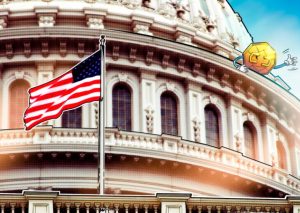 United States Representative Ritchie Torres has introduced bills in the House of Representatives to prohibit misuse of customer funds by cryptocurrency exchanges and to require they disclose proof of reserves to the Securities and Exchange Commission. The short bills are intended to supplement other legislation on cryptocurrency, Torres said.

Torres introduced the bills, which have the titles of “Crypto Consumer Investor Protection Act’’ and “Crypto Exchange Disclosure Act,’’ on Dec. 1. The bills are very short. In copies obtained from Torres’ office, the body of the first bill, H.R. 9241, reads:

“A cryptocurrency exchange may not lend, leverage, or co-mingle the funds of a customer without the consent of such customer.”

The bills have been referred to the House Financial Services Committee.

“Crypto has a place in the American economy, but it must be carefully regulated,” Torres said at a press conference about the bills. He has a record of supporting crypto, including authoring an editorial on the “liberal case” for crypto in a New York newspaper. On Dec. 5, he wrote a letter requesting a Government Accountability Office review of “the SEC’s failure to protect the investing public from the egregious mismanagement and malfeasance of FTX.”

There are several bills that Torres’ legislation might be matched with, including one drafted by House Financial Services Chair Maxine Waters and ranking member Patrick Henry. Torres is also a member of that committee. In November, blockchain analytics company Chainalysis compiled a list of 20 bills before the U.S. Congress that could affect cryptocurrency.