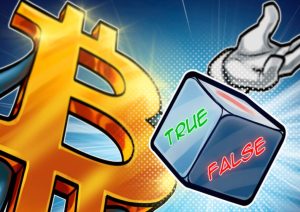 In an Oct. 2 Twitter post to his 2.1 million followers, the author noted the prices of the three commodities — sometimes referred to as “safe haven” assets — would continue getting lower as the U.S. dollar strengthens, proving its worth once the “FED pivots” and drops interest rates.

In a post the day before, Kiyosaki predicted this “pivot” could happen as soon as January 2023, which would see the U.S. dollar “crash” in the same way as the recently collapsed English Pound Sterling.

“Will the US dollar follow English Pound Sterling? I believe it will. I believe US dollar will crash by January 2023 after Fed pivots,” said Kiyosaki, adding he “will not be a victim of the F*CKed FED.”

Since as early as May. 2020, Kiyosaki has been a proponent for asset classes that the Fed cannot directly manipulate, having once warned investors to “Get Bitcoin and save yourself” following the Fed’s immediate mass money printing episodes in response to the COVID-19 pandemic.

Interestingly, Kiyosaki’s liking for Bitcoin stands despite not believing there’s any value to it, he said in a recent interview on Rich Dad. The author appears to be standing behind Bitcoin again in his most recent tweet, noting:

“When FED pivots and drops interest rates as England just did you will smile while others cry.”

In a September letter to his mailed subscribers, Kiyosaki stressed the need to invest in digital assets now in order to score outsized returns over the long term:

The U.S. dollar has been gradually gaining strength over other major global currencies over the last year, with the GBP/USD, EUR/USD, and JPY/USD falling 18.24%, 15.54%, and 23.33% respectively, according to Trading Economics.

At the same time, the Fed’s interest rate hike, along with a strengthening USD has coincided with a 55% drop in the crypto market cap over the last 12 months.

“October is a pretty volatile period of time, especially when combined with high inflation, with a lot of debate in terms of the Fed and policy change. The concern is that if the Fed tightens too much, the U.S. economy may actually go into a severe recession.”