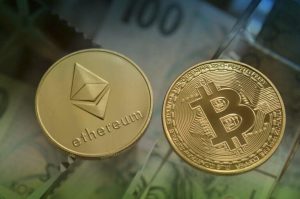 On Friday (August 12), former White House Director of Communications Anthony Scaramucci, who is the founder and managing partner of global alternative investment firm SkyBridge Capital, shared his thoughts on the crypto market.

On 4 January 2021, Skybridge announced “the launch of the SkyBridge Bitcoin Fund LP, which provides mass-affluent investors with an institutional-grade vehicle to gain exposure to Bitcoin.”

The press release went on to say:

“Additionally, on behalf of its flagship funds, SkyBridge initiated a position, valued at approximately $310 million at the time of this release, in funds investing in Bitcoin during November and December 2020.“

According to a report by Cointelegraph published on April 25, SkyBridge Capital “also has money deployed in other hedge funds, late-stage private tech companies and real estate.” SkyBridge has also been trying to get a physical Bitcoin ETF approved by the U.S. SEC.

Anyway, on August 12, Scaramucci spoke to Melissa Lee on CNBC’s “Squawk Box”, and according to a report by The Daily Hodl, here is what he had to say about the current macro environment and the crypto market during this interview:

“You’re getting better-than-expected inflation data… I was just looking at the fourth quarter [of] 2019 – GDP numbers, the inflation and unemployment numbers…

“And if you just stop and think about it, we hit pause, the pandemic created this havoc, we inducted a lot of money into the system that caused some inflation, and obviously you had the supply chain disruption. But you could very well get back to that fourth quarter of 2019, which was a very strong economy, low unemployment, and benign inflation – that’s probably six to 12 months away, and I think the market’s starting to realize that. The crypto market, obviously, it is our belief that most of the leverage is completely out of that system…

“If you’re out of the market for the ten best days, you’ve reduced your return from a 7.5% return to a 2% return… I don’t want us to start herking and jerking the portfolio based on emotion. Again, we’re up 45% since we last spoke. We did nothing but hold the positions and stick to our discipline. I think that’s the message I’m trying to send to investors… I tell people, ‘Just relax. See through this.’ We see a pretty optimistic scenario for Bitcoin, Ethereum, Solana and Algorand over the next 12 to 24 months.“

As for his Bitcoin price prediction, Scaramucci expects the $BTC price to hit $300,000 within the next six years.