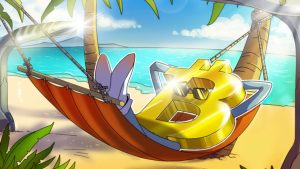 The leadership of the crypto-friendly charter city of Próspera in Honduras has hit back at reports it is facing a backlash from residents of the neighboring community of Crawfish Rock over its expansion plans.

A July 5 article from The Guardian reported the special economic zone, touted as an island paradise with low taxes/fiscal responsibility, luxury homes and crypto-friendly regulation has seen pushback from some residents of the Crawfish Rock community.

Some residents are reportedly concerned about being displaced from their homes due to Próspera’s potential expansion plans, with the article describing the project’s headquarters as sitting “amid a landscape scarred by a bulldozer and deep holes dug for the foundation of the next phase of construction.”

It’s another salvo against the Bitcoin-loving city, which has been battling with the Honduras government after it repealed a Zones for Employment and Economic Development (ZEDEs) legislation in April, which was a key piece of legislation that would allow it to operate as a self-governed fully autonomous zone.

A lengthy Twitter thread from Próspera and article by general counsel Nick Dranias on July 6 however, claimed that articles such as the one from The Guardian as just another example of a “barrage of lies and misinformation from the mainstream media.”

“Unsurprisingly, given the impactful nature of our project, we have been confronted with a barrage of lies and misinformation from the mainstream media.”

“Myth #1: The Próspera team did not adequately socialize the project prior to launch.

Myth #2: Próspera is an ideological/crypto/libertarian project.

Myth #3: In Honduras, the Próspera ZEDE expropriated land from locals.”

A Próspera representative told Cointelegraph that in general, the community response has been positive bar a select few:

“We have a fantastic relationship with the local community, are the largest employer of the community, and generally work well with them. In fact, only two members of the community dislike us — the media just always speaks to only those two individuals.”

Próspera Global also claims on Twitter that the supposed bulldozer scraped lands are construction sites for environmentally friendly “low-cost housing available to any islanders,” with the building jobs serving as a source of employment for the local community.

Próspera has been locked in a legal standoff with the government since President Castro repealed the ZEDE law in April, which would give the project 12 months to register under a different framework such as a “Free Zone” which would offer tax cuts but not allow self governance.

At the start of June, Próspera submitted a request for government consultations under the Investment Chapter of the Dominican Republic–Central America–United States Free Trade Agreement (CAFTA-DR), in a bid to maintain its ZEDE status under the legal terms of the initial agreement.

Honduras Próspera Inc. has remained staunch that its registration as a ZEDE has a valid “legal stability” for at least another 50 years due to the legal framework of the agreement it signed with the government back in 2017. In a June 4 blog post, the firm noted that:

“A failure to uphold these commitments would constitute a breach of international and Honduran law, as well as wrongful and unfair treatment of Honduras Próspera. Moreover, it would send a message to the world that no foreign investment in Honduras is secure.”

The company stated it hopes to avoid an “international investor-state arbitration” and hopes that the government will act in “good faith” to the initial ZEDE agreement. The firm plans to “invest hundreds of millions of dollars more in the coming years,” and In April, Honduras Próspera Inc. raised $60 million to invest in the project despite the ZEDE repeal.

The representative added that the government is “yet to formally respond to our request for official consultation.”

Próspera is a privately-managed settlement in Honduras managed by Honduras Próspera Inc. The initial size of the Próspera Village is 58 acres and contains areas for its headquarters, housing, and areas for businesses to set up shop. Its size can grow over time if local landowners agree to integrate their properties into the ZEDE territory.