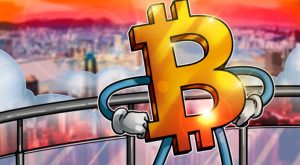 Bitcoin (BTC) headed toward the upper end of its trading range on June 24 as optimism crept back into traders’ forecasts.

Data from Cointelegraph Markets Pro and TradingView tracked a broadly stable BTC/USD as it hit local highs of $21,425 on Bitstamp.

The pair had shifted higher since wicking below the $20,000 on June 22, with United States equities similarly cool going into the weekend.

At just above the crucial 200-week moving average (WMA), $23,000 formed a popular upside target for commentators — and sellers.

As noted by trading suite Decentrader, whales on exchange Bitfinex had set asks in that area, providing the potential for BTC/USD to “fakeout” above the 200WMA in the event of a squeeze.

“The 200WMA has great historical significance having held up price in previous bear markets, and will be of major interest to traders when price revisits it,” Decentrader wrote in its latest market update, echoing popular sentiment.

“Over at Bitfinex where we know the whales particularly like to dominate, there is a significant wall of asks at $23,000 just above the 200WMA level. There is no guarantee that those asks will stay there or cannot be broken when price reaches them. But it is worth noting them and therefore being aware of a potential fakeout risk around the 200WMA that may reject price on its first attempt to break through.”

The firm added that overall, while crypto was “not out of the woods,” the market was giving signals that were “encouraging for the bulls.”

Altcoins meanwhile stole the show on low timeframes as the week came to a close.

Ripple (XRP) and Solana (SOL) performed even better, both with daily gains in double figures and the latter knocking on weekly returns of nearly 30%.

The sea of green was omnipresent among the top fifty cryptocurrencies by market cap, with only UNUS SED LEO (LEO) bucking the trend, trading down 5.8% at the time of writing.

“Great market environment here, as markets are continuing the upwards momentum,” Van de Poppe said in a separate update, adding that ETH/USD could hit $1,500 “during the coming weeks.”