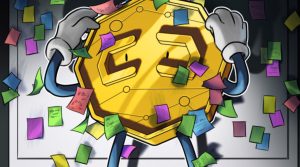 The top financial officials from the Group of Seven (G7) largest advanced industrial economies has called on the Financial Stability Board to speed up crypto-asset regulation, Reuters reported Thursday, citing a copy of a communique it had obtained. The officials from Canada, France, Germany, Italy, Japan, the United Kingdom, and the United States were meeting in Koenigswinter, Germany, following a G7 foreign ministers’ meeting earlier in the week.

“In light of the recent turmoil in the crypto-asset market, the G7 urges the FSB (Financial Stability Board)…to advance the swift development and implementation of consistent and comprehensive regulation,”

The turmoil referred to was the de-pegging of the TerraUSD (UST) stablecoin that began May 8 and sent shockwaves throughout the crypto sphere. There were warning signs that the G7 ministers would be addressing the problem at their meeting.

Bank of France Governor François Villeroy de Galhau, speaking at the Emerging Market Forum in Paris on Tuesday, said, “Crypto assets could disrupt the international financial system if they are not regulated, overseen and interoperable in a consistent and appropriate manner across jurisdictions.” He added, “We will probably […] discuss these issues among many others at the G7 meeting in Germany this week.”

The Financial Stability Board is an advisory body associated with the Bank of International Settlements. Its members represent institutions from 24 countries and several international organizations. It has no enforcement authority.

The collapse of the Terra algorithmic stablecoin has had repercussions in legislatures around the world. United States Treasury Secretary Janet Yellen reiterated her previous calls for a “consistent federal framework” on stablecoins in a Senate Banking Committee on May 10, saying the situation “simply illustrates that this is a rapidly growing product and that there are risks to financial stability and we need a framework that’s appropriate.”