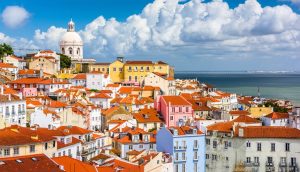 To the chagrin of many Golden Visa seekers, Portuguese Finance Minister Fernando Medina has confirmed that his country will begin taxing cryptocurrency but has not committed to a date.

The move to start taxing crypto was seconded by Secretary of State for Tax Affairs António Mendonça Mendes on May 13 according to Sapo, a local news outlet.

There is not yet an effective date for the tax to start or a set rate, however. It will be levied on investment gains made from cryptocurrencies like Bitcoin (BTC), the largest crypto by market cap. This would reverse the tax law that was established in 2016 which stated that since crypto is not legal tender, gains cannot be taxed.

Medina said in a working session at Parliament that his rationale for the tax came about by comparing Portugal to countries that “already have systems” in place. Additionally, Sapo reported that Medina noted that it doesn’t make sense for an asset that creates capital gains to not be taxed. He said:

“There cannot be gaps that cause there to be capital gains in relation to the transaction of assets that do not have a tax.”

It appears that Medina will not impose a stifling rate of taxation on crypto gains. He explained that it is important to create and implement a system that makes taxation “adequate,” but which does not “end up reducing revenue to zero, which is contrary, in fact, to the objective for which it exists.”

Up until now, Portugal has been seen as a crypto tax haven that offers a permanent residency visa known as the Golden Visa because it grants holders special tax exemptions and a path to citizenship. The Golden Visa program was started as a means of attracting foreign investors. Industry observer Anthony Sassano saw the funny side: 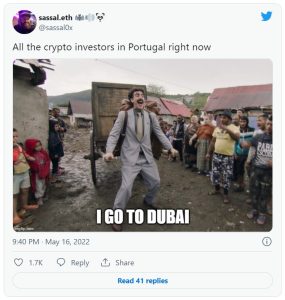 In February, an emigrant to Portugal praised the western Iberian nation for its adoption rate of crypto among merchants and even suggested Bitcoin could become legal tender there one day in an interview with Cointelegraph. However, he may have much to think about now that the tax law regarding crypto is set to be reversed.