The bitcoin futures ETF from ProShares will begin trading next week, an amended filing from the company indicated late Friday, marking a milestone moment in the development of the crypto industry in the United States.

The Securities and Exchange Commission had not formally approved the creation of bitcoin futures ETF as of Friday afternoon and the agency may never make a formal declaration of approval for it. But the ProShares’ announcement indicates that the agency is unlikely to block the listing at this point.

NYSE Arca late Friday afternoon certified “its approval for listing,” meaning that the exchange will allow investors to trade the funds as allowed under federal law without SEC intervention. A person familiar with the SEC’s decision-making clarified that the ETF will be allowed to begin trading next week, barring any last minute complaint from the regulator.

The ProShares Bitcoin Strategy ETF, which will give exposure to bitcoin futures contracts but not the spot market, will trade under the ticker “BITO.”

The proposed date for the listing is Monday, according to the new filing, but that doesn’t necessarily mean that’s when it will begin trading. That could come later in the week. ProShares declined to comment.

Crypto advocates have been pushing for years for regulator to approve an ETF related to bitcoin, and the arrival is expected by many to bring in a new class of investors into the digital currencies.

Several companies, including Invesco and Valkyrie, have applied to launch similar ETFs that could follow ProShares into the market in the weeks ahead.

The approval of a futures ETF for bitcoin will be seen as only a partial victory by some in the crypto community, as the outlook for a similar fund that tracks the spot-market price of bitcoin remains unclear.

An ETF, which stands for “exchange traded fund,” is an asset that trades on the open market like a stock and is open to regular investors. Some companies, such as Grayscale, have products that offer exposure to bitcoin already but they are only available to qualified wealthy investors or in over-the-counter markets, where the shares often trade at a price that does not match the underlying cryptocurrency. 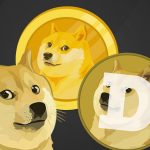 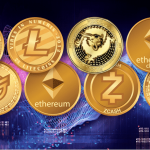