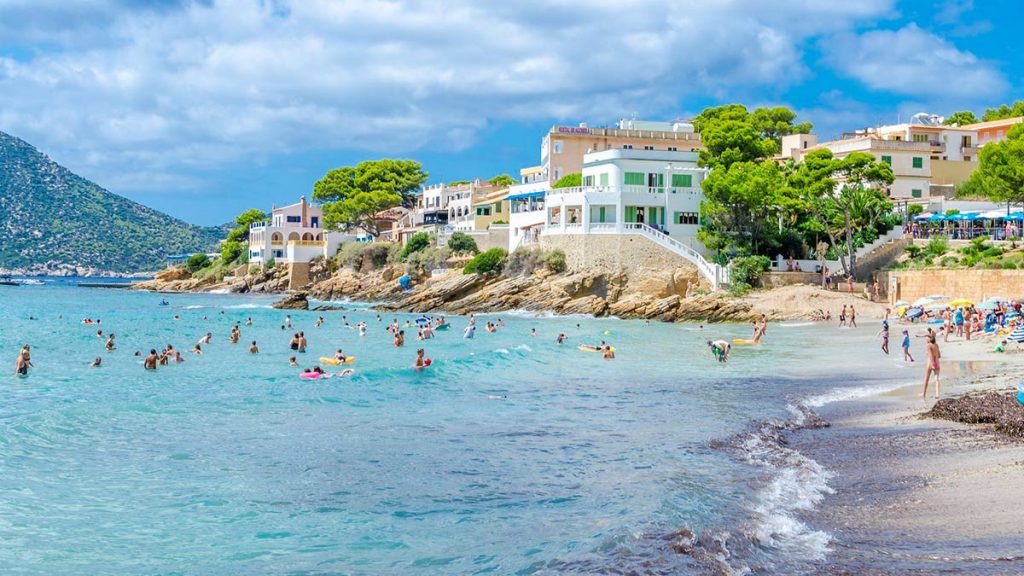 Plenty of discussions and arguments have been devoted to analysing why Europe can’t compete with the US and China in creating tech giants. Even though a $1 billion company sounds like a great achievement, it can’t really be compared with the giants having a capitalisation of $500 billion.

The entrepreneurial history proves that conditions to grow a unicorn (a private company valued at over $1 billion) are more flourish within the territories of the US or in the highly competing Chinese market. As calculated by the investment banking company GP Bullhound, two most promising European start-ups Spotify and Zalando share together a valuation of $42 billion, while at the same time Alibaba is valued at more than $480 billion, and Facebook’s capitalisation surpasses $550 billion.

The analytical data provided by the same report assessing the valuation of tech European companies demonstrates why the European entrepreneurial lags if compared to Asian and the US one.

The shortage of talent can be excluded from the list of possible reasons for such disparity. The fact is that Europe offers a great educational system with many universities working on a free education model to raise prominent computer scientists, software developers, mathematicians, engineers and business executives.

The reason can be identified to the lack of funding with considerably fewer investment resources available as argued by Manish Madhavni, managing partner of GP Bullhound. Tech firms in Asia and America have raised funding of $7.3 billion, while the European venture capital scheme has managed to raise only $1.6 billion. Of course, the reason EU has stayed far behind in growing successful unicorns could be indicated in a different culture, a more laser-focused educational system in human sciences rather technology and business, and in regulatory policies in a highly bureaucratic and taxation environment. At the same time, EU with the introduction of the General Data Protection Regulation (GDPR) and stricter data protection laws gives another hustle to fast-growing start-ups to monetise additional sources of revenue. Last but not least, hiring employees in Europe adds a cost of around 30% on top of the income in social costs and taxes, while in the US and the leading startup hub in Asia – Singapore – social costs don’t exceed 8% of net income. In fact, the latest is not limited to the additional cost burden, but to the overregulation of the labour market in Europe, in comparison to the US or Asia.

The values demonstrate that each entrepreneurial hub across the globe has a domain of focus and promotes startups and innovations in that area – maybe unintentionally, but due to the growing opportunities for that kind of start-ups.

European start-up hubs have a comparative advantage due to the bad financial situation of southern economies which face financial difficulties, hence it’s easy for London, Paris, or Berlin-based companies to have access to skilled surpass from Greece, Spain, Italy and Portugal. Meanwhile, in the US hubs the demand for tech talent is that high, which makes it very challenging to find qualified human talent. At the same time, European start-ups can easily benefit from the mobility across the EU member states, while in Asian countries getting a work permit could be a big hassle for foreign citizens.

In the last decade, there were a bunch of successful fintech companies grown in Europe. Companies like N26, Revolut or Transferwise (to name just a few) changed the way we do payments or totally revolutionised the remittances market outperforming industry’s giants like Western Union. With the introduction and adoption of disruptive concepts, fintech start-ups became some of Europe’s most valuable companies within just a few years – with many times leading the industry’s trends across the globe. Nine tech companies, including Klarna and the aforementioned Transferwise, raised $200 million. 2018 was a stellar year for fintech start-ups with over 1,700 of them accounting for nearly $40 billion.

At the moment, Europe is undergoing seismic developments in the banking, finance, and insurance industries. The financial recession in many EU capitals with the growth of mobility within the EU territory has been the great storms in terms of the challenges and opportunities fintech startups could overcome. The European Commission has published an Action Plan on how to harness the opportunities presented by technology-enabled innovation in financial services. The ambition is that Europe should become a global hub for fintech, with EU businesses and investors able to make most of the advantages offered by the Single Market in this fast-moving sector. The Commission sees this as also relating to Capital Markets Union (CMU), a properly functioning single market for consumer financial services, and the creation of a Digital Single Market.

To date, London has been the fintech start-up and financial capital of Europe. Though with the Brexit fast-approaching, Berlin, Stockholm, Paris and Amsterdam are working hard to become the next not only EU but rather global fintech capitals. Wealth management, peer-to-peer (P2P) lending, cheap or even transaction-free global payments, interoperability and privacy in regulatory technology, and blockchain are coming to change forever the experience we have with traditional financial actors.

Even though fintech start-ups were originally considered to be a potential threat to traditional financial leaders, banks tend to act as major supporting pillars for the fintech community today in an effort to improve user experience, retain bigger market shares, and expand the offered services.

Why we are confident for the future of EU fintech start-up?

In January 2018, the EU’s Revised Payment Services Directive (PSD2) directive went into force. This directive has unlocked a new wave of opportunities for start-ups, leading banks to:

Why this is critical?

If a customer gives a fintech company permission to access his banking data, then the latter can pull balance data and transaction history from the bank’s API and serve this back to the customer.

A customer can give even further permission to a fintech company to implement payments out of their bank account on their behalf. In order to understand how this works into practice, payment gateways like PayPal are not charging additional fees if they procure a payment directly from a saved credit or debit card saved into the payment account. With access to balance information and transaction history, fintechs can become the new and improved front-end for banks.

Many people associate Europe’s fintech scene mainly with mobile payment and banking services companies such as the aforementioned Revolut, Transferwise, N26, and Monese. However, fintech touches a many other areas, for example, lending services and investments. Some of the EU companies like Funding Circle, Roobee, and Viva Wallet pioneered their respective niches by blending finance and new technologies:

Funding Circle provides online lending services in the UK, Germany, the Netherlands and the US. Its platforms allow investors, such as retail investors, banks, asset management companies, insurance companies, and government-backed entities and funds to provide business loans for SMEs. Funding Circle says its UK lenders have received 4.4%-7.2% annually for their loans since 2010 (after loan losses are accounted for).

Roobee has been designed specifically with younger investors in mind and is on a mission to bring ordinary investors the same tools and opportunities as the super wealthy. Roobee calls itself the Uber of investment for the idea of bringing together a number of investment instruments from a range of different markets, and gives users instant access to the market with no commission fees for buying investment products. The platform aggregates the services and possibilities from each market and serves them up in an accessible way, with investors able to get started from just $10.

Artem Popov, CEO of Roobee, recently told Forbes: “We established a community with over 200,000 retail investors and potential Roobee clients in the future. We helped over 5,000 people invest over 21,000 ETH (equivalent to $15 million) in several investment funds, venture and blockchain projects.”

Viva Wallet (operated by Viva Payments) is a cloud-based digital payments factory providing acquiring and issuing services to professionals and businesses. The company was founded in 2010 in Greece and has international presence in the UK, Belgium, Cyprus and Romania. Recently DECA Investments, a development fund in Luxembourg, acquired a minority stake in Viva Wallet, valued at over EUR 15 million.

At present, Viva Wallet claims to be the only financial institution throughout Europe based entirely on cloud infrastructure (Microsoft Azure).

What’s next for the European fintech start-ups?

Europe’s fintech companies are getting serious about the possibility of a no-deal Brexit, and this was discussed at length at the recent Paris Fintech Forum. The industry participants talked about what steps they are taking to prepare for the worst-case scenario.

Meanwhile, EU’s banking watchdog intends to design sandbox and innovation hubs for nurturing cross-border fintech companies. The sandbox, or controlled environment some countries offer fintech firms for testing new applications on real customers, was first launched by the UK and is regarded by the sector as having helped London become a major fintech hub. Denmark and the Netherlands also have sandboxes.

The UK’s looming departure from the EU has put pressure on Brussels to step up efforts to encourage fintech firms to set up shop in the EU, and the European Commission’s fintech action plan policy (referenced in the article earlier) aims to raise the level of regulatory and supervisory capacity as well as share knowledge about new technologies.