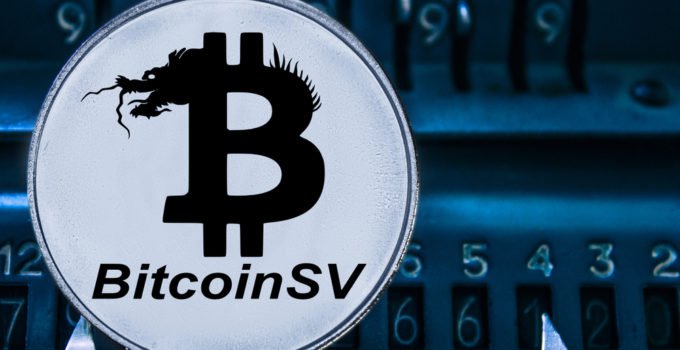 When Bitcoin Cash split into two different blockchains in November 2018, it sent shockwaves through the cryptocurrency space.

The resulting blockchains, Bitcoin Cash (BCH) and Bitcoin SV (BSV), both made major changes to the original code. But in the aftermath of the hash war, which one comes closest to representing Satoshi’s Vision?

WHY DID BITCOIN SV SPLIT FROM BITCOIN CASH?

It all started on August 20th, 2018, when the developers of Bitcoin Cash announced an update known as Bitcoin ABC 0.18.0. This update required a hard fork, and was scheduled for November 15th. It laid out the following changes for the Bitcoin Cash blockchain:

“• A new opcode called OP_CHECKDATASIG that improves the BCH scripting language to permit the validation of messages from outside the blockchain. This will enable uses such as the use of oracles and cross-chain atomic contracts.”

“• The introduction of canonical transaction ordering. This is a technical building block that lays the foundation for massive scaling improvements in the future.”

In short, Bitcoin Cash was pushing ahead with smart contracts and oracles – features present in blockchain platforms like Ethereum and decentralized prediction markets like Augur.

Not everyone wanted to change Bitcoin Cash’s focus from payments to dApps, but the biggest point of contention was the change from topological ordering to a canonical ordering of transactions – a change critics deemed unnecessary and overly complicated.

CoinGeek CEO Calvin Ayre emerged as a formidable opponent to the update, stating that his mining pool would not mine the BCH chain if the changes were implemented. Joining Ayre was ‘Faketoshi’ Craig S. Wright, and the two eventually came up with plans for their own update: Bitcoin SV.

The other side had their own cryptocurrency mining pool and token rich guy in the form of Jihan Wu’s Bitmain and Roger Ver – both of whom supported the update and intended to see it through. As November neared, neither side backed down. The stage was set for all-out crypto war.

On November 15th, the respective updates were implemented and the Bitcoin Cash chain split into two – (ABC) and (SV). Now the goal of each opposing team, backed by their own mining pools, was to legitimize their respective chains first by mining the most blocks in the fastest time.

CoinGeek, Ayre, and Wright poured all their resources and computing power into mining the BSV chain, while Jihan Wu, Roger Ver, and Bitmain directed their efforts into BCH/ABC. The hash war, like any war, was messy and underhanded at times. As the owner of Bitcoin.com’s mining pool, Roger Ver redirected mining power from the Bitcoin (BTC) blockchain and targeted it at the BCH/ABC chain to gain an advantage.

Just one week later, both sides had burned through almost $12 million. According to this breakdown from BitMEX Research, it cost $11.8 million just to lease the mining hardware in the week following the hardfork. Taking mining rewards into account, this resulted in combined gross losses of $8.9 million between both groups in just under seven days. By November 23rd, Calvin Ayre had called for a truce and decided to initiate replay protection on the Bitcoin SV blockchain. This effectively made each chain its own unique cryptocurrency blockchain, and so there was no longer any need to compete in the hash war.

Note that this was not an outcome anyone wanted. The goal of the hash war was to eliminate the other chain and claim sovereignty over the BCH ticker symbol as it appears on websites and crypto exchanges.

By November 23rd, Calvin Ayre had called for a truce and decided to initiate replay protection on the Bitcoin SV blockchain. This effectively made each chain its own unique cryptocurrency blockchain, and so there was no longer any need to compete in the hash war.

Note that this was not an outcome anyone wanted. The goal of the hash war was to eliminate the other chain and claim sovereignty over the BCH ticker symbol as it appears on websites and crypto exchanges.

After the dust settled, the hash war was blamed for Bitcoin’s plunge during the last two months of 2018. Whether the market reacted with uncertainty due to the messiness of the hash war, or whether Craig Wright made good on his promise to sell his BTC holdings to fund it, is unclear. Bitcoin sunk 52% in the 30 days following the war, falling from a coin price of $6,500 down to $3,100.

BITCOIN SV – IS IT SATOSHI’S VISION?

In the end, the Bitcoin Cash ABC implementation retained its BCH ticker symbol on most cryptoasset exchanges, although some also choose to delineate it as BCH/ABC, or simply ABC. Meanwhile, the implementation backed by Wright and Ayre became known as Bitcoin Cash SV (BSV) – an acronym incorporating Satoshi’s Vision.

CoinGeek’s Calvin Ayre suggested BSV resulted from the demands of miners, as laid out in the announcement for Bitcoin SV:

“Because miners should drive the roadmap in the Bitcoin space, CoinGeek and other miners asked nChain to create a professionally-driven implementation of the Bitcoin full node software (for use on BCH) that restores the original Bitcoin protocol.”

The following changes were designed to bring BCH significantly closer to the original Bitcoin protocol:

The restoration of those ‘op codes’ is said to allow the Bitcoin SV chain to host various programming languages. This would potentially open up Bitcoin SV to become the thing that Craig Wright claims it must – the money of the internet.

Serious doubt has been thrown on those claims, however, as some have pointed out that Satoshi’s original op codes are no longer compatible with the modern versions of Bitcoin. The block size increase seems largely irrelevant at this point, as neither BCH nor BSV have posted blocks exceeding 1 MB since the depths of the hash war.

WHAT ABOUT BITCOIN CASH?

The original BCH didn’t escape the war looking too good, either. The coin price plunged 87% in the month after the hashing contest, from $630 down to $76.

Roger Ver and company also came under fire for activating checkpoints on the BCH blockchain. Fearing an onslaught of hashing power from a hidden mining pool, the checkpoints were added as a failsafe. It meant that any would-be attacker would find it much more difficult to reorganize the entire blockchain to their liking. A BitMEX blog post details some of the risks and rewards associated with blockchain checkpoints.

The Bitcoin Cash community defended the implementation of checkpoints by pointing out that Satoshi Nakamoto planned the same thing in 2010.

“I think this is philosophically a very good direction. Miners are the military of a blockchain, not the government, and if a military doesn’t do what the civilian government wants, you fire them.”

The term ‘Satoshi’s Vision’ is no more than a marketing phrase – how could it be anything more? Bitcoin itself has been tweaked and updated numerous times since its inception, and BCH and BSV are both hardforks of hardforks – updates built on top of updates.

BCH and BSV are different enough that their future developments should be watched with interest; however their war added little to the crypto community, and neither can really lay claim on being the true Satoshi’s vision.