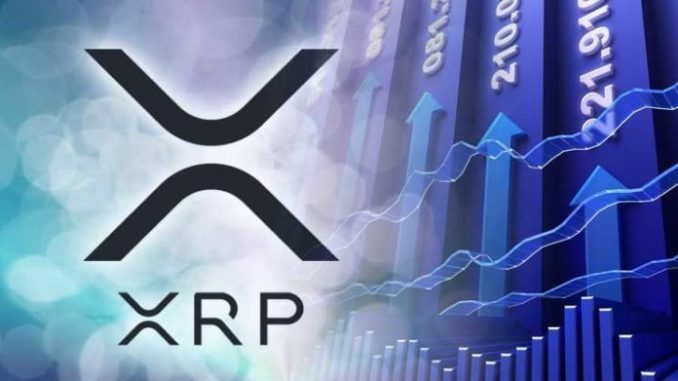 The third-largest cryptocurrency might be currently trading at $0.32. But according to one trader, in the coming years, XRP is going to hit $1,000.

On January 7th, XRP hit its all-time high at around $3 and now according to trader AinisSpainis, XRP can see a growth of more than 33,000 percent from its peak.

However, the trader clearly explained that the number is not pulled out of thin air rather based on Fibonacci extensions drawn from previous lows to new all-time highs. He further cautions that there is no set date for this, as this could happen in about 3 years, take a decade or even more than that.

“This is not fanatic mumble-jumble price prediction. Price target regions are based on Fibonacci extensions from previous lows to new ATH’s. This worked 100% from the beginning of XRP’s life. To achieve these targets, a lot of things have to happen. But it’s possible. Candle pattern is for entertainment purpose only. No dates are attached to targets.It could take 3 years to achieve all target zones and it could take 10 years and more.”

Back in April, Dan Morehead, the CEO of Pantera Capital had said that the entire crypto industry could easily go to $40 trillion. But if as trader AinisSpainis says happens and XRP surges to $1000, it will achieve a market cap of over $41 trillion at the current circulating supply.

On being realistic with his prediction, and how did he reach on this, the trader replied, “The same thing when it was half a cent, 3$ were unrealistic. There is nothing unrealistic in this world. Target regions are based on Fibonacci extensions from previous lows to new ATH’s and this worked 100% till now. Nobody can tell how the future will look for sure, but it’s not a reason to be ignorant. Look at the past and draw the future.”

While another one added, “Let’s first break those 33 cents … which looks like hard resistance. I see pull down to sub 20c in near future,” and another one, “I will be thrilled when it gets to 1 USD. No need much more than that.”