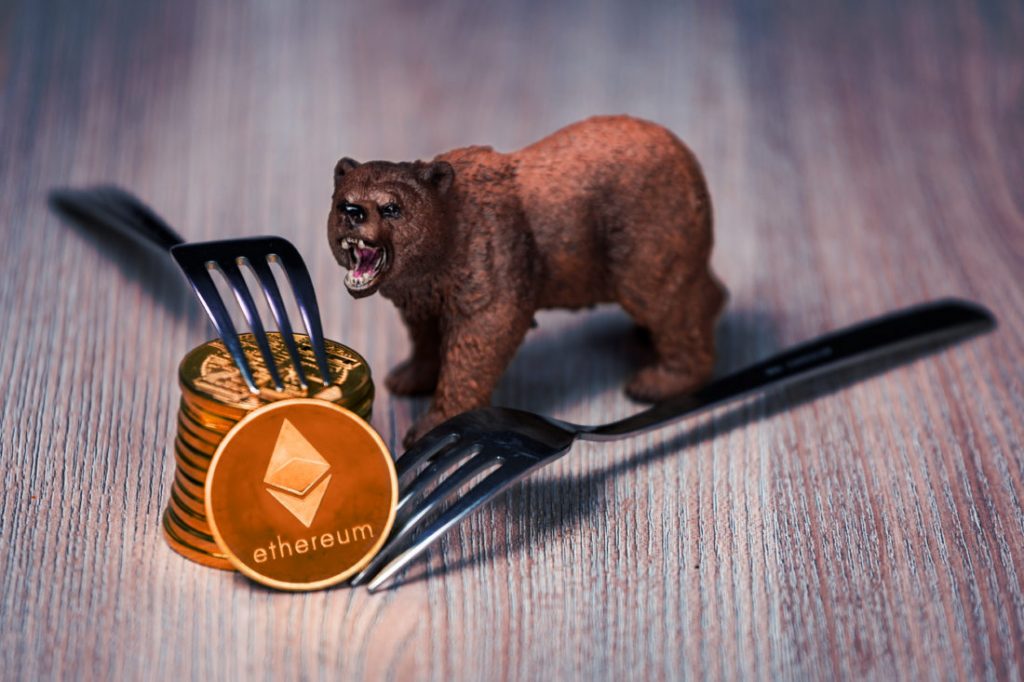 Over the past month Ethereum (ETH) has seen some overwhelmingly positive price action, surging from lows of $104 to highs of over $150. Part of this price surge may be due to its upcoming Constantinople hard fork, which will offer the crypto multiple enhancements and will reduce its future inflation rates, which will likely be positive for the cryptocurrency in the long-term.

Despite this, many analysts are now warning traders that Ethereum will likely see increased selling pressure at the time of, or after, the event, which is in-line with the age-old trader credo of “buy the rumor, sell the news.”

At the time of writing, Ethereum is trading up nearly 3% at its current price of $149. Many analysts have claimed that Ethereum’s nearly 50% surge from its February lows has led the entire crypto markets to follow suit, and this price surge may be, in part, due to anticipation for Constantinople, which is estimated to occur sometime next week.

Alex Krüger, an economist who focuses primarily on cryptocurrencies, recently spoke about Ethereum’s current price action, noting that a disturbing trend is unfolding with its long to short ratio, which is currently at its highest level since just prior to ETH’s November crash.

“Last time $ETH longs/shorts ratio was this high was before the November 60% crash. Constantinople comes Feb/25. Cryptos often raise in anticipation of a fork -long the narrative- reach a local top days before, and crash into the fork. Mind the current crypto pump was ETH driven,” Krüger explained, further adding that Constantinople is widely expected to occur around February 28th, not the 25th.

UB, a popular cryptocurrency trader on Twitter, recently shared his thoughts on Ethereum, noting that from a technical perspective ETH looks weak, and may see a pullback to levels as low as $122 in the near-term.

“$ETH – ETH stalling at the Area of Interest makes an argument for distribution. A chart that looks like this (little to no pullback on a run up) isn’t something I would long. I’m looking at a pullback as far as ~122. Yes I know Constantinople etc etc. I trade the charts.”

Despite Bearishness, Ethereum Does Have Buying Support Around Current Prices

Although most traders are currently approaching Ethereum with caution – as the effect that events like Constantinople can have on price can be unclear – one analyst is quick to point out that ETH does have a lot of buying pressure around its current price levels, which could be bullish.

“$ETH… Wonder where the buy wall is,” Hsaka, a popular cryptocurrency analyst on Twitter, concisely noted while referencing an ETH / USD chart.

As Constantinople draws nearer, traders and analysts will likely gain greater insight as to what effect the hard fork will have on its price in the near-term.