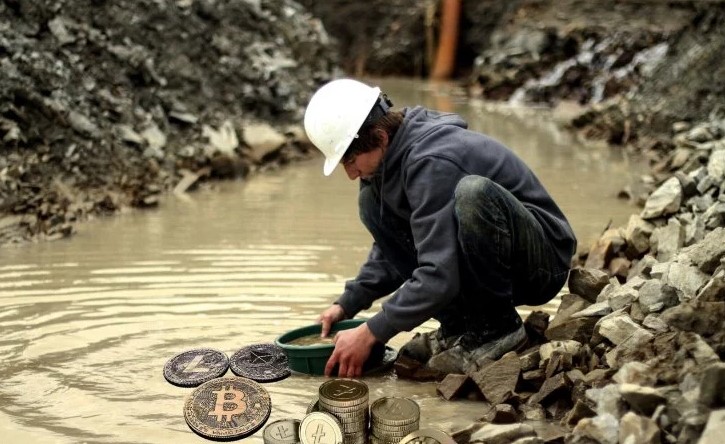 Many years ago, at the dawn of mining, conventional processors (CPUs) were used to mine Bitcoin. Users who believed in the bright future of cryptocurrency installed special software, entered the wallet number, started the calculation and waited for the reward. Later, when the first high-speed graphics cards (GPU) were invented, mining with CPU ceased to be so relevant, as the complexity of the network immediately increased. The logical continuation of the development of the industry was the emergence of the first devices based on specialized chips, the so-called ASIC-miners.

The repeated growth in network performance forced all other owners of outdated devices to stop cryptocurrency mining due to the fact that the payment for electricity exceeded the benefit.

Today, huge farms exist for mining cryptocurrency. Most of them are located in the East, particularly in China. In addition, most companies which distribute ASIC-miners also come from Asia.

ASIC-miners became a potentially major problem even at the time of their appearance on the market. The emergence of specialized mining equipment for the SHA256 algorithm, which was more efficient than mining on a CPU or GPU, significantly complicated the life of Bitcoin miners and forced large mining farms to get involved in the race for computing power and cheap electricity.

It should be noted that the majority of relatively young blockchains, including Ethereum, have hashing algorithms that are resistant to the use of ASICs equipment to a certain extent. For example, the developers of anonymous cryptocurrency Monero deliberately complicate the lives of ASIC manufacturers, making changes to the algorithm every six months.

Even the slightest differences make ASIC a useless device: this equipment is optimized for the mining of specific cryptocurrencies, and changes in the algorithm drastically reduce their effectiveness, sometimes making them completely useless.

The use of ASICs obviously causes harm to the entire industry, as it leads to the centralization of the network, and the emergence of large miners.

CPU mining is performed similarly to the process of obtaining cryptocurrency according to the Proof-of-Work algorithm (PoW).

Most of the blockchain networks have built-in mechanisms for adapting the complexity of the computations performed, due to the fact that the confirmation time for one block must be constant. Therefore, as the total computational power increases, it is necessary to increase the mining complexity so that the time spent by the sides remains the same. There are some coins whose mining is specially optimized for processors, which is done to get the highest degree of network decentralization and to ensure the widest possible access to cryptocurrencies.

GPU mining is the process of cryptocurrency mining using graphics processors. To do this, one uses a powerful video card on a PC or a specially built farm from several devices in one system. Video cards are initially designed for processing large amounts of data by performing operations of the same type, as is the case with video processing. The same case is observed in cryptocurrency mining because here the hashing process is of the same type. In this regard, laptops or processor integrated chips with full-fledged discrete video cards are used.

Actual cryptocurrencies for mining with CPU

Currently, you can get the most income from CPU mining if you choose coins that operate on the Cryptonight cryptocurrency algorithm: Monero, Bytecoin, Electroneum, DigitalNote, etc.

The cryptocurrency was launched in 2014. It is a coin with an emphasis on transaction privacy. Monero operates on a Proof-of-Work algorithm for verifying transactions. The digital asset works fine with a CPU, which makes it an excellent option for miners with small budgets.

To start mining Monero with a CPU, you need to create a wallet on one of the exchanges or install a local version of the wallet by downloading it from the official Monero site at https://monero.org/downloads/.

It should be taken into consideration that the full synchronization of the wallet with the network can take some time, and it requires a lot of disk space. In the latest versions of Monero wallets, you can use synchronization with a remote node, which significantly reduces synchronization time and takes up almost no space.\

The launch of Dogecoin took place on December 8, 2013, as a “comic currency.” Today it has become one of the top cryptocurrencies in the world, and its market capitalization has reached more than $185.17 million. This makes it attractive for investment and mining.

The setting up of Dogecoin mining is carried out similar to Monero. First, you need to have a wallet and find out its address. Then you will need to create an account on one of the mining pools, add a new worker, enter the wallet address and update your account. Then choose the appropriate miner program, download it, install it on your personal computer and configure it.

The principle of Zcash operation is the same as that of other cryptocurrencies. Its blockchain consists of blocks where information about transactions is stored. Miners confirm these blocks and get a reward for that.

The mining process remains the same. First, you choose a wallet and find out its address. Then you select the mining pool, register there, enter the address of your wallet in your personal account and update your account. Then, choose the appropriate software, download the program and install it on your computer. The best option in the context of mining Zcash would be nheqminer. You can download this software from Github.

Subsequently, Zcash can be exchanged for Bitcoin or other cryptocurrencies, and some exchanges allow you to exchange it immediately for dollars or euros.

Actual cryptocurrencies for mining with GPU

Bitcoin Gold officially started on October 24 on the block 491 407, but the network was launched on November 13. The main task is to return mining from large farms to PCs, for the sake of which the transition from the SHA-256 crypto algorithm to Equihash is done. In this regard, Bitcoin Gold does not support ASICs.

Maintaining a large mining farm on a GPU requires much more effort than ASIC data-centers, so the major players choose the latter, leaving the mining on video cards to small companies and individuals. So decentralization in Bitcoin Gold network is higher and larger blocks (2-4 MB) increase throughput.

Zencash is another representative of a rather extensive family of digital coins based on the Zerocoin protocol, launched in May 2017. At the same time, it was formed as a fork of the non-basic Zcash cryptocurrency, and another Zclassic fork. Zencash can be called an interim solution between the previous two: if the ZEC miners give the developers a fifth of the rewards for each block found, and the ZCL miners keep everything for themselves, then the ZEN miners receive 88%.

Zencash has an open and private blockchain, which allows both to quickly carry out transactions and to guarantee anonymity where it is needed.

Zclassic is a fork of the popular and widely used cryptocurrency Zcash. The principal difference from the maternal coin is that the entire reward goes to miners, while 20% of the mined ZEC goes to the addresses of the developers. Zclassic also gets rid of those 20 thousand blocks that were mined in Zcash during the pre-mining period.

The absence of a 20% commission potentially makes Zclassic more profitable for mining than the original chain.