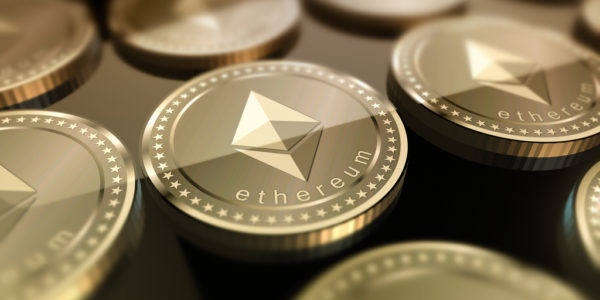 The cryptocurrency markets are currently experiencing a relatively involatile day, with most major cryptos trading up or down marginally. Because Bitcoin has held support at $3,400, most cryptocurrencies, like Ethereum (ETH), are resting at, or slightly above, their support levels, which is leading many traders to express increased caution in entering any longs positions.

Despite this, one prominent analyst sees Ethereum potentially gearing up for a price surge that could send it skyrocketing over 90% from its current prices.

Ethereum Stable Above $100, May Drop to $90 Before Skyrocketing

Yesterday, Hsaka, a popular cryptocurrency analyst on Twitter, explained that he believes ETH needed to break above its previous consolidation support around $105 in order for it to move higher, and he further noted today that this price has been confirmed as a level of resistance, as ETH has been rejected each time it touched this level throughout the day.

Despite this, DonAlt, a popular cryptocurrency analyst on Twitter, shared his thoughts on ETH, noting that he sees it potentially surging as much as 90% in the relatively near-future, but also adding that it may drop to $90 before surging.

“Bought quite a bit of $ETH just above $100 targeting $200… I could see us break down to $90 which would be my dream entry… That said I’d much rather have a position than taking the risk of missing the move entirely,” DonAlt explained, adding that a break below $90 would lead to significantly further losses.

If DonAlt’s analysis turns out to be accurate, a surge to $200 would signal a 90% rise from ETH’s current price levels, and a 122% gain from $90, if it fell to this price prior to surging.

Although Ethereum may be on the verge of incurring some major price gains, the overall cryptocurrency markets are trading flat as Bitcoin sits just a hair above its support level at $3,400.

At the time of writing, XRP is trading up marginally at its current price of $0.292. Previously, XRP has found support around $0.28, which will likely continue to be a level of support, assuming that Bitcoin does not plunge significantly below its current price levels.

Bitcoin SV, which surged yesterday, has been able to maintain most of its recent gains, and is currently trading sideways at its current price of just under $63. Over the past couple of days, Bitcoin SV surged from lows of $57 to highs of $67.6, before settling back down to its current price levels.

Although Ethereum may have significant potential for large gains in the near future, it is highly unlikely that it will be able to surge unless Bitcoin begins to climb from its current prices, as BTC instability will likely dissuade investors from entering long positions in any cryptocurrencies.