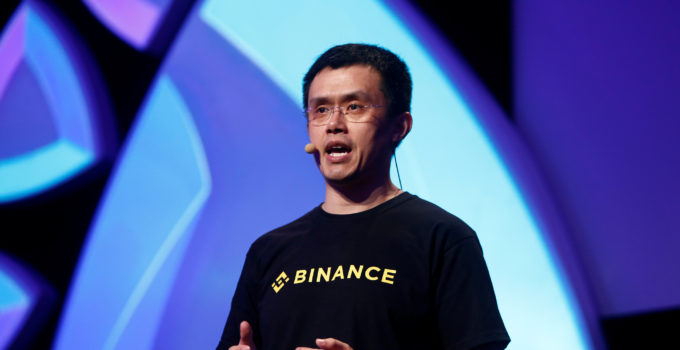 “Amazon will have to issue a currency sooner or later,” Changpeng Zhao, the CEO of crypto exchange giant Binance, tweeted Saturday to his more than 277,000 followers on Twitter.

It started with the founder and CEO of Binance tweeting that he doesn’t understand why any e-commerce business wouldn’t accept crypto payments and listing some of the basic features and benefits that cryptocurrency has to offer over traditional payment methods:

In response “Crypto Dan, The Crypto Bull” tweeted that once Jeff Bezos starts accepting crypto, the world will follow:

That’s what prompted Zhao to issue his proclamation that Amazon will have to issue a currency sooner or later. It’s something the cryptocurrency industry has been waiting for with bated breath, as adoption of the nascent blockchain-based banking and payment technology by the world’s online retail behemoth would open the floodgates to mass adoption. It would be crypto’s big breakthrough moment.

Early clues that Amazon may very well take this route include patents obtained over the last year by subsidiaries of the Seattle-based retail titan for cryptography and distributed data storage solutions as well as a data marketplace that analysts say could be used to integrate cryptocurrency payments into the vast Amazon shopping platform.

The crypto industry has been speculating on when Amazon might make this move, theorizing as to why it hasn’t yet, and watching for signs from Amazon ever since Overstock Inc. made headlines in 2014 when it began to accept bitcoin.

It was a bold, risky, and visionary move at the time, to accept customers’ digital Internet nerd money instead of cash backed by the authority of the U.S. government and its central bank, and ship the customers valuable inventory like women’s luxury watches or laptop computers. But here’s why Overstock’s Patrick Byrne did it:

In 2014 Amazon said it would not accept bitcoin because “we’re not hearing from customers that it’s right for them.” Which means when popular demand reaches a critical mass Amazon may adopt crypto payments of some kind.

Of course, wider use of bitcoin to purchase goods online requires wider acceptance as well, creating a classic chicken and egg problem.

If Amazon goes the route of issuing its own cryptocurrency, as Zhou seems imply is inevitable, it would be another major coup for the company, which has made its founder and CEO the richest man in the world because throughout its history he has leveraged every competency the company develops for increasingly more ambitious ventures.

Amazon could become a major world issuer of currency — not bad for a company that started as a bookstore. But any currency it might issue would just be store credit, which isn’t terrible if the store has a selection as vast and varied as Amazon’s, but it’s not as versatile as a currency that can be spent with any merchant.

That’s why Amazon may be better off just accepting bitcoin rather than creating a cryptocurrency of its own. Which do you think would be the smarter move for Amazon?