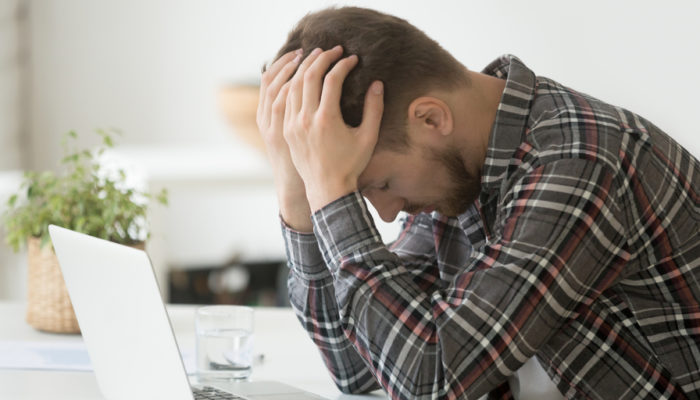 Customers foolish enough to leave funds at the Canadian crypto exchange QuadrigaCX have a lot to be worried about. According to a post by the company’s board of directors, the platform has lost access to the digital assets it held in cold storage.

Whilst the exchange was only small in terms of active daily users, according to figures from Coinmarketcap, the news once again highlights the importance of users taking responsibility for storing their own digital assets securely.

Not Your Keys, Not Your Crypto

Less than a month after billionaire and early Bitcoin evangelist Trace Mayer held the inaugural “Proof-of-Keys“event as a display of monetary sovereignty, a Canadian crypto exchange called QuadrigaCX has committed the ultimate blunder – losing access to its own cold storage.

The QuadrigaCX exchange went offline a couple of days ago. Maintenance issues were cited as the reason behind the downtime. However, it has since transpired that the story is goes deeper than routine work on the site.

According to a post by the QuadrigaCX board of directors, the crypto exchange is facing “significant financial issues” that have impacted the service received by its users. The Nova Scotia Supreme Court will appoint an independent third party, Ernst & Young Inc., to watch over creditor protection proceedings happening next month.

The note from the board goes on to state that efforts have been made to fix liquidity issues hindering the operation of the company. Then comes the really shocking admission – QuadrigaCX cannot access its own cold storage:

“For the past weeks, we have worked extensively to address our liquidity issues, which include attempting to locate and secure our very significant cryptocurrency reserves held in cold wallets… Unfortunately, these efforts have not been successful.”

The post concludes by stating that QuadrigaCX will update its users following the hearing on February 5.

The number of QuadrigaCX users impacted by the monumental gaffe does not appear to be enormous since the exchange boasted less that $500,000 in exchange volume across all trading pairs over the last 24 hours it was active. However, numbers aside, the news could not have highlight the point championed by Mayer on Bitcoin’s 10th birthday any better.

Crypto exchanges are the riskiest places to store digital currency. They pose all kinds of dangers to users. As far as we are aware, the QuadrigaCX example is the first of a trading platform simply losing access to its own cold storage solution. Much more common is exchanges being hacked – recent examples include South Korea’s Coinrail and Japan’s Zaif.

Another risk to those deciding to cede responsibility of their own finances to an unregulated, largely unheard of company is posed by the exchanges themselves. Indeed, early crypto exchange Mt. Gox famously collapsed due to spectacularly poor management of customers funds.

Being almost entirely unregulated, there is very little recourse if one of these all-too-common occurrences is responsible for you losing your digital assets.

Traders have little choice but to leave some cryptocurrency on an exchange for long enough for it to be considered at risk. However, they can minimise the chances of losing funds by withdrawing after every session and only keeping a small percentage of their total holdings in an online hot wallet.

Meanwhile, investors, or holders, have literally no excuse to entrust their crypto to a potentially shady company that they know very little about the business practices of. Bitcoin and other digital assets have the potential to grant great freedom to the entire planet. However, with such freedom comes responsibility – chief of which is ensuring that you and you alone know the private key to your chosen crypto storage solution.