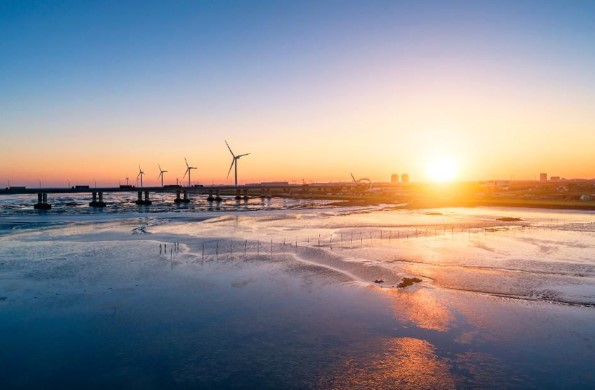 2019 promises to be an exciting year for clean tech. An increasing number of countries, companies and regions are embracing sustainable energy generation and the landscape is rapidly evolving.

Here are 6 renewable energy trends to watch in the coming year.

Energy storage plays an important role in balancing power supply and demand, and is key to tackling the intermittency issues of renewable energy. Pairing a storage system with a renewable energy source ensures a smooth and steady power supply, even when weather conditions are not optimal for energy generation.

Batteries are the most common storage devices used in renewable energy systems and their use is increasing on both the residential and grid-wide scale. Energy storage technologies are expected to continue to improve, making their use more viable and affordable. It is projected that storage will represent a core component of all new energy technologies moving into the future, as both utility-scale and domestic energy storage solutions become more price competitive, eroding the advantages of traditional energy sources.

On the Caribbean island of Barbados, old electric car batteries are being reused to provide grid energy storage and extend their useful lifespan.

Microgrids are local energy grids that can operate either autonomously or while connected to a larger traditional grid. They provide energy independence, efficiency and protection during emergencies. Using the machine learning capabilities of Artificial Intelligence (AI) with microgrid controllers allows for continuous adaptation and improvement of operation.

Deployment of microgrids is becoming significantly quicker, with new software allowing for designs to be completed in a single day. San Diego tech company XENDEE is rolling out an advanced toolkit for microgrid design in partnership with the WorleyParsons Group to make available turnkey solutions in up to a 90% less time and cost than conventional methods.

From California to the Pacific Islands, microgrids are taking center-stage. Palau is a Pacific island nation and the 13th smallest country in the world, but has committed to building what would be the world’s largest microgrid – 35MW of solar panels paired with 45 megawatt-hours of energy storage. This effort is part of the nation’s goal to transition to 70 percent renewable energy by 2050, recognizing that islands are on the front lines of experiencing the effects of climate change and stand as ground zero for the global energy transition.

Originally developed to record cryptocurrency transactions, blockchain technology is being adapted for use in the energy market. Blockchain is an incorruptible digital ledger that conducts and records transactions through a peer-to-peer network. The lack of centralization in blockchain leaves it as ideal for eliminating the middlemen of electricity suppliers. It reduces energy inequality and inefficiency and empowers consumers to buy and sell energy from other consumers directly.

Pairing the distributed ledger technology of blockchain with the everyday devices that we use to receive and convey information, now commonly referred to as the Internet of Things (IoT), stands to have a profound impact on energy systems. With the correct applications, devices can autonomously buy and sell energy at the optimal times, optimize energy system settings in a real-time context and monitor and analyze performance of energy-consuming devices.

These technologies are beginning to be used for groundbreaking projects, such as the Brooklyn Microgrid. The project involves a community-powered microgrid whose owners buy and sell power to each other via blockchain technology. The success of projects like this ensure that they will be implemented on a wider scale.

Grid parity occurs when an alternative energy can generate power at a cost and performance level equal to or less than electricity generated from conventional methods. Solar and wind have reached parity in both price and performance in many regions, and new technologies continue to hone their competitive edge.

The traditional model of large, top-down and centrally distributed energy production is being replaced by modular, consumer-driven and evenly distributed power generation. Once thought to be difficult to integrate into the grid, renewables are now serving to strengthen grid reliability and resilience. The utilization of blockchain, AI and other automation technologies make renewables self-optimizing, increasing their efficiency.

Solar and wind are already more efficient and cost-effective than conventional sources, and evolving technologies will continue to improve their price and performance. Combining the economic benefits with a low environmental impact, we can expect to see renewables move from being an acceptable energy source to a preferred one.

An increasing number of corporations, cities and countries are embracing emissions reduction targets and climate action plans to meet the goal of limiting the rise in global temperature.

To date, over 100 cities worldwide report that at least 70 percent of their energy production is from renewables, and more than 40 are currently operating on 100 percent renewable electricity. Hundreds more have pledged to work towards the goal of energy generation that is 100 percent based on renewables. Recognizing their impact on climate change, 158 companies have also committed to transitioning to 100 percent renewables.

Many of these corporations and municipalities were inspired to make these commitments after the 2015 Paris Agreement. With the new information provided by the IPCC’s 2018 report, we can expect to see an increase in bold commitments to switch from fossil fuels to renewable energy sources.

When talking about exciting new innovations in energy technology, it can be easy to forget that a significant percentage of the world’s population remains without access to energy at all. A billion people live without electricity and hundreds of millions have unreliable or prohibitively expensive energy sources.

Achieving universal access to energy is a critical component of addressing global development challenges. The changes that are occurring in the energy market offer a solution to the problem of energy access. Community-based microgrids could represent the most cost-effective way of delivering affordable and reliable power to those currently living without it. Clean, modular and renewable energy systems are ideal for many of the communities that have been unable to benefit from conventional centralized forms of energy generation and delivery.

While politics often stand in the way of progress, new energy technologies and commitments from international groups like the World Bank and SEforALL are laying a foundation for providing energy access to developing countries. With their ever-improving cost and performance metrics, we can expect to see renewables increasingly deployed to provide power to communities and regions that have long been left in the dark.