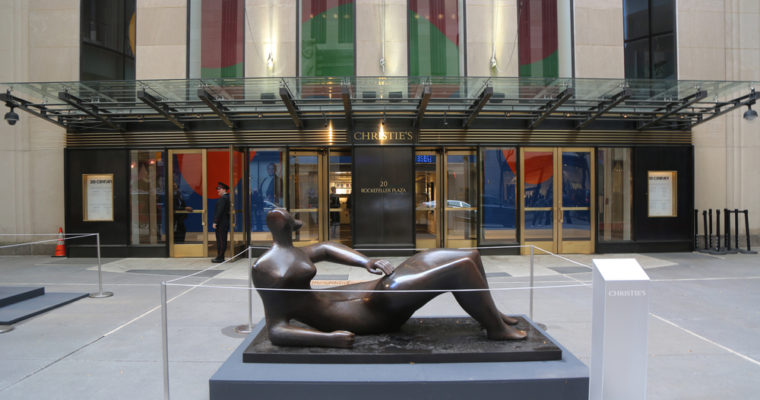 Christie’s, a leading art business based in the United States is collaborating with Artory, a highly reputed independent digital registry for the art industry, to register the sales of artworks on the blockchain, according to a press release by Christie’s on October 11, 2018.

As stated in its press release, the leading art auction house is looking to leverage the immutability feature of the groundbreaking blockchain technology to record art transactions. To make the forward-thinking maneuver a friction-less process, Christie’s has joined forces with Artory, a credible platform whose primary aim is to foster transparency in the art world via its secure digital registry of highly accurate information about artworks and collectibles.

If all goes as planned, details of all artworks from ‘An American Place: The Barney A. Ebsworth Collection’ sold on the innovative Christie’s platform will be stored on a distributed ledger and the highest bidder will be provided with a secure, encrypted certification of the transaction. Thanks to the immutability property of blockchain technology, the relevant information about the sold artwork will be permanently available to the owner.

Founded in 1766, Christie’s offers art lovers premier auctions and privates sales of the highest quality artworks crafted by legendary artists. Christie’s says it generated a whopping GBP 2.97 billion ($4.04 billion) from its global art auctions, private and digital sales in the first half of 2018.

Now, the 252-year old art auction house has made it clear it’s conducting a West Coast Tour of exquisite artworks from the Barney A. Ebsworth Collection, which is touted by art veterans as the ‘most important privately-held collection of 20th Century American Art.’

The auction which is estimated to generate more than $300 million, will be facilitated by the revolutionary blockchain technology.

The team has hinted that all public information about the sale of each piece of art in the Ebsworth Collection, including titles, descriptions, final price and other vital details, will be securely recorded on the Artory blockchain registry.

That’s not all, Artory will also create a digital certificate of each transaction for Christie’s, and the latter will provide clients with a registration card to securely access an encrypted record of information about their purchased artwork on the Artory Registry.

Importantly, Artory has said that all personal details of buyers are neither stored in its Registry nor on the blockchain, in essence, participants retain ultimate control over their personal data throughout the transaction. Nanne Dekking, CEO of Artory expressed excitement over the collaboration with Christie’s, adding that the initiative is an important milestone for the art world.