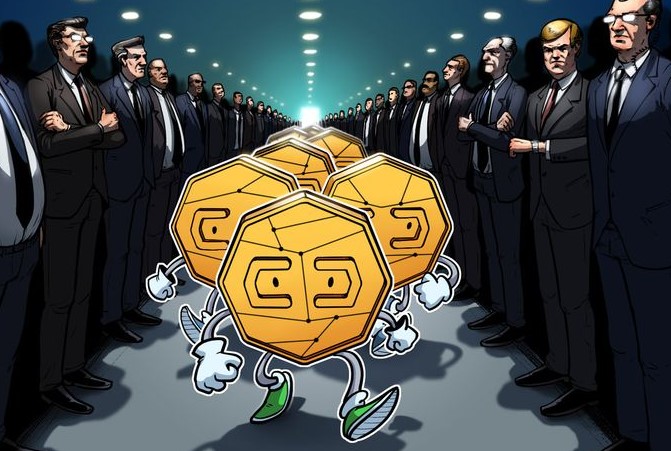 The U.S. Financial Crimes Enforcement Network (FinCEN) is calling on cryptocurrency exchanges to monitor Iranian use of crypto to evade sanctions. The agency requested this in an advisory issued Thursday, Oct. 11.

The call comes as part of a wider directive warning of the “systemic” Anti-Money Laundering/Combating the Financing of Terrorism (AML/CFT) risks Iranian activity poses to the global financial system.

According to FinCEN, as of 2013 Iranian use of cryptocurrency includes “at least $3.8 million worth of bitcoin-denominated transactions per year.” Conceding that the use of crypto in the country is “comparatively small,” the document warns that crypto represents “an emerging payment system that may provide potential avenues for individuals and entities to evade sanctions.”

It continues to outline that despite the Central Bank of Iran (CBI) banning domestic financial institutions from handling decentralized cryptocurrencies, the internet facilitates both individuals’ and businesses’ access to crypto-related platforms. These are listed as “Iran-located, Internet-based virtual currency exchanges, “U.S.- or other third country-based virtual currency exchanges,” and “peer-to-peer (P2P) exchangers.”

FinCEN thus urges that “institutions… consider reviewing blockchain ledgers for activity that may originate or terminate in Iran,” noting that the “highly dynamic” international crypto industry is liable to obscure transaction footprints.

As part of its recommendations, the agency advocates the use of blockchain intelligence tools and other means to monitor IP login activity from Iran-based entities through acquiring “technical details such as IP addresses with time stamps, device identifiers, and indicators of compromise that can provide helpful information to authorities.”

The advisory more broadly “remind[s] financial institutions of [their] regulatory obligations under the Bank Secrecy Act (BSA) and the Comprehensive Iran Sanctions, Accountability, and Divestment Act of 2010 (CISADA).”

As reported this spring, it has been suggested that Iranians were increasingly turning to Bitcoin (BTC) and other cryptocurrencies in the midst of domestic economic turmoil ahead of the anticipated U.S. exit from the 2015 Iran nuclear deal (JCOA). At the time, the chairman of Iran’s economic commission stated that citizens had so far succeeded in siphoning a staggering $2.5 billion out of the country via cryptocurrencies.
More recently, Iran’s National Cyberspace Center has revealed that the draft of the state-backed cryptocurrency project is ready, which was avowed to be a centrally-controlled means of circumventing international sanctions when the plan was officially confirmed this July.