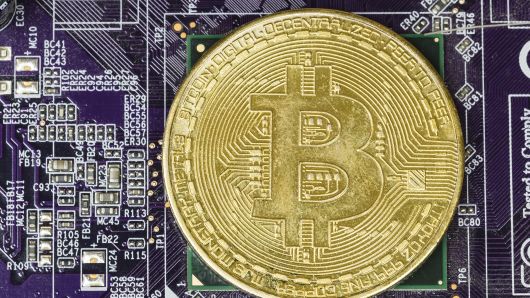 You may not likely become a blockchain billionaire anytime soon, but this technology will probably be part of how you invest in the next decade.

At least, that’s what Joe Duran, founder and CEO of United Capital, thinks of the nascent technology that underlies cryptocurrencies, including bitcoin.

Blockchain acts as an open ledger that tracks every transaction that has taken place with a given cryptocurrency. It can’t be altered.

Duran compared it to a digital version of the book log used at a library, where you can see who borrowed a book and who returned it.

“Blockchain itself is going to be part of every transaction that occurs in the world,” he said. “It’s going to take a decade before it’s there.”

Here’s what’s ahead for the new technology.

A survey from PricewaterhouseCoopers revealed that 84 percent of executives polled said that their companies are “actively involved” with blockchain.

The firm polled 600 executives in 15 territories.

Most investors won’t necessarily invest directly in the burgeoning technology, but they can likely count on it being an active part of financial transactions in the future.

“Digital currency is the future of money — there is no doubt about it,” Duran said.

One possibility we may see is that governments will begin using blockchain as a way to track the use of its currency, he said.

“It will just be exactly what we know today, but in a digital version that gives governments the ability to oversee where the money is going.”

Governments will be interested in using blockchain, because they want to ensure that they’re receiving their tax dollars and they want to be assured their money isn’t going toward illicit use, Duran said.

Instead, blockchain will be a part of the underlying technology when you make secure transactions using your financial accounts.

“With blockchain you can put in code that won’t allow the money to transfer unless there is an exchange of goods and services that’s approved on both sides,” said Duran.

In that sense, the technology could drive down the cost of escrow, bank accounts and transfers around the world because it eliminates intermediaries, he said.

“It’s unimaginable just how broad the impact is going to be to our lives, but there is no doubt in my mind that 10 years from now, blockchain will be as big as the internet is in our lives,” said Duran.