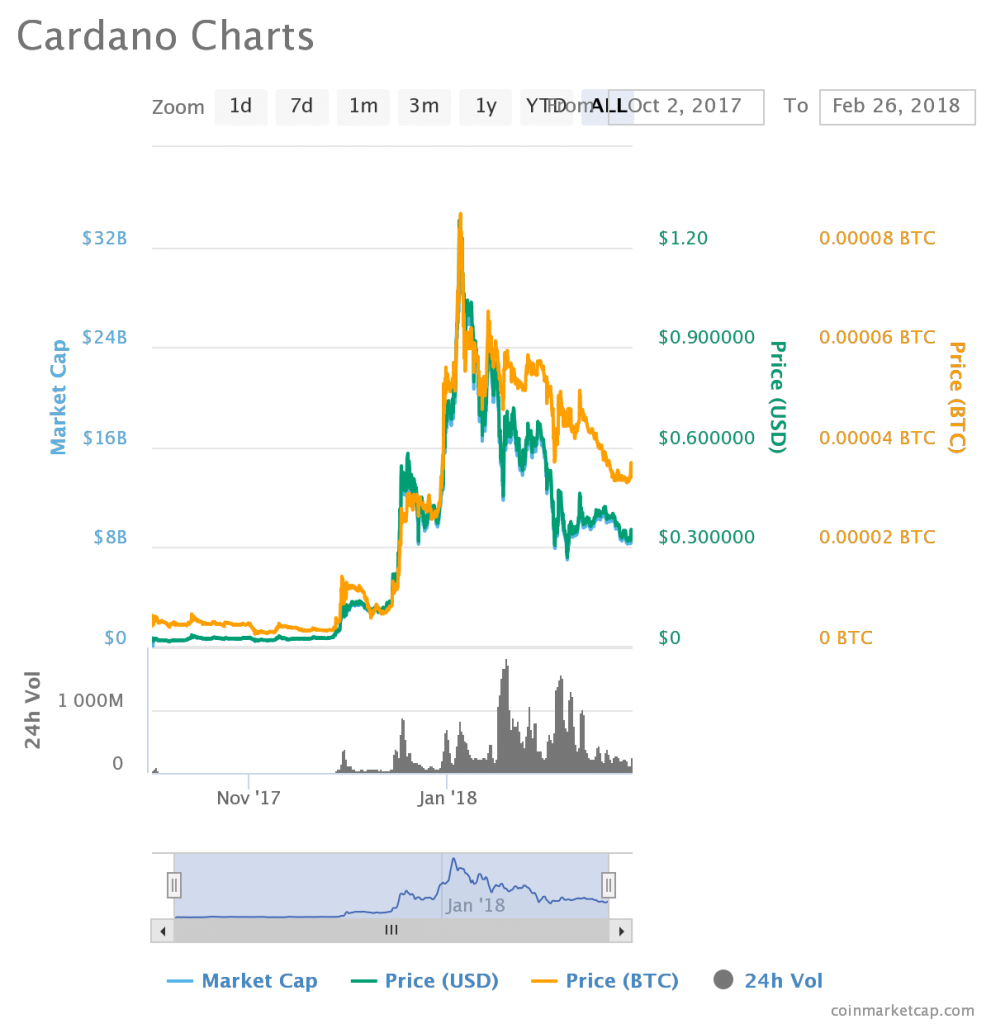 Being utterly imperative on their website descriptions about how they are the best blockchain platform out there, it may be the case that what Cardano is doing is not merely bragging. Their team of researchers and market specialists, called IOHK, led by Charles Hoskinson, former co-founder of Ethereum, claims to be compromised with the scientific philosophy, making use of a different model to build the platform to be, categorically, the blockchain state-of-art.

They are driven by peer-reviewed academic research to deconstruct the concept of cryptocurrency – but that doesn’t mean they disregard previous successful experiences in the blockchain history. It’s quite the opposite. It means that they incorporate them in a much more rigorous albeit less dogmatic way, which, until now, resulted in groundbreaking innovations.

They are always one step ahead of their competitors, including resistance against quantum attacks, faster transactions, and their very own peer-reviewed proof-of-stake (POS) authentication algorithm, baptized as Ouroboros. Besides being much more energy and cost efficient than proof-of-work (POW) protocols (that has been proved to be true for all POS protocols, actually), it was designed to be “mathematically shown to be provably secure,” in comparison to Bitcoin’s POW.

Their dApps can be developed in C, JavaScript, Ethereum’s Soliditly and several others. Through their also unique and groundbreaking virtual machine developed to be the babel fish of programming languages, the IELE. Their cryptocurrency, called ADA, is currently listed for fiat trade on Bittrex, Binance and BitMEX. Remarkably, ADA is also going to be soon available in ATM machines in Japan.

Their own multi-purpose wallet, Daedalus, was also built with the same scientific philosophy they maintain and include features like Customizable Block Exploring and several plugins. Additionally, they seem exceptionally compromised with finding the perfect middle ground between innate characteristics of cryptocurrencies, like freedom and privacy, and official regulation.

With a hardcore team of extremely capable scientists and developers from all over the world, driven by the scientific philosophy, Cardano may be the blockchain platform of tomorrow’s tomorrow. They don’t care about fluff, in contrast to most other cryptocurrencies and blockchain platforms popping up every day, and they don’t show the usual pretension about how their currency is going to surpass all the other ones in market value. Although that’s not an impossible event in some years.

Their ICO, albeit raising approximately $63 million USD, was held in a very low-key manner, basically totally focused on the Japanese market. They are, so to speak, awfully pretentious about how they are the team using the best method to develop the best blockchain platform ever, but, laying it on the line, they are probably right about it. ADA prices rise not (only) because of speculation, ADA prices rise because of its intrinsic value, with positive receptions and good expectations being almost a consensus among the cryptocurrency community.

On the very same day it was released, it reached the top 15 cryptocurrencies in market cap without much effort. After dropping steadily since the beginning of the year, Cardano prices seem to have hit the floor now, with a market cap stability and almost linear depreciation in relation to BTC in the last 20 days, remaining almost stable, kind of teddy-bearish, in the last three days. It currently holds the 6th position spot on market cap rankings.

The worst-case scenario is, of course, that Cardano’s price didn’t hit the floor and is moving towards a steady value depreciation. But we have to consider how many new assets Cardano is promising shortly. This includes their innovative treasury system, planned to warrant stability and reward any developers who propose improvements to the Cardano protocol, which, according to their latest blog post, they have highly improved; sidechaining, and a “voting center” for updates and protocol changes.

Add that to how much crypto-enthusiasts and investors are positive about them and the fact that, considering their compromise with articulating with regulatory bodies, we somewhat also can rely upon that Cardano is less prone to fluctuations caused by challenges imposed by regulation. Everything points to the conclusion that, yes, Cardano is not only the best blockchain-based platform out there, but its ADA coin is at its very best moment as an investment right now.