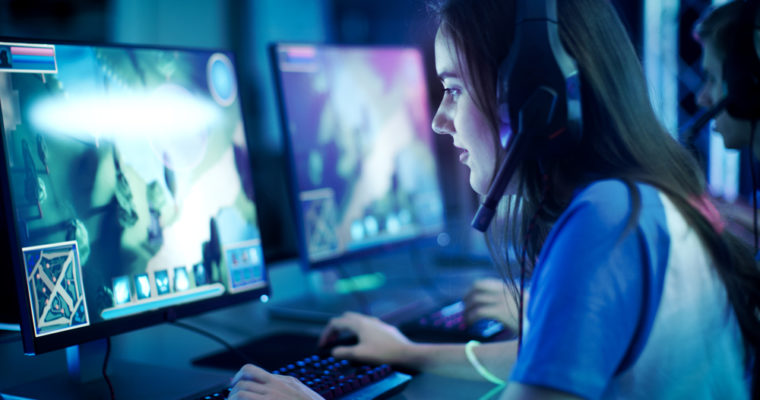 Gods Unchained, the first competitive e-sports project on Ethereum, has launched with backing from the world’s largest cryptocurrency exchange and wallet platform Coinbase.

In an interview with CCN, Gods Unchained co-founder and COO Robbie Ferguson, spoke about the game, the decision to launch the game on the Ethereum main chain, and the process of launching an application with backing from major investors.

Fuel Games, the development company behind Gods Unchained, previously launched Etherbots, one of the popular games on the Ethereum network. Etherbots operated on Ethereum as a full on-chain game, and every piece of data that was created within the game was sent to the Ethereum blockchain as one transaction.

With Gods Unchained, the developers took a different approach by implementing a hybrid on-chain and off-chain system, allowing information to be processed on the main Ethereum network by batches, to prevent congesting the Ethereum network and provide users with a seamless experience.

Some decentralized exchange protocols like 0x have also integrated a hybrid on-chain and off-chain system to ensure large amounts of information can be processed efficiently by leveraging the security of the Ethereum blockchain network, without clogging up the protocol.

“Although all the cards are immutably stored on Ethereum, players in Gods Unchained will only ever initiate transactions on the network when they want to purchase new cards or transfer their existing ones. All other events in the game will run off-chain, allowing gameplay to be indistinguishable from other games that don’t employ distributed ledgers while concurrently permitting millions of users to play without noticeably weighing down the network,” Ferguson explained.

In its equity round, Fuel Games secured an investment from Coinbase Ventures, primarily to fund the development and deployment of Gods Unchained. Ferguson emphasized that having Coinbase involved in the process of launching the first competitive game on the Ethereum network was validating, partly of the efforts of the developers and the $50 billion industry of in-game asset trading.

Currently, gamers rely on centralized marketplaces such as Gameflip and G2A to purchase in-game items and currencies, depending on intermediaries and third party service providers to process deals. However, as with any intermediary, relying on a third party service provider to process transactions requires trust, an element which the blockchain with its immutability and transparency, can eliminate.

“Receiving an investment in our equity round from Coinbase Ventures was validating, especially of our core belief that gaming is an industry where blockchain technology actually makes lots of sense. With over $50 billion turned over in in-game assets on marketplaces every year, current game publishers are essentially acting as central banks with absolutely no oversight or regulation – this needs to change.”

Two-Layer Solutions Useful, But Not Necessary to Run Well

In 2016, Ethereum co-creator Vitalik Buterin responded to the team of ETHLance, a freelancer platform on Ethereum, in regards to their complaint about the lack of capacity on the Ethereum network.

At the time, Buterin stated that if it costs a dapp to spend a significant amount of gas to make a simple transaction or embed information, the dapp is coded in a way that is not efficient.

“If it costs you 3.7m gas to make a profile, that means that the dapp is definitely coded in a way that’s highly suboptimal. In the long term, having every single user impose 4m gas worth of burden on the entire network is not sustainable, at least until and unless we implement some form of super-quadratic sharding. That said, I do understand that the tools to do the above are not yet very good and so it’s not that easy for regular developers to make these kinds of optimizations, and this is our fault. We’re working on it.”

Since then, the entire open-source developer community of Ethereum has been focusing on the development of Sharding and Plasma, two layer-two scaling solutions that are expected to increase the capacity of the Ethereum network to a million transactions per second.

However, Ferguson echoed the sentiment of Buterin, in that if dapps require Ethereum to make significant changes to its layer one and two network to process information in an efficient manner, they are not being cautious towards creating highly efficient data processing systems to reduce the burden on Ethereum.

Ferguson said that Gods Unchained is not relying on the completion of Sharding and Plasma to be able to settle large amounts of data in a decentralized ecosystem, but rather building its own unique system to cope with the current landscape of the Ethereum blockchain network. He also noted that the development of Plasma and Sharding should not be rushed, as implementing the two scaling solutions will require developers to handle unprecedented problems related to cryptography and decentralized systems.

“For Gods Unchained, I think the impact [of Sharding and Plasma] will be useful but not necessary for it to run well; trading will become a lot easier, but we’ve already made all the choices necessary so that gameplay will be seamless, whether Ethereum scales in the short term or not. (As a personal note, the Ethereum foundation’s time scale is very reasonable. Sharding and plasma shouldn’t be rushed, and it’s much better to progress the fundamental tech step-by-step than rush it and risk, what could effectively be, a run on the (decentralized) banks,” said Ferguson.