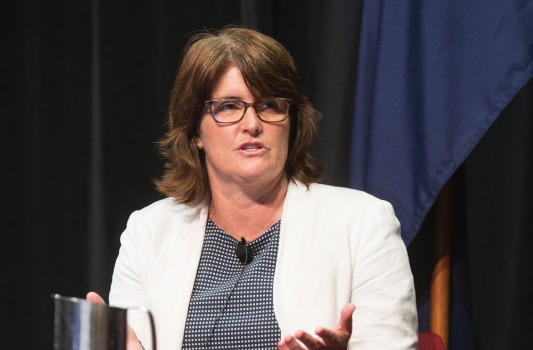 The Reserve Bank of Australia has warned that fintech companies will eventually pose a systemic risk if they become big enough and regulators must work out standards to set for the technological change sweeping the payments sector.

Reserve Bank assistant governor Michele Bullock told a conference in China on Sunday that regulators globally were focused on protecting consumers and investors from fraudulent schemes as they sought to balance the need for innovation with security risks. But this would change as the role fintech companies played in the economy increased.

She said there would be a need for regulators from different economies to co-operate when setting rules for fintech to standardise regulation. She also said regulators should avoid tying requirements to a particular type of financial institution and focus instead on the function they were providing.

Ms Bullock said regulators globally were looking at how to protect consumers and investors from fraudulent schemes.

While Initial Coin Offerings (ICOs) were an example of innovation for small companies looking to get a venture off the ground, there were examples that were “just plain fraudulent”.

“Regulators can’t step back from this. They have to be active and monitoring to ensure consumers and investors are protected,” Ms Bullock told the conference without elaborating.

“The concern here are consumers, they don’t want consumers to be victims of fraud or [for] their savings to have all flown out the door.”

Earlier, Ms Bullock highlighted the growing importance of having resilient retail payment systems in an increasingly cashless society, which meant an outage could threaten an economy’s ability to run smoothly if customers were unable to make transactions.

National Australia Bank experienced a nationwide outage to its online, mobile, EFTPOS and ATM services in May that left customers unable to access their accounts.

Ms Bullock noted central banks and regulators traditionally paid attention to high-value payment systems because of the systemic disruption that could occur if they suffered from an outage. However, retail payment systems had not been required to meet similarly high standards.

“With electronic payments becoming increasingly important, the resilience of the electronic retail payment systems is becoming quite critical to the smooth functioning of economies,” she said.

“With people carrying less cash, an outage in a retail payment system can mean that customers can’t undertake transactions. In Australia, for example, an outage at a major bank recently meant that its merchant customers had to turn customers away if they didn’t have cash (and many didn’t).

“These sorts of outages disrupt commerce and erode trust of consumers in payment systems. Regulators are therefore starting to focus on the operational risks associated with retail payment systems and whether the operators and the participants are meeting appropriately high standards of resilience.” Ms Bullock did not elaborate on how regulators might respond.

Globally, there is no consistent approach to the regulation of blockchain technologies and cryptocurrencies, with some governments such as South Korea cracking down on digital currency.

In May, the Australian government was urged to follow in Britain’s footsteps and create a new regulatory body for the payments industry that could regulate new forms of payments being made via blockchain and cryptocurrencies.

A white paper commissioned by lobby group the Australian Taxpayers’ Alliance and conducted by researchers from RMIT University found that existing bodies such as the Reserve Bank were not suited to regulating the rapidly changing digital payments sector, because it wasn’t flexible enough.