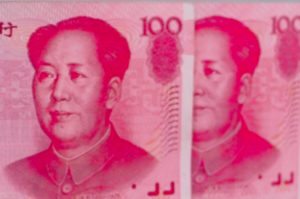 Sun Guofeng, Director of the Peoples Bank of China Research Institute, says that more Fintech regulation is on its way. The comments were reported by ECN as Guofeng spoke at the Bund Summit in Shanghai.

The report said there was concern that financial risk has spread from the traditional sector of finance to the fast emerging Fintech sector – specifically mentioning cross regional loan operations.

According to one site, more than 6,000 online lenders have launched in China in recent years. Today, only 1800 are in operation as enhanced regulation kicked in and Chinese authorities have shut down questionable operations. The report states that “unregulated massive expansion of the Fintech sector will come to an end in the future.”

In a paper published earlier this year, Guofeng commented on the importance of Regtech innovation;

“Regtech can not only be used to monitor the development of Fintech, but also to meet the regulatory authorities’ need to identify and prevent financial risks.”

Guofeng believes the regulators should promote the development of, and perhaps create, Regtech with artificial intelligence at its core.