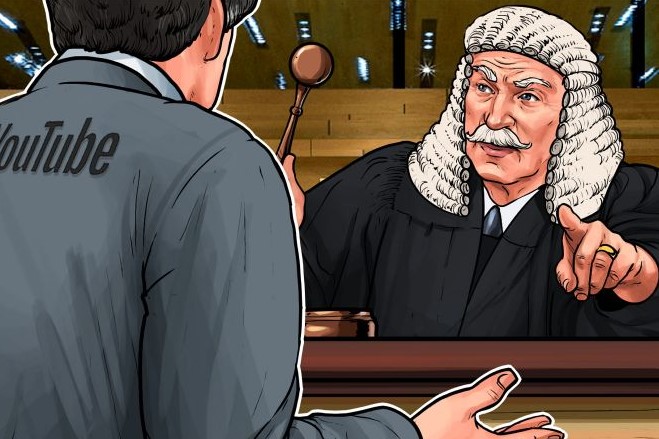 According to court documents filed July 3, YouTube has been added as a defendant in a class action lawsuit against BitConnect.

The lawsuit was initially filed on January, 24 by six individuals represent by law firm Silver Miller. The claimants state that crypto investment platform BitConnect issued crypto tokens that were unregistered securities, and obtained additional funds through a “wide-ranging Ponzi scheme.” The plaintiffs stated that their personal losses totalled $771,000. BitConnect allegedly used the funds received from new investors to meet the expectations of the existing ones.

Per court documents acquired by Cointelegraph, BitConnect and its affiliated parties posted a number of promotional videos on YouTube, which were deemed inappropriate as the material allegedly lured potential investors to a fraudulent investment scheme. YouTube is said to have failed to delist and demonetize the published videos, which exposed “countless” YouTube users to injurious videos and illegally-promoted investments.

The top ten BitConnect affiliates on YouTube reportedly posted more than 70,000 hours of unedited content, which generated 58,000,000 views. The document says that the number of views of several of the affiliate promoters’ videos greatly exceeded the threshold numbers for the “enhanced” eligibility standards. Notably, a fair number of users notified YouTube of fraudulent activity by BitConnect, posting videos with titles such as “How bitconnect scam works in great detail,” “Craig Grant Explains the Bitconnect scam,” and others. In an email to Cointelegraph, David Silver of Silver Miller said:

This case is not about YouTube being the speaker or publisher of the content on its website. Instead, liability is predicated on YouTube’s failure to act after learning from content directly published on YouTube of the readily foreseeable harm posed by its advertising partners… As the old saying goes: Sometimes when you lie down with dogs, you get fleas.”

The claimants state that if YouTube had conducted an appropriate search of its databases, it would have delisted the harmful BitConnect videos. Instead, YouTube allegedly accepted a growing number of BitConnect-related videos, which resulted in numerous victims, including many members of the Class.

The document also refers to Google LLC, which changed its financial products policy to ban all cryptocurrency-related ads and associated content due to a potential harm to users of Google-owned platforms, including YouTube. The document concludes:

YouTube failed as a gatekeeper to protect its users from, and warn its users of, the very harm YouTube set out to prevent with its advertising protocols and proprietary algorithms.”