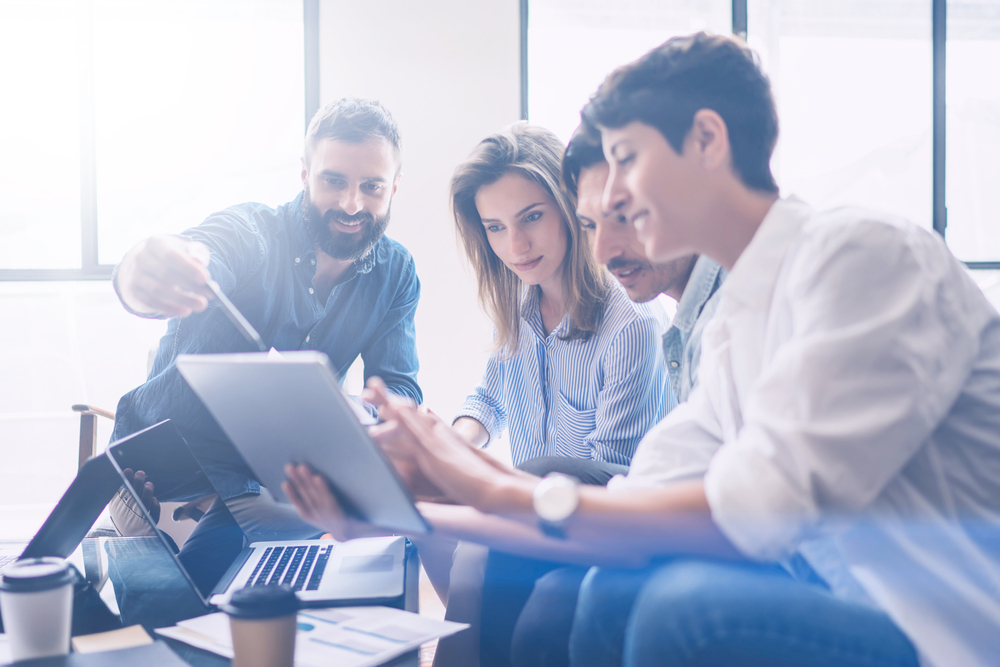 When it comes to financial services and financial technology startups, making the right investment decisions is not easy or obvious work. Thousands of firms are born each year – all promising the next greatest advancement in managing money – but only a fraction of a fraction end up going the distance. And separating the wheat from the chaff isn’t easy, says Samantha Ghiotti, partner at Anthemis Group – particularly because there is a lot more chaff than wheat when it comes to early-phase startups.

Anthemis holds a unique place in the startup investing marketplace. The firm is a VC investor itself – with a full and robust portfolio of financial services investments – and is also a strategic advisor for financial institutions looking for opportunities to either invest or even possibly acquire within the startup marketplace.

“At base, firms work with Anthemis because we have a long track record in identifying early-stage companies that go on to become category definers,” Ghiotti told PYMNTS’ Karen Webster.

And while there is not an exact formula for those firms, she noted, they use a definite heuristic model when evaluating new firms, one that has worked powerfully over the decades.

“I would say out of 800 pitches we hear, we accept maybe one of them,” Ghiotti estimated.

Those other 799 aren’t sent home with a simple “no,” however, as Anthemis often has feedback to offer. Sometimes, Ghiotti noted, the idea is great, but they don’t have the right team in place to take it market. Or they may have a great product and team, but the offering is utterly mismatched with the problem it purports to solve. And sometimes, the idea is just too small, the problem it aims to solve is too rare or the market it seeks to help just isn’t dynamic enough – in short, it’s a company that has no chance of hitting scale as initially configured.

Most of the time, Ghiotti noted, startups don’t need to hear a “no” – rather, they need a constructive conservation about what is not working and what could work. And that “what could work” attitude carries over into their work with the FIs they advise.

According to Ghiotti, the institutions that work with Anthemis come looking for two things when it comes to startup products: strategic advantage and potential returns.

On the advantage side, that is mostly about really understanding new markets, new business and the use cases for new technologies.

“It is also where you are looking at your competitors and seeing how they are using investments to target different parts of your market,” said Ghiotti.

On the returns side, she noted, the questions are about really understanding things about valuation and pricing, and making sure they are the best choices for picking a firm that will thrive in the setting in which they are playing.

And that process, Webster noted, is often further informed of the FI’s efforts to go through its own self-reflective effort and figure out if they need to invest, wait and see, acquire or work internally to reinvent themselves.

It can be quite a dilemma, Ghiotti noted – particularly because it requires FIs to be very clear on their own processes, infrastructures and actual histories of trying to get new ideas up and running.

“They really have to know how well-developed their culture is at all levels of the organization, and how well-versed that is to interact with much smaller organization that very likely have a totally different cultural outlook,” Ghiotti said.

Moreover, she noted, relative size is also important. A massive, fully developed FI with an established legacy stack is often a pretty poor fit for a brand-new startup that might be incredibly agile and clever, but is also incredibly immature.

For FIs to successfully invest, Ghiotti said, they really have to be serious about what the best tactical opportunity looks like, and ensure that the interactions will be managed with care.

When digital banking was beginning to really catch fire a decade ago – right around the time when Anthemis began investing heavily in the space – the talk was mostly about how the young Turk neo-banks were about to fatally disrupt their slower, stodgier cousins in mainstream banking.

But that sea has started to change, as those upstarts are increasingly working with mainstream FIs – and in many cases even being bought out by them. Which left Webster wondering whether that is the shape of things to come – the neo-banks collaborating or being fully absorbed instead of going their own way.

But the question, Ghiotti noted, is incredibly hard to answer, as it is so specific to each firm, each startup and the exact segment of the market they are serving.

The general trend over the last 10 years, she pointed out, has been on increased focus. The new financial players aren’t so much building new banks online as they are building what she called “meta layers” of specific (and specifically useful) user experience interfaces tailored to particular use cases.

“But these services are really built to function on top of existing banking layers,” Ghiotti added.

Those services – particularly with the new regulatory regime in the EU – are becoming increasingly accessible to consumers, who can now basically use them in a self-service manner while tapping into that underlying infrastructure.

“What is hard for banks is that this is a game of scale … the moats they are building around their operations is getting very quickly eroded, as digital players can now easily connect to their infrastructure and create value-added services over top of it,” Ghiotti said. “That will attract the lion’s share of the value created.”

The startups, she noted, also have a big challenge, which is scale. They don’t just need value-added services – they also need massive value that appeals to a wide range of customers, because these aren’t deposit organizations that have piles of free money at their disposal.

“When we are talking about the best way forward, you really do have to look at the specific FI, the specific startup – and really see what their prospects, goals, current penetration and path to scale even look like,” noted Ghiotti.

Anthemis thinks hard about what is scalable and profitable, Ghiotti said – but as of late, they are also increasingly interested in what is helpful. Specifically, they are becoming very passionate about financial wellness, and have built their first investment vehicle and incubator around it.

“We are really interested in companies that have a vision of helping people lead healthier financial lives by leveraging technology and addressing the problem in a holistic way,” she stated. “Our particular interest is looking at the intersection of financial services, insurance, psychology and healthcare.”

The need, she said, is there. In the United States, for example, a stunning number of bankruptcies are tied to medical debt. And all over the world, Ghiotti noted, people are working double-time to get out of debt – often to deleterious consequences.

“High levels of stress are associated with difficulties with finances – and we really want to understand how we can help mediate the symptoms connected to financial capability.”

Thus far, Ghiotti said, Anthemis has made 11 investments in the space. The company is working with three firms in their incubator looking at areas like retirement, mortgage acquisition for young urban dwellers priced out of a down payment, or investments for people who haven’t participated in the market in the past.

“This is a space where this is both a lot of demand and a lot of entrepreneurs thinking about how to build a scalable supply of services,” Ghiotti pointed out. “And that makes it an area that we are both morally committed to, and one where we see a massive opportunity for investors and FIs who want to be more relevant in the digital financial services economy.”