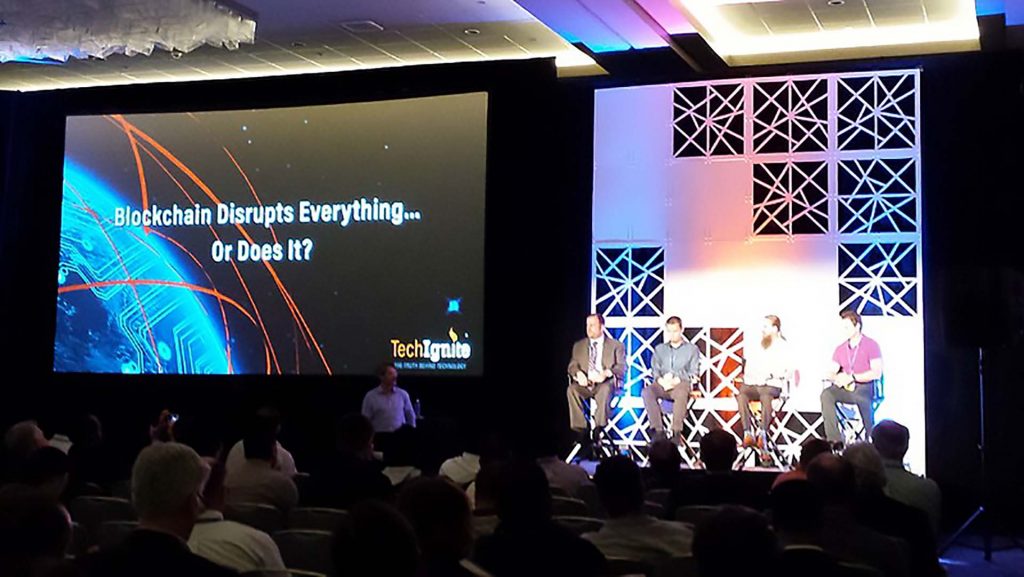 Blockchain conferences are where the most elite members of the crypto space congregate. That’s not to say that only well-known figures attend – participating in an event establishes attendees as serious players. There are opportunities to make pitches, network, discuss problems and innovations, learn the latest news, and more. Conferences take place all around the world from New York and London to Hong Kong and Johannesburg, bringing people invested in blockchain technology under one roof.

WHAT HAPPENS AT BLOCKCHAIN CONFERENCES?

Every event is different. Some last a day, some for three, and others for an entire week (and some charge thousands of dollars for a ticket). Programs and structures vary, but there are common elements that appear throughout many of them:

Speakers and panels: Almost every conference hosts speakers from prominent figures in the industry. The number of speakers varies, sometimes as few as 20, other times over 500. Past examples include cybersecurity expert John McAfee and the founder of TechCrunch Michael Arrington, who both spoke at the Global Blockchain Forum this past April; executives from the Bitcoin Foundation at the March Crypto Summit; representatives from IBM, Blockchain Research Institute, T-Mobile, and Sweetbridge Alliance at the Blockchain West Summit and Trade Show.

Competitions: Many events offer contests, often between startups, to compete for monetary prizes and recognition. For example, the FedEx Institute of Technology at the University of Memphis hosted an Ethereum Conference earlier this year which included a “hackathon” with five categories: legal, healthcare, innovation, travel, and supply chain. One organization known as Origin Trail won the supply chain category with its solution to enable speedy, accurate, and secure transference of organ transplant data.

Workshops: Some events offer learning opportunities for people who wish to know more about blockchain or shift careers. Workshops can be for executives, amateurs, or blockchain-adjacent individuals hoping to gain insight into how the technology works, how to market a successful ICO, how to code, how crypto economics operates, and more.

Networking opportunities: One of attendees’ favorite parts of any conference is the chance to network with top players in the game—maybe over a glass of wine. Participants should prepare themselves for the number of guests: some events have smaller audiences, but the Blockchain Expo North America coming this November is expected to have more than 14,000 people and over 300 exhibitors.

Some events are broad and cover a variety of subjects, while others focus on specific topics. The Women4Blockchain Conference, for instance, will host workshops, panels, and hackathon for anyone who identifies as a woman and is a developer, business analyst, systems analyst, project manager, lawyer, or graduate student who wishes to acknowledge the integral role women play in the blockchain space.

One of the largest global events is the Blockchain World Conference, scheduled for July 11-13 of 2018 in Atlantic City. All of the most important people in the blockchain community are expected to attend, gathering to discuss blockchain’s applications, technical aspects, and potential reach. All speakers are hand-picked from around the world and will stream to over 25,000 viewers.

Other events have unique formats. This past January, Blockchain Cruise Asia took attendees between Singapore, Malaysia, and Thailand on a 1,020-foot long boat to discuss the future of blockchain technology. Hotels are one thing—sunset viewing parties and private beaches are another.

IS THERE ANYTHING TO BE WARY OF?

Most people in the crypto space are excited about blockchain technology’s ability to revolutionize industries. They’re good people, so the culture is vibrant. Bitcoin News says:

The best thing about blockchain conferences isn’t the panel discussions and it certainly isn’t the ICO pitches. No, the best part is the after-parties. All those networking opportunities and chances to bump fists with crypto [friends] you’ve previously only known as an avatar in a Telegram group.

However, similar to how many initial coin offerings are scams, there are sometimes people who attend events intent on stealing people’s ideas and data. Bitcoin News advises that attendees prepare themselves for potential attacks, so they should be wary of unsecured WiFi networks and use VPNs when possible. They should also keep their NFC and cell phones’ Bluetooth turned off and avoid plugging anything into USB points to charge (no one knows if what is on the other end of the cable is extracting data). Such incidents are unlikely, but it never hurts to be cautious.

Blockchain conferences are incredible and exciting opportunities. The technology will only be mainstream one day if it has dedicated evangelists, so it is critical for advocates to have friendly environments to collaborate and strategize.