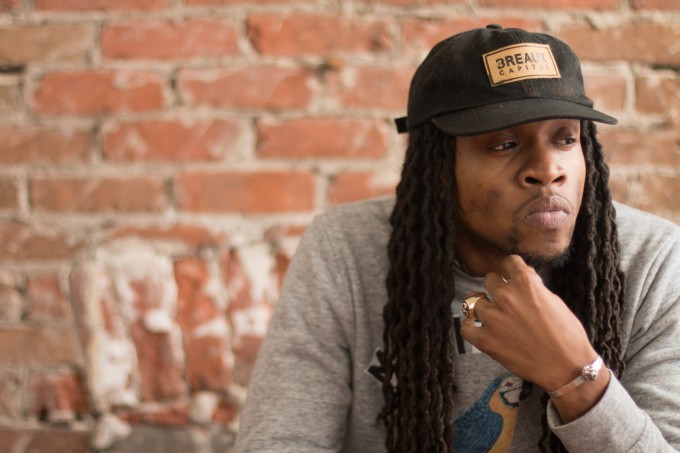 Around the time the retired Los Angeles Lakers superstar Kobe Bryant launched a venture capital tech fund, Mensa Pounds heard about BREAUX Capital — a fintech company that was just getting started on its big goal to disrupt financial services for black millennials.

Pounds knew he wanted in after a former high school classmate told him about the brand’s vision. He became a shareholding member in 2016, the same year BREAUX Capital formed. Pounds, now an elementary-school teacher in New Orleans, is one of 1,000 members who use BREAUX Capital to automate savings deposits and to network with one another on their entrepreneurial dreams and capital needs — online and in person.

It’s still early days, but the startup, with founders in Chicago and Brooklyn, sees an opportunity to make a mark and a profit on a market few fintech startups have specifically pursued.

“It seems counterintuitive,” said Ras Asan, co-founder and chief operations officer of BREAUX Capital. “The perception is they don’t have money [and] if they do have money, they aren’t trying to spend it on their financial wellness.”

But Asan — along with fellow Morehouse College in Atlanta alums Derrius Quarles and Brian Williams — saw something else: a business opportunity for a community that has been historically underserved and underrepresented in financial services.

While BREAUX Capital is focused on black millennials, its larger aim overlaps with objectives many startups and financial institutions have: engaging younger investors in the dry topics of financial literacy and building wealth over time.

Nowadays, dozens of digital tools are billed as democratizing finance for young adults. But many young customers wrestle with large debt burdens, unexpected expenses and volatile income. For black millennials, the challenges are even more pronounced. According to a GenForward University of Chicago report, many black millennials, more so than whites or Asian millennials, appear to be living one accident away from a financial disaster.

Millennials as a demographic overall are wary of banks. But the experience of African-Americans with financial services and banking has made many even more skeptical.

“There is tremendous distrust of banks amongst the black community,” said Teri Williams, president and chief operating officer at OneUnited Bank in Boston.

Discrimination in mortgage lending policies is just the start of the historical reasons for this distrust. “You can go on and on in ways in which banking in general has not been a friend of the black community,” Williams said.

Over the decades, there have been attempts at solving the enduring racial wealth gap, including the launch of black-owned banks like OneUnited. But only in more recent years have several startups attempted to use technology to develop new approaches to counter the financial experience the black community encounters — BREAUX Capital, HBCU Wall Street and eMoneyPool among them.

Williams said it’s important for fintech companies to focus on the black community specifically. OneUnited launched a financial literacy center on its website with its partner EverFi in late May. There, anybody can get a mobile-friendly “playlist” on everything from budgeting to credit scores.

To Williams, such tech efforts represent part of a growing movement in the black community to look for ways to spend, save and invest with black-owned organizations at a time when celebrities, such as the rapper Killer Mike and Beyoncé, have promoted what Williams calls purposeful money management.

“More is needed,” she said.

As a nimble startup, BREAUX Capital hopes to become a big part of the solution for black millennials.

Today, the firm offers paying members an automated savings feature, a network, financial educational materials and, if desired, an opportunity to invest in fellow members, many of whom are entrepreneurs.

While such features can be staples of broader products, Asan says it was important to design something that would appeal to black millennials in particular via the language used, the product’s aesthetic and the curated community that networks on the phone, online and in person at events, including one dubbed BREAUXcoming.

It’s something the founders of HBCU Wall Street have also observed firsthand in targeting students at historically black schools. What started as an Instagram page three years ago has evolved into a fintech company that now counts more than 42,000 followers. Like BREAUX Capital, HBCU Wall Street offers live events and software on personal finance themes. It’s focusing on HBCU students because that is where the startup’s founders graduated from.

“We wanted to make sure we homed in on the world we knew and understood,” said Jamerus Payton, who co-founded HBCU Wall Street with Torrence Reed.

That includes recognizing that some people are coming from a place where they feel ashamed about their financial picture or assume they don’t have enough money to talk about money. “We understand their plight,” Payton said.

BREAUX Capital is working on developing its mobile app and growing its paying membership. The subscription costs $9 to $19 annually, while a one-time onboarding fee is steeper: $349 to $500, a number that depends on whether a member becomes a shareholder.

There are cheaper personal finance apps available, but BREAUX says its brand speaks to black millennials and hears their needs.

Representation remains an issue for banking and the fintech industry; efforts have grown to address “bro culture” in Silicon Valley and Wall Street, and new venture funds have been launched to support diversity and women-owned startups. In May, Arlan Hamilton, founder and managing partner of Backstage Capital, announced she was starting a $36 million fund — or as she tweeted, an “it’s about damn time” fund — that will be used to invest in startups led by black women.

Revolution’s Rise of the Rest has been traveling around the U.S. to invest in startups outside of the ones residing in coastal cities. In fintech specifically, the Financial Solutions Lab, which is managed by Center for Financial Services Innovation with founding partner JPMorgan Chase, has been actively scouting for more diversity in early-stage fintech solutions and on their teams for more than a year.

“It’s a hard problem that requires a diverse and varied toolbox,” said Maria Lajewski, a senior manager at the Financial Solutions Lab at CFSI.

Lajewski has a unique vantage point. As part of her job, she regularly interacts with financial health-related startups that have potential to scale to millions of consumers. She has seen for herself how fintech teams need more diversity — not just to fight inequality, but so the founding teams can think outside of their worlds to build products that are more widely useful to a racially diverse customer base.

As a shareholder in BREAUX Capital, Pounds said he wanted to contribute to opening up financial services and has already found value in his membership. There are other services that could have helped Pounds automatically save up money. But they likely wouldn’t have opened his eyes to a young black community across America coming together on a big goal: financial freedom.

“We all want to see this become successful,” said Pounds.