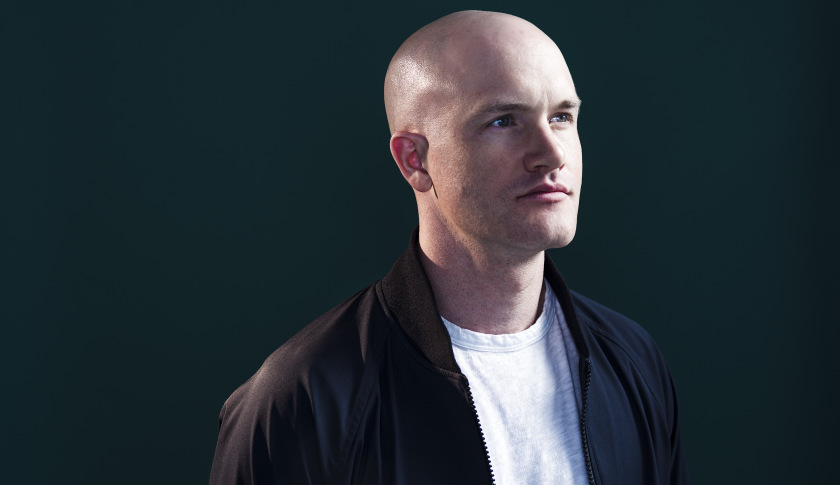 When Brian Armstrong founded Coinbase in 2012 Bitcoin was worth around $10 and existed in relative obscurity. Those who had heard about this digital money or even the word cryptocurrency probably did so through a news brief about the dark web. Those who were trading in it already were a very select few.

Then came a series of price bubbles which eventually rocketed the price to nearly $20,000 and saw the crypto space grow exponentially in just a few months in late 2017. That market corrected, the price fell to about a third of its all-time high value where it languishes today at about $6,600, and those who came in late are wondering if they are ever going to see their initial investment comeback, never mind a profit.

Armstrong, the CEO of Coinbase, a cryptocurrency exchange that recently self-evaluated its worth at $8 billion, had a word of advice to new employees who might be getting the jitters as the price of Bitcoin remains low. Actually, it was more than a word, it was a 10 part twitter thread giving a mini-history on the price of Bitcoin since its launch but the take away was don’t panic, I have seen this before.

When Bitcoin surged in 2017 so did Coinbase’s user numbers and trading volume which stimulated the company’s growth. They went from 250 to 500 employees, many who presumably walked away from solid jobs in the tech world to get into the volatile space of cryptocurrency and who maybe now thinking twice about that decision.

In his tweets, Armstrong strove to reassure those new to the game that he had seen bubbles before and that by focusing on doing the work they would rise above the hype. One tweet measured the space as only a crypto player would, as Armstrong wrote,

Coinbase ran into its own problems as it grew to meet user demand. Suffering from systems outages and customer service problems but Armstrong told his team that this is the time to improve.

Through the twitter thread he tried to put the recent boom and correction into long-term perspective by comparing it with the less dramatic but still considerable price spikes of 2013 and 2014, writing that; “It can be scary the first time you see it, but to us who have been in the industry for many years, it feels like old news,”