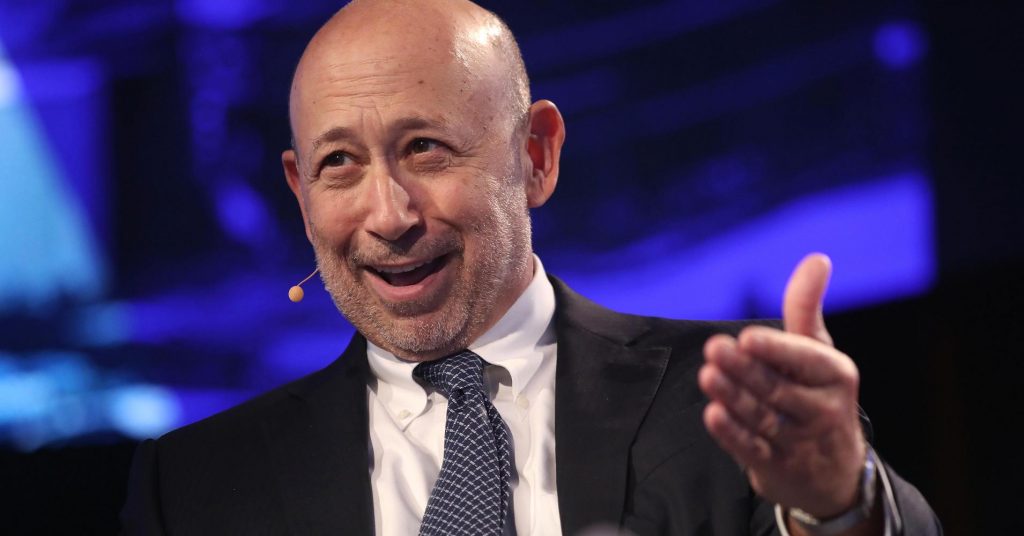 The Goldman Sachs chairman and CEO said in an interview on Tuesday that “it’s not for me” when asked about the world’s largest cryptocurrency by market capitalization. Appearing at the Economic Club of New York, he remarked:

Blankfein has struck a kind of middle-of-the-road tone on cryptocurrencies in the past, which is notable considering that his firm is reportedly toeing the waters of services built around the tech.

The investment banking giant is said to have developed plans for a bitcoin futures trading operation, according to New York Times, with an eye on growing that capacity depending on the results and approval from regulators.

In a previous interview with Bloomberg in November, Blankfein said he has a “level of discomfort” with bitcoin but is open to it.

“I’ve learned over the years that there’s a lot of things that workout pretty well that I don’t love,” he said at the time. “Maybe in the new world, something gets backed by consensus … If we went into the future and bitcoins were successful, I would be able to explain how it’s a natural evolution of money.”

The Wall Street Journal reported in March that Blankfein is preparing to exit the company, a move that could come as soon as the end of this year.