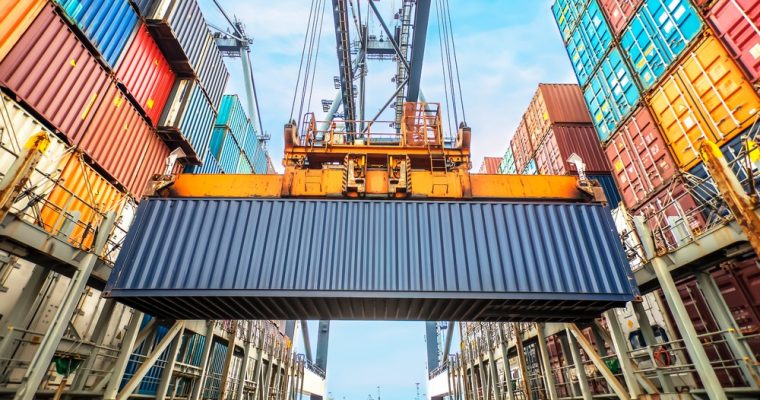 Many predicted that finance would be among the first innovators in blockchain. Harvard Business Review concluded that education about blockchain is no longer lacking in finance as it is in industries like manufacturing, predicting we’ll see finance projects finished first.

Part of that statement is true.

Manufacturing has indeed fallen behind in understanding blockchain, but they’re much faster to move when they start. For example, the executive team of Saint-Gobain, a manufacturing giant located in 67 countries, recently met with consultants from BlockchainDriven during an Innovation session to learn more about blockchain and its applications across various verticals, with a focus on logistics. Even this past winter the blockchain consultancy met with car part manufacturers Sterling Consolidated, starting from zero conception to building out a fully fleshed project.

That speed is what’s been lacking and so far the public has been given lots of glimpses into promising projects that have either not gone anywhere, or been left incomplete. This is in part because supply chain and logistics is a match made in heaven.

Blockchain may have been invented to rethink finance and transactions, but thus far it’s found its place in logistics and supply chain.

“The real promise of blockchain technology, is not that it could make you a billionaire overnight or give you a way to shield your financial activities from nosy governments. It’s that it could drastically reduce the cost of trust by means of a radical, decentralized approach to accounting—and, by extension, create a new way to structure economic organizations.” – MIT Tech Review

That’s the heart of the confusion. Blockchain creates trust where there is none, but who is this important for? Banks like to have the illusion of trust, they have little incentive to be transparent so much as to appear to be. Supply chain, however, is a different story because it involves a multitude of moving parts, suppliers, manufacturers, distributors. There are two points of trust to be had that are beneficial. Internal trust, in which different moving parts are accountable and therefore reliable. Consumer trust, in an age when people care more and more about fair trade, ethical sourcing, and the like, it’s beneficial for smaller organizations to be able to prove those claims.

For larger companies, sharing data makes them the go-to source, they will have to reduce their profit margin, since that data will be shown as well, but like Amazon, volume is the solution to reduced profit margins.

Even for those companies that pretty much own every part of their supply chain, they can save money by preventing losses with increased accountability. The benefit for the company is massive, so it makes sense they would adopt the technology quickly, once they understand it. In a way, this is the perfect marriage of two complementary technologies.

Banks, however, aren’t being left out entirely. They’ve simply repurposed their projects… towards supply chain goals. HSBC and ING, for example, had announced their first live trade-finance transaction on the blockchain with the shipment of soybeans. Barclays’ transaction involved butter exports. Even banks seem to be taking real steps of experimenting with blockchain through the supply chain direction.

The pattern is evident.

Looking at the currently active blockchain uses, the vast majority fall into the logistics and supply chain category.

Walmart has been using blockchain to track poultry according to Bloomberg, tracing transactions from farm to table reducing food spoilage and disease outbreaks. Maersk uses blockchain to track its cargo and reduce time spent in transit. These are the two big examples most people know, but the active projects are more extensive than that.

In diamonds, fair trade foods, UPS and Fedex packages, pharmaceuticals, vehicle parts, the technology has proven itself. Even the United Nations already uses blockchain across 16 agencies to give food and donations based on eye scanning, all tracked and coordinated on blockchain.

There’s a lot of insights to be made from this. A lot of these projects were started behind the scenes by big players, but not in the ways early proponents of blockchain assumed. With smaller, or lesser known companies and corporations, there’s still immense potential so long as they start and move quickly. For the rest of us, it’s becoming clear that the first uses of blockchain have proven most immediately beneficial for supply chain and logistics and we are likely to see this adoption trend to continue.