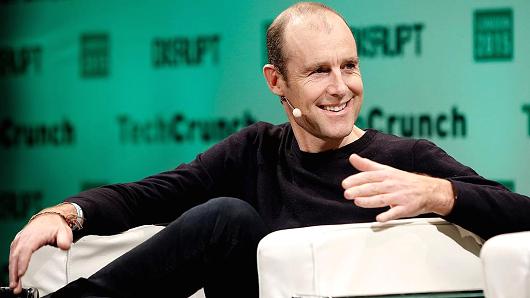 Adyen shares will begin trading on Wednesday in what will be one of Europe’s largest technology initial public offerings (IPOs).

But you’d be forgiven for not knowing much about the Dutch financial technology or fintech firm as it has flown under the radar for many years.

So here’s a rundown of what Adyen does and how it makes money.

Adyen was founded in 2006 in the Netherlands. Its current CEO, Pieter van der Does, was one of the co-founders.

The name of the company is Surinamese of “start over again,” the idea being that the company was making a modern payments platform for the digital age.

Adyen now has nearly 700 employees and 15 offices around the world.

What does it do?

Adyen began as a payments processing company for online stories and has acquired customers such as Netflix, Facebook and Spotify.

It also sells a point of sales system designed for physical stores. The company is tapping into the so-called trend of “omnichannel” shopping, trying to help merchants process payments online, across mobile and in-store.

Adyen processed payment volumes of 108 billion euros ($127 billion) in 2017, up from 66 billion euros the year before, representing 63 percent growth. And this has been growing strongly each year.

Earlier this year, eBay replaced PayPal with Adyen as its primary payments provider, which was another big win for the Dutch firm.

How does it make money?

Adyen primarily earns revenue through settlement fees and processing fees charged to its merchants on a per transaction basis, according to its IPO prospectus, and has been showing strong growth in the past few years. Revenues exceeded 1 billion euros for the first time in 2017, a more than 53 percent rise from the year before.

While many start-ups struggle with turning a profit, Adyen has been profitable for several years. It recorded a net income of 71.3 million euros in 2017, though this was down from 97.2 million the year before.

In its IPO, Adyen is not selling new shares. Instead, its shareholders are selling their stock, which amounts to 13.4 percent of outstanding shares.

The largest shareholder is early backer Index Ventures which invested in Adyen in 2011. It owns 16.86 percent. General Atlantic is another major backer with 10.82 percent of the company. Adyen also managed to get funding in 2015 from Iconiq, a highly secretive wealth management firm that manages investments for the likes of Facebook boss Mark Zuckerberg. While it was a private company, Adyen had raised around $266 million from various investors.

Late on Tuesday, Adyen set the price for its IPO at 240 euros per share, which was at the upper end of the range the company had previously issued. This gives the company a market capitalization or valuation of 7.1 billion euros ($8.3 billion). Adyen’s last valuation that it disclosed was $2.3 billion in 2015.

Shares of Adyen will begin trading on the Euronext in Amsterdam where they will be listed under the symbol “Adyen”.