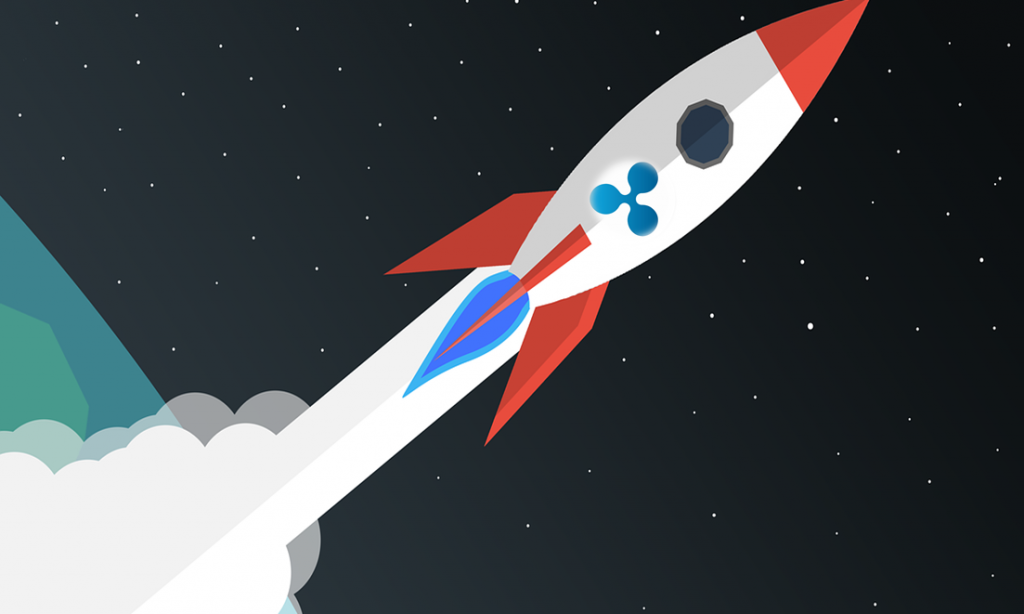 Brad Garlingouse, Ripple’s CEO, explained how Ripple’s XRP currency is getting momentum. It seems the momentum is strong enough to take it above the USD 1 mark (maybe even $5). Ripple keeps securing essential partners in the financial world and making a difference, so it’s not to be underestimated.

The last couple of weeks have been slow for every coin in the cryptocurrency world (last 24 hours have been extremely bearish). Bitcoin alone has lost over a thousand dollars per token, so it seems an adjustment will come soon in the form of a bull run. Ripple is trading today at $0.58 (down by 10.17% in last 24 hours), and it could be the coin that leads the new recovery because this month has seen them make several successful announcements.

The newest partner is the National Bank of Kuwait. It’s one of the largest banks in the middle east, and it will be adopting Ripple’s xCurrent platform to do their international transactions. This is even more impressive since just a few days before that the Kuwait Finance House (the country’s second-biggest bank) also joined Ripple Net.

Ripple’s technology (and sometimes the coin as well) makes international business easy, reliable and quick to settle. It’s incredibly cheap as fees are fractions of a cent and every payment happens in minutes instead of days, as it happens with the SWIFT system. In short, it’s changing the game for everybody.

That’s not just my opinion but also what financial institutions such as Banco Santander and Currencies Direct think now. Chief Product Officer at London-based Currencies Direct has said: “Trial with XRP was a resounding success” as they used them to exchange currencies among several banks in Europe and North America.

Two other Financial Tech firms also signed up with Ripple recently. InstaReM (from Singapore) and BeeTech from Latinamerica. They have adopted xCurrent and xVia to make payments across borders happen in real time. In his CNBC interview, Brad Garlinghouse said,

“There’s a very high correlation between the Ripple XRP price and the bitcoin price, but ultimately these are independent open-sourced technologies. It’s early, over time you’ll see a more rational market and behaviors that reflect that. It’s still a nascent industry, the speculation in the market dominates the trading activity. I think it’s a matter of time until people better understand the different use cases.”

He also talked about the current Ripple situation (it’s being sued by some investors who claim it’s not a currency but a security). Ripple’s CEO stated,

“If you own XRP, you don’t own rights to the profits or any dividends to the company. XRP has real utility.”

Ripple’s XRP is now the world’s third-largest cryptocurrency, and its real-world partners and applications already have turned it into one of the most influential as well. The project’s goals are clear, and the organization is moving towards them decisively.

All in all, let it be, short-term, medium or long – Ripple’s price is bound to hit the roof. Thanks to the popularity of network, media penetration, mainstream society penetration, consecutive hits in the financial world, and investing interests worldwide. Don’t be surprised when this currency’s value explodes.

And yes, there is no need to be panic on the latest price fluctuations, Ripple is not alone, the whole crypto market has suffered (the probe of Coinbase, itBit, Kraken, and Bitstamp is more likely to be blamed). The market has lost almost 20 bln over the last 24 hours, every single crypto is in red – and the whole market will go up again, soon. Fingers crossed!