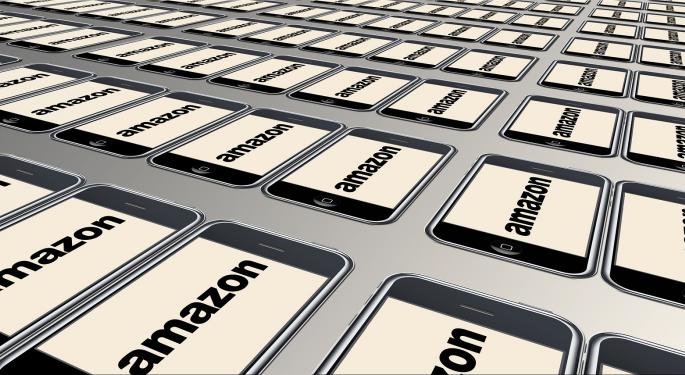 Amazon.com, Inc. AMZN 0.31% has become a massive success over time by taking an aggressive approach to exploring and adopting cutting-edge technology. In recent months, Amazon has been investing heavily in fintech initiatives with a particular focus on the huge, high-growth Indian market.

Back in February, Amazon was one of several investors that provided $16 million in funding to Greenlight Financial Technology. Greenlight is a Georgia-based firm developing a smart debit card designed specifically for children. The debit card allows parents to monitor and manage their children’s spending using a smartphone app.

In April, Indian online lender Capital Float announced it raised $22 million in new funding from Amazon as part of its $67-million Series C fundraising round. Capital Float has partnered with Amazon India to provide loans to e-commerce sellers. Capital Float said it issues more than 10,000 loans per month, has an outstanding loan portfolio of $170 million and has a default rate of about 2 percent. Roughly 70 percent of its loans are microloans of less than $7,600.

Late in May, Indian online insurance startup Acko announced that Amazon was the leading investor in the company’s $12-million fundraising round. Acko aims to bring a technology-centric approach to the insurance business and recently received in-principle regulatory clearance to launch its business in India. According to Inc42, only about 3 percent of the transactions in the $80-billion Indian insurance market take place online.

Amazon seems to be targeting India’s fintech market in particular for several reasons.

India’s economy is the sixth-largest in the world, but it is growing at a much higher rate than most other economies of a similar size.

Amazon appears to see India’s size, growth potential and addressable financial market as a golden opportunity for fintech investments. Just this week, it was reported the company will raise its total investment in India from $5 billion to $7 billion.

If this trend continues, investors can expect to see more fintech investments from Amazon in and the potential for major returns on those investments in years to come.