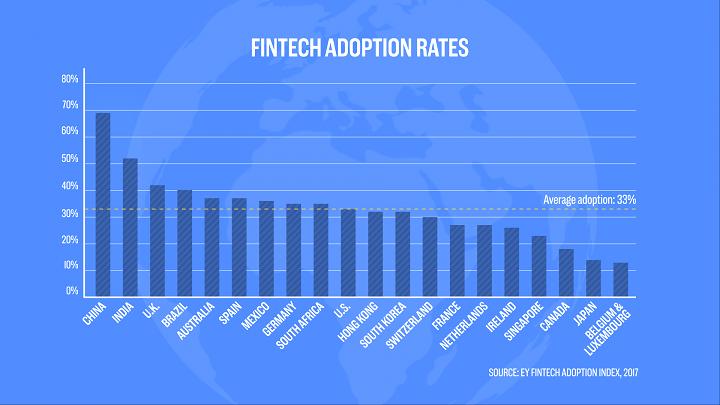 Even at a European conference about fintech, one country dominated the conversation: China.

This week, hundreds of fintech companies, from startups to tech giants, gathered at the Money 20/20 conference in Amsterdam, Netherlands. One key theme at the gathering was China’s leading role in the fintech industry.

Li said Alipay, a mobile and online payment platform, has 870 million active users, with 600 million in China and 270 million in the rest of the world. These user numbers are a testament to how quickly Chinese consumers have leapfrogged ahead of other countries when it comes to using fintech.

A study from accounting firm EY examined fintech adoption rates across 20 major economies. It found 69 percent of Chinese consumers had used at least two fintech services in the last six months. India came in second with 52 percent of consumers using fintech, followed by the United Kingdom at 42 percent.