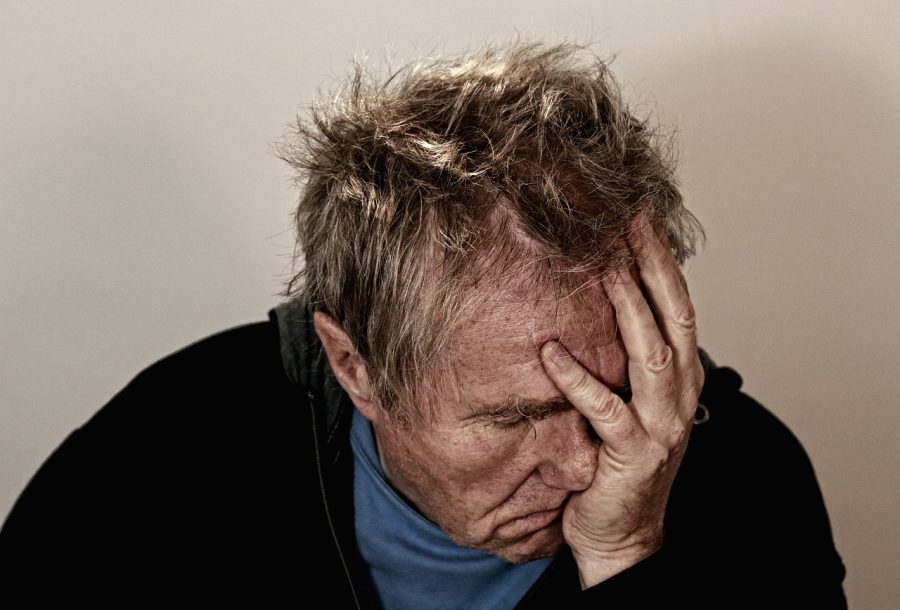 An undramatic Saturday night where Bitcoin was happily trading at $7600 turned into a bloodshed when BTC dropped by almost $400 in under 2 hours. Almost all other virtual currencies faced the same bear pressure dropping by ~5% in the past 24 hours. IOTA and BCH were the biggest losers, losing ~10% and 7% in value respectively over the past 24 hours.

Bitcoin [BTC] at press time had gone back to trading at $7348 to a token with a market cap of $125 billion with current market domination at 38.3%. A lot of chart analysts had predicted a “big” price action on Saturday or Sunday with the Bollinger Band indicator showing an elongated tube formation which is generally interpreted to be followed up by a big price action. 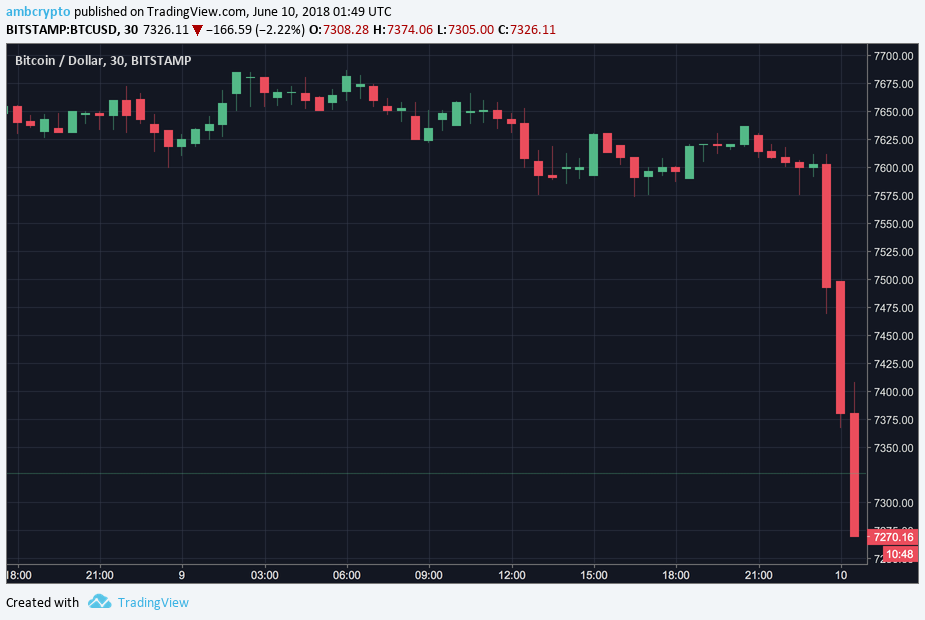 Ethereum [ETH] also crashed with the similar selling pressure as Bitcoin leaving the charts looking exactly similar. Ethereum [ETH] was trading above the $600 price point before the dramatic sell-off in under 2 hours which left ETH trading at $570 to a token with a market cap of $58 billion. 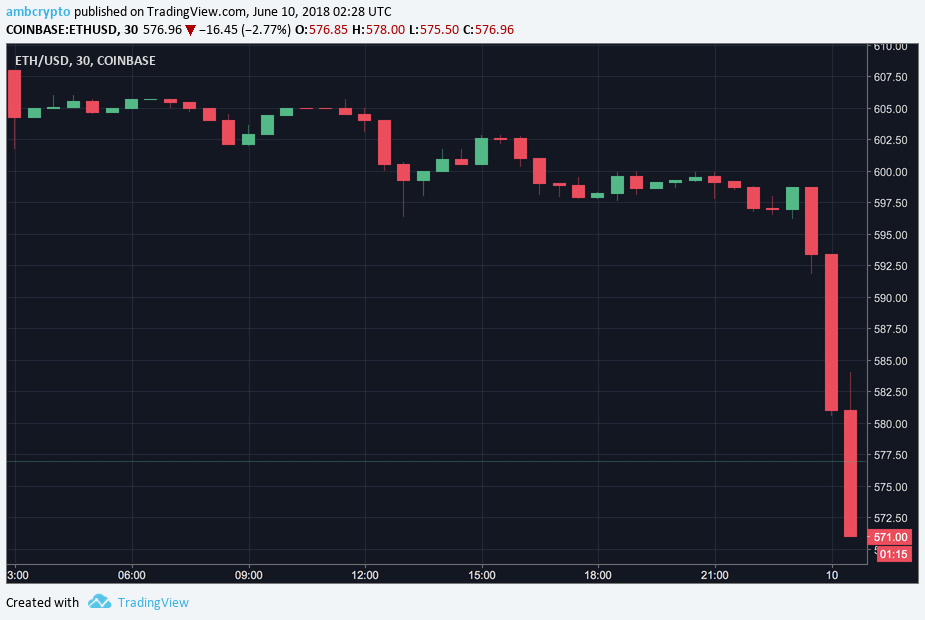 Ripple [XRP] although experienced a similar selling pressure, immediately after the drop there was a pullback. XRP at press time was trading at $0.64 to a token with a market cap of $25 billion. 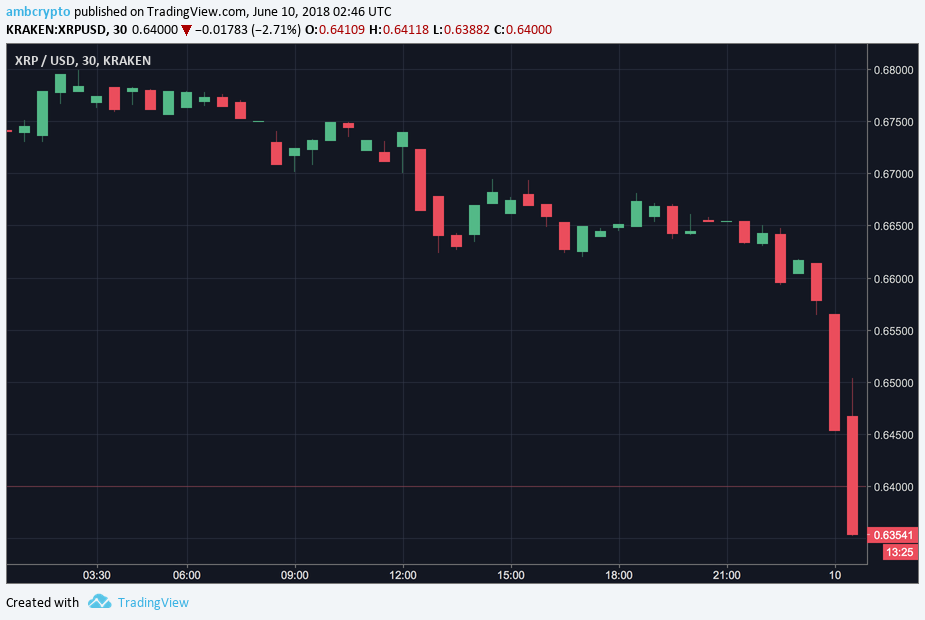 Despite this slump, many analysts call this drop as insignificant because of the 24-hour trading volume as early January this year Bitcoin experienced a trading volume of $17 billion in a day. Yesterday’s Bitcoin trading volume was 4x lesser at $4 billion.

Thomas Lee, Fundstrat’s Robert and many other influencers including John McAfee have predicted the year-end prices to be more than $20K for Bitcoin. With the market prices still dependent on Bitcoin, a bullish momentum in Bitcoin will signal a monumental growth for other altcoins especially for ones with a hard-working tech team.