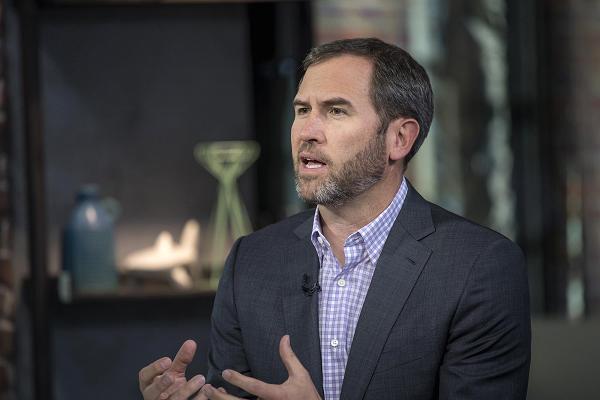 Bitcoin is not the “panacea” to solve the problems that people thought it would, Brad Garlinghouse, the CEO of blockchain start-up Ripple, told CNBC in an interview that aired Tuesday.

Ripple is a San Francisco-based company that is developing a network for faster global financial payments. XRP is the digital token that financial institutions on the network can use to transact quickly. The currency and the company were founded by the same people.

XRP is traded on cryotocurrency exchanges and one is currently worth 65 cents. Garlinghouse, who emphasized that Ripple is independent of the XRP token, said bitcoin will have a role in the future, but not one that will see it solve major problems, such as becoming a global currency.

“I think it’s (bitcoin) not going to be the panacea that people once thought it would be, where it would solve all of these different kind of problems… Instead, you’re seeing specializations of different kind of ledgers, different kinds of blockchains,” Garlinghouse told CNBC at the Money 20/20 fintech conference in Amsterdam, Netherlands.

He explained that the bitcoin blockchain, the technology that underpins the cryptocurrency, is “quite slow,” whereas XRP transactions are “a thousand times faster.”

While many see XRP as a rival to bitcoin, Garlinghouse said it’s not necessarily a case of one digital coin versus another.

“I think that what we’re seeing is the overall growth of this space and there will be many winners,” he added.

Bitcoin is the world’s largest cryptocurrency by market capitalization. In another recent interview with CNBC, Garlinghouse said that cryptocurrency prices are influenced by bitcoin, but that could soon change as people realize the differences between different digital coins.

Elsewhere, Ripple has been hit with a class action lawsuit by a person who allegedly lost money buying and selling XRP. Ryan Coffey claims that Ripple violated U.S. securities law.

In 2013, Ripple Labs created 100 billion of the XRP coins in existence. Ripple owns about 60 percent of those 100 billion XRP, some of which are owned by the blockchain’s founders. The lawsuit alleges that the founders “earned massive profits by quietly selling off this XRP to the general public, in what is essentially a never-ending initial coin offering (ICO).”

An ICO is a way for a company to issue a new digital token in exchange for money in order to raise funds. Garlinghouse called the lawsuit “outrageous.”

“Here’s somebody who held XRP for, I think, two weeks… and is making some claims,” he said.

“From an ownership point of view, owning XRP doesn’t give you any ownership of Ripple equity. And also, as we just talked about, XRP has a lot of utility, so to me it’s quite different than what a security you know looks like and I think ultimately we’ll find that conclusion.”