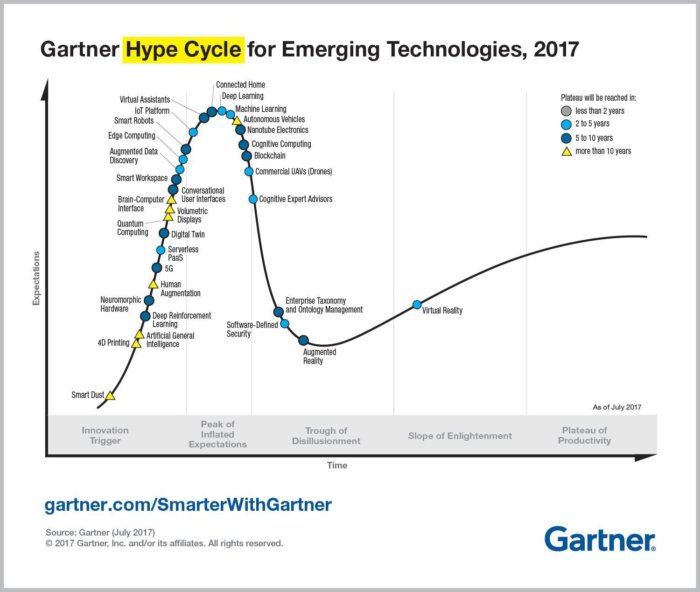 Amazon plans to be one of a handful of tech companies leaping to provide blockchain as a service for enterprises seeking to test the waters without the expenses and risk associated with a new roll out.

As enterprises look to deploy the online distributed ledger technology, the industry’s largest software and services providers have launched BaaS offerings as a way to allow customers to test the nascent technology without the capital costs or risk of deploying it in-house. The BaaS offerings also address a shortage of in-house blockchain developers, who are still in hot demand.

While Amazon’s BaaS offering may seem like just another tool in the AWS box, the adoption of BaaS isn’t going to look or function anything like the adoption of other cloud services, according to Michael Fauscette, chief research officer of G2 Crowd, a business-to-business software review site.

“The use case ideas are really exploding around blockchain in a way that will drive in a wave of adoption that will happen faster than others,” Fauscette said.

Amazon partnered with Kaleido to offer its cloud services on which to host an Enterprise Ethereum-based, open-source blockchain platform. That makes Kaleido the first managed blockchain SaaS available on AWS; it is available in AWS regions across the world.

“If blockchain doesn’t become dramatically easier to use, then companies will have to walk back their investments and our society will be far too slow in realizing blockchain’s significant promise,” Steve Cerveny, enterprise lead at ConsenSys and the founder of Kaleido, said in a statement. “We designed the Kaleido platform from scratch with new user experiences and tools to radically simplify the entire enterprise journey.”

This is not Amazon’s first forway into blockchain. The company has invested in other company’s blockchain development projects, and in April, AWS announced the availability of blockchain developer templates based on Ethereum and Hyperledger – the most popular business-grade, open-source blockchain platforms.

Neither Amazon nor Kaleido responded to requests for comment about when their BaaS offering would be available.

Blockchain technology is still in the hype phase, according to research firm Gartner, and enterprises are clearly wary of adopting such a nascent technology.

Only 1% of CIOs indicated any kind of blockchain adoption within their organizations, and only 8% of CIOs were in short-term planning or active experimentation with blockchain, according to Gartner’s 2018 CIO Survey.

Furthermore, 77% of CIOs surveyed said their organization has no interest in the technology and/or no action planned to investigate or develop it.

“This year’s Gartner CIO Survey provides factual evidence about the massively hyped state of blockchain adoption and deployment,” said David Furlonger, a vice president and Gartner fellow. “It is critical to understand what blockchain is and what it is capable of today, compared to how it will transform companies, industries and society tomorrow.”

Among 293 CIOs of organizations that are in short-term planning or have already invested in blockchain initiatives, 23% said blockchain requires the most new skills to implement of any technology area, and 18% said blockchain skills are the most difficult to find.

Because blockchain is so new, BaaS offerings have been an attractive option, and IT providers – spurred on by customer inquiries – are quickly deploying both the consulting and technology backing.

In 2015, Microsoft became one of the first software vendors to offer BaaS on its Azure cloud platform. The Azure cloud service is open to a variety of blockchain protocols, supporting simple Unspent Transaction Output-based protocols (UTXO) like Hyperledger; more sophisticated Smart Contract-based protocols like Ethereum; and others as they are developed, Microsoft said via email.

Through its BaaS, IBM has launched a number of pilot projects with supply chain and financial services companies.

Amazon’s BaaS, however, is well positioned for adoption because of the already wide-spread use of its AWS cloud service by developers and enterprises in general, Fauscette said.

“If I were starting a software company today, would I buy a bunch of servers and put them in my back room? Or would I just use Amazon? I’d just use Amazon,” he said. “That’s the mindset of developers in the industry today.”

Service offerings, however, do detract from one of the most attractive blockchain attributes – the ability to cut out the middleman by enabling a peer-to-peer network controlled by its users.

In financial services, for example, blockchain enables cross-border money transfers without the need for a banking intermediary, which greatly reduces costs associated with fees. It also speeds financial settlement times through disintermediation.

Blockchain deployments have also been able to thwart international regulatory oversight in many cases because the hundreds or thousands of nodes that make up the P2P blockchain networks are dispersed globally, and not defined by any one nation’s borders; that, said Fauscette may be another issue with BaaS.

Amazon’s model centralizes everything in their offering, but it’s still very distributed. So, some may have to find a way to work around data residency in some countries. That could be a compliance challenge,” Fauscette said.