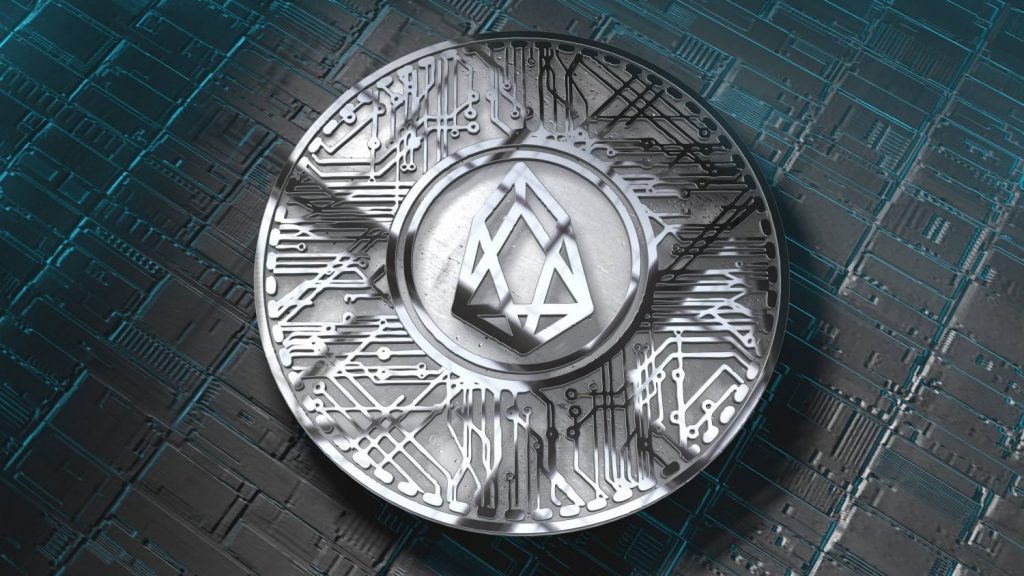 The world’s fifth most valuable cryptocurrency is set to formally release its software this weekend.

First announced in 2017, the EOS project has been fundraising for nearly a year, raising a reported $4 billion in what many are claiming is the largest amount ever collected by a team creating a custom cryptocurrency. As such, the launch, expected for Saturday, has come with no shortage of hype.

The fervor around the unveiling is, in part, due to the diverse discussions long surrounding the project. As detailed by CoinDesk, EOS has long been a target of criticism for its vision and execution, though it has attracted advocates who believe it offers a decentralized alternative to the cloud hosting services that currently dominate the lucrative market for data storage.

With public trading for the cryptocurrency already well underway, all eyes are likely to be on the markets, in addition to technology forums, where token holders are already queuing up with questions related to trading, token registration, airdrops and wallet compatibility.

Clarity has been hard to come by, something that hasn’t been helped by a lack of dialogue from those who have been most publicly associated with the project.

Nevertheless, the upcoming launch process is not wholly mysterious.

Most notably, the launch will begin 23 hours after the protocol’s publisher, Block.one, makes the code available as open-source software. The release of the code, however, will be the extent of Block.one’s involvement in the launch.

From there, a community of aspiring block producers — various entities competing to act as validators in the network’s delegated proof-of-stake system (dPOS) — will subsequently pick up the baton as part of an elaborate process that appears unorthodox, even in the evolving world of new blockchain technologies.

Upon the software’s release, this group of block producers — which includes an unknown set of exchanges, crypto mining operations, consultancies and others — will first take a “snapshot” of the EOS tokens (represented on the ethereum blockchain, used for fundraising) to determine the quantity of EOS tokens that must migrate to users EOS wallets.

According to Block.one, EOS token holders can ensure that their tokens transfer by registering their ethereum addresses prior to June 2.

Upon the completion of the token verification process, a limited number of block producers will be appointed to test the blockchain prior to making it available to the public.

“What we’re going to do is launch the mainnet together as a group, but we’re going to freeze it so that no [token] transfers can happen yet, ” Dafeng Guo, co-founder of EOS Asia, a developer consortium specialized in the EOS blockchain, told CoinDesk.

He added that the block producers will then “clone the chain” and complete a “bunch of testing on it” to ensure that its smart contract, voting and multi-sig wallet functionalities work. According to a statement circulated by multiple block producer candidates, third parties will also be able to test the network at that time.

Once the block producers conclude their tests, the network will be available to token holders, however they will still be unable to carry out token transfers.

The protocol’s consensus system (delegated proof-of-stake) requires users to first select block producers by voting, which is carried out by ‘staking’ tokens. Users with more tokens have more influence in the election of block producers than those with fewer tokens, and 15 percent of the network’s total tokens must be staked in order for users to kick-off token transferal.

The voting process is one anticipated pain point of the launch. As CoinDesk has previously reported, there has been widespread confusion within the community as to how to vote and user-friendly interfaces are few and far in between. Programming-literate token holders can vote via a command line interface, but less tech-savvy users will likely have to rely on crowdfunded projects like EOS Portal.

“If we can’t vote, then we can’t activate the chain,” Kevin Rose, co-founder and head of community at block producer candidate EOS New York, told CoinDesk.

According to Guo and Rose, the period of time between the protocol’s launch on mainnet to the conclusion of testing could be hours or days. The voting process is likely to add additional time.

In other words, it is unlikely that the EOS blockchain will launch on mainnet, become public and allow users to undertake transfers all on the same day.

Another potential roadblock to the full activation of the chain is vulnerability in the code.

Earlier this week, major China-based internet security firm Qihoo 360 informed Block.one that the protocol had a “series of epic vulnerabilities” that made its nodes susceptible to attackers. Developers fixed the bug on the same day, and Block.one CTO Daniel Larimer subsequently announced a ‘bug bounty’ on Twitter, offering $10,00 for major finds.

Guo predicted that other bugs will crop up after the launch, and said he was happy that Qihoo 360 is reviewing the EOS code.

“I anticipate that there might be more vulnerabilities being discovered and patched in the first one or two weeks after the code is frozen,” he said, adding that the severity of the issues, and hence their effect on the network, could vary. “It could be a very easy patch or it could be a harder to fix type of problem,” he explained.

“That’s par for the course for any system of this scale,” he said of Qihoo 360’s discovery. “If you look at the history of these systems, like ethereum 1.0 when it was launched, it’s amazing that the thing even worked. It was really held together with duct tape. And if you look at bitcoin in its early days, it’s the same thing. It’s always going to be a little bit rough, but overall things are trending in a very good direction.”

Nonetheless, he added that Multicoin is “keeping an eye on the GitHub issues log.”

For his part, Rose said he was confident that Block.one would adequately address issues with the code before the launch, but “if extra time is needed, that’s ok,” he added.

While the prevalence of bugs remains to be seen, Rose and Guo said one likely outcome of the mainnet launch is the creation of mainnet “clones” – or forks of the EOS blockchain created to steal users’ tokens.

“This is going to be wrought with scams because this software is open source and the EOS private keys are the same across all networks that launch,” Rose explained of the launch.

“It’s kind of tricky because ordinary token holders, they don’t know which one is the real mainnet,” Guo said. Likewise, he suggested that airdrops – the distribution of free tokens often through forks – could make these clones all the more tempting.

“For them, from just purely a game theory point of view, they probably also don’t care as much. Some people will be like, ‘Oh I have an extra token,'” he continued.

Guo explained that these clones carry additional risk because, unlike bitcoin for example, “there is no standard” for the EOS blockchain, so the first mainnet version is not guaranteed to create a committed following.

While forks can be valuable ways for communities to experiment, Guo said he thinks early EOS forks are unlikely to be well-intentioned.

“Since there is no EOS mainnet yet, anybody who is trying to launch a clone at this moment is just taking advantage of the situation.”

Rose said he advises users to be “extremely vigilant” about inputting their private keys and to rely on unified statements put out by mainnet block producers.

“Do not do so unless you are absolutely certain that you have heard from at least five reputable sources. And when I say reputable sources I mean block producers you trust that have published the exact same statement, on the same day, that says to do the same thing at the same time. Don’t do anything until you see that,” he cautioned.