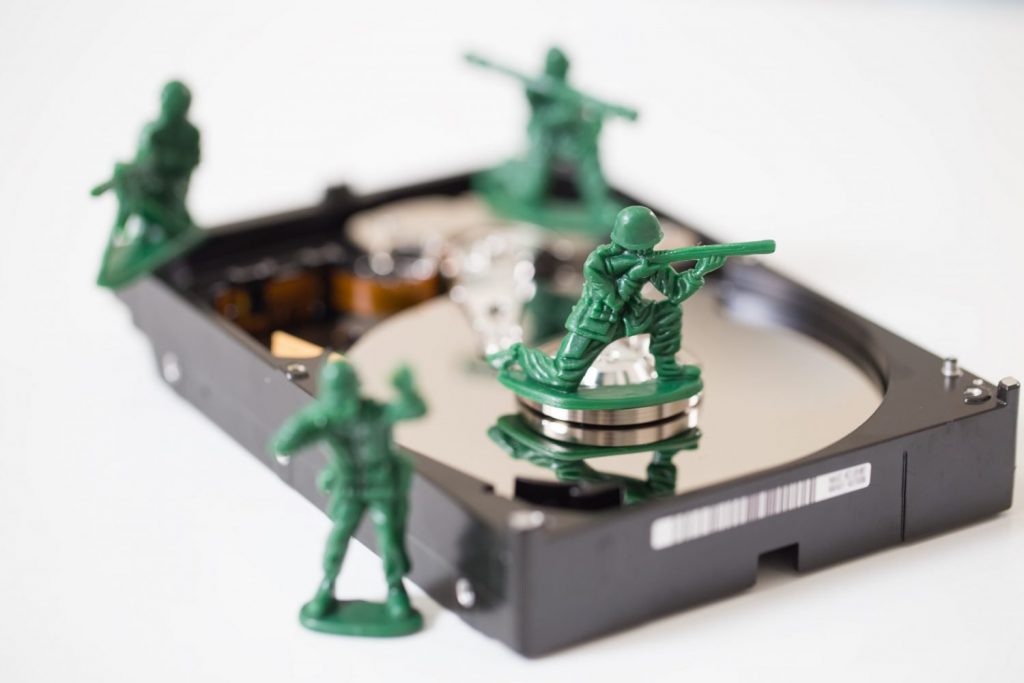 What was once a phrase that echoed across message boards, one that defined an aggressive shift in sentiment against the companies that today make hardware required to run cryptocurrency software, is falling out a fashion as the so-called ‘War on Miners’ enters a less decisive period.

Indeed, in the wake of new research and analysis, leading developers now appear to believe that standing in the way of a shifting mining landscape might be hopeless. At least, that was the testimony of many blockchain software developers at Consensus 2018, who indicated that hardware manufacturer Bitmain’s recent distribution of high-performance ASIC miners is proof of their inevitability for all cryptocurrencies.

Still, controversy surrounding the idea optimized mining hardware will soon be available for previously ASIC-resistant cryptocurrencies (including ethereum, monero and zcash) has continued to escalate.

Because the chips force more general-purpose mining hardware, such as graphic cards or GPUs, out of the market, each cryptocurrency has witnessed efforts to enact software changes so the hardware can no longer operate. Monero, the 13th largest cryptocurrency, for example, has committed to changing its underlying algorithm.

Driving the defense is the ideological belief that lacking sufficient competitors, ASIC manufacturer Bitmain commands too substantial a portion of the network share, a market reality that threatens to undermine the open, decentralized participation that cryptocurrencies strive for.

For now, monero is willing to go it alone, with regular anti-ASIC updates that aim to keep ASIC hardware off the network until such time that ASICs become ubiquitous, like USB drives, so that they can be run by a wider pool of participants.

“Ultimately ASIC resistance is futile but between now and then, before we capitulate to ASICs, let’s resist it for as long as possible until ASICs are commoditized,” Spagni told CoinDesk.

However, given the financial incentives at play – optimized hardware can quickly dominate a network, and swallow the rewards in exchange for the increased hashpower – others warned that ASIC manufacturers will always be a step ahead.

I think any GPU-mined coin is going to become an ASIC-mined coin at some point. Bitmain has been pretty methodical about demonstrating this.”

The firehose of money

Put differently, this means that crypto developers believe that innovations in the development of mining chips will continue to increase at a comparable pace as decisions designed to mitigate them.

What’s different now, though, is that there is new anecdotal and statistical evidence to back this up. According to Vorick’s estimations, which have now been widely circulated, ASIC manufacturers move faster than anti-ASIC code.

On top of that, Vorick argues that software developers have underestimated the flexibility of hardware.

“At this point there’s no single ASIC resistance algorithm that our chip devs have looked at and said they couldn’t do,” Vorick said.

Written by a software developer who tried to start a mining business, these words carried weight.

Speaking to CoinDesk, founder of zcash and CEO of the Zcash Company Zooko Wilcox echoed these points, noting how the work has impacted his own thoughts on the subject. Ultimately, he now believes that ASICs will continue, simply because the economics of beating the competition in crypto mining are so favorable to those who do it.

“Literally for zcash, I wouldn’t be surprised if you can launch a project, take according to Vorick’s estimates, three or four months to get it deployed and in 48 hours you would make more money than you spent,” Wilcox told CoinDesk.

Although a significant portion of the zcash community have spoken out against the hardware, Wilcox has said he has no intention to disrupt the current development cycle in order to implement anti-ASIC code.

While Wilcox has several reasons for taking this stance – primarily so as not to interfere with an upcoming upgrade – he added that ASIC resistance is liable to manipulation, simply due to the high incentives at play.

“It’s kind of like you’re holding a firehose of money and you’re saying I’m just going to wiggle this around in random directions, spray money at random recipients, and it’s enough money that this is going to focus all the attention on you, and people are going to try and influence and ask you to justify which direction you’re pointing the firehose of money,” Wilcox said.

I definitely don’t want to be in that position.”

And even if software developers keep up the fight, Vorick warned of something he calls the “secret ASIC.”

The idea is that savvy manufacturers might even build mining chip innovations in secret, and rather than release them to the market, keep them to themselves to game the rewards.

“I think it’s safe to assume that every proof-of-work coin with a block reward of more than $20 million in the past year has at least one group of secret ASICs currently mining on it, or will have secret ASICs mining on it within a few months,” Vorick wrote in a blog post.

Bitmain itself was quick to dismiss Vorick’s writings as “conspiracy theory,” but Vorick’s position is reinforced by his own foray into ASIC manufacturing. Last year, siacoin began building its own ASIC – one that contained a secret switch to force away any competitors – but was beaten to market by Bitmain.

According to Vorick, these kinds of tricks are typical.

“It’s because its a zero sum game. For mining in particular, if your proponent is better then you just naturally lose money,” he told CoinDesk.

Wilcox echoed this, stating that the secrecy trickles down, such that mining pools refuse to share data, and the remaining community can no longer analyze the network.

“It’s an interesting juxtaposition in cryptocurrency world,” Wilcox told CoinDesk, “the development process and the developers social environment is maximally open, but the mining environment is very secretive.”

Going forward, Vorick said that software developers will try to control the mining landscape through strategically partnering with hardware suppliers in the early stages of development.

Projects could share their code with ASIC manufacturers from the beginning, in exchange for some promises in return, such that ASICs would be fairly distributed, and a cryptocurrency’s community gets first pick.

So that takes Bitmain’s big advantage, which is that they’re always first to market with everything, and takes that away from them.”

But there’s signs that Bitmain is moving in a cooperative direction as well.

For example, Wilcox shared notes from a video call with CEO of the company, Jihan Wu, to discuss communication difficulties facing the respective groups. According to Wilcox, Wu said individuals had been exploiting the communication gap to foster mistrust surrounding the company.

“We have never been doing a stealth mining strategy,” Wu reportedly stated.

Following the meeting, Bitmain published a blog post published on Friday, stating it would be exploring an exercise in “radical transparency” when it came to the shipment of zcash ASICs.

In order for the zcash community to prepare for the increased hashrate, the company said, it would live-tweet when the hardware is being shipped, as well as the time of the purchases.

Speaking to CoinDesk, PR representative for Bitmain Nishant Sharma said the company is making an effort to interact with software communities. “You may have noticed that our communications have steadily become more proactive and responsive over the last few months. We expect this to continue,” Sharma said.

Further research from software developers into the hardware landscape might help the situation as well.

For example, while the zcash company has no intention to move away from the ASICs, the Zcash Foundation is embarking on anti-ASIC research, as well trying to better determine the breakdown of the mining network.

There’s no reason why a blockchain fork into two mutually incompatible technologies has to become a social schism into mutually antagonistic communities. Instead, you can have one community and the people in it use both technologies.”