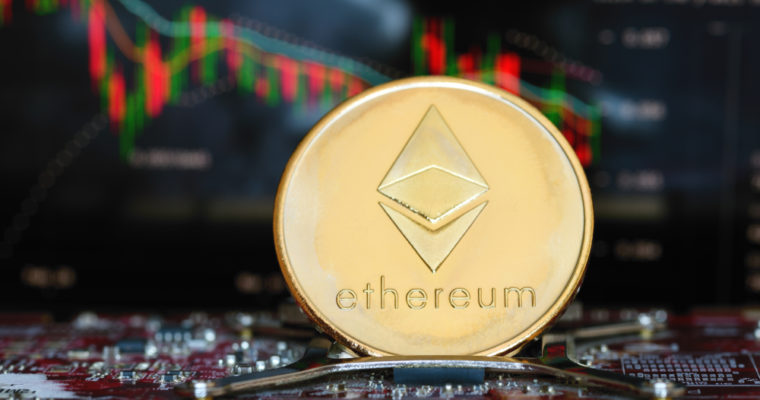 The price of Ether, the native cryptocurrency of the Ethereum blockchain network, has dropped 14 percent overnight as other major cryptocurrencies like bitcoin, Ripple, and Bitcoin Cash fell in the range of 2 to 6 percent.

Some analysts including WhalePanda, the host of popular cryptocurrency podcast Magical Crypto Friends suggested that ETH could have dropped due to the dump of Ether by initial coin offerings (ICOs) and blockchain projects.

“Wondering who just ragedumped $ETH on Bitfinex. Didn’t $EOS still have a lot of ETH and they were using Finex before,” speculated WhalePanda, raising a valid question.

The issue with ICOs and blockchain projects that raise many millions of dollars after token sales, to fund operations and developments, ICOs need to liquidate a significant portion of the ETH they raised. Most ICOs, like EOS, tend to liquidate their ETH on public cryptocurrency exchanges like Bitfinex, triggering a domino effect and leading other cryptocurrencies to drop by large margins.

Price drops triggered by transparent events like the movement of funds from the EOS smart contract to cryptocurrency exchanges often lead to short-term recoveries. As such, the initial price drop of Ether by around 14 percent was reduced to 8 percent.

The bitcoin price has declined below the $7,200 mark, likely making its way to the higher end of the $6,000 region. Other major cryptocurrencies such as EOS, Bitcoin Cash, and Ripple have fallen by similar margins, in the range of 5 to 8 percent.

Bitcoin has been able to sustain some stability in comparison to other major cryptocurrencies and tokens but over the past week, the bitcoin price has declined substantially against the US dollar, from $8,600 to $7,140.

On yesterday’s report, CCN noted that the next support level of bitcoin could be in the higher end of the $5,000 region or the lower end of $6,000. Analysts such as Willy Woo, who uses quantitative data to evaluate the short-term and long-term price trend of bitcoin emphasised that based on various indicators, the bitcoin price will likely dip below $6,000 but rebound sharply after reaching $5,700.

“So, in summary, my best guess… slowish bleed down to $6800… then a steeper slide to $5700, then a levelling out of the drop… then a flat zone. This is an educated guess based on volume profile and fundamental data framing the rate of movement,” said Woo.

Based on the failure of bitcoin and other major cryptocurrencies to sustain any momentum at current levels, it is highly likely that the valuation of the cryptocurrency market falls below the $300 billion mark, possibly to mid $200 billion in the upcoming weeks.

However, analysts are still optimistic about a potential rally in the third quarter of 2018 that may send the price of bitcoin back to the $14,000 region.