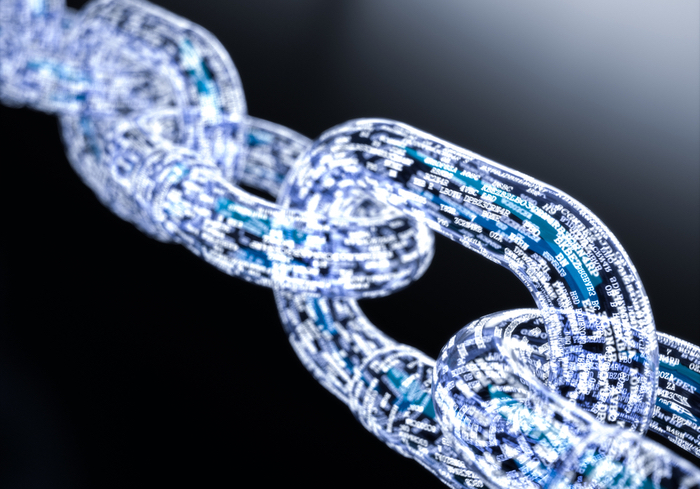 At least one thing is clear about Facebook’s new interest in blockchain: It will help the social media giant keep up with the Joneses.

No one outside Facebook has yet cracked why the company is creating a blockchain unit and putting David Marcus, one of its senior executives, in charge of it. A dedicated focus on blockchain technology — a push backed by Facebook’s mountains of cash and supported by its experienced engineers — could easily lead to features involving data security, digital currency and digital ID.

Of course, Facebook being Facebook — big and feared — some observers see cynical motivations behind the company’s recent blockchain move, which they view as not only a way for Facebook to keep up with smaller firms, but also as a way to imitate, fight and eventually conquer the competition.

Take the messaging app Telegram. Boasting 200 million users, it has raised $2 billion from “private investors to build a blockchain-based network,” according to CNBC. And last month, angel investor Jason Calacanis started the Open Book Challenge, in which seven companies will each receive $100,000 in investment money to start building a Facebook replacement.

Calacanis has a suitably dim view of Facebook’s interest in blockchain.

“Facebook is actively trying to shut down the open web, and that’s an opportunity for clever founders to double down on solutions that Facebook, and Google, do not control,” he wrote in a blog post. “SMS, email, the web, podcasting, RSS and distributed crypto and blockchain solutions — are all amazing examples of platforms that Google and Facebook can’t stop ,  and they’re actively trying.”

Another analyst who deals directly with blockchain said Facebook faces no major threat from the technology, at least not yet.

“I certainly don’t think blockchain is an existential threat to Facebook today,” Spencer Bogart, a partner at Blockchain Capital, a San Francisco-based venture firm that invests in blockchain companies and cryptocurrencies, told CNBC. “Could it be? Yes, longer term. That’s why they want to be smart and stay engaged.”

Blockchain, of course, is not for sale. But its increasing use in digital ID programs — including some that also include payment features — might provide at least some rough examples for the tinkerers at Facebook, which is trying to get past the Cambridge Analytica data-use controversy. Estonia, for instance, is using blockchain to tie together digital ID and digital currency.

In fact, blockchain could help Facebook crack down on fake accounts — the social media operator purged 583 million of them in the first quarter of 2018 — and give users a new way to control their online privacy. And blockchain would also boost payments on Facebook, notably micropayments via digital currency that might encourage the development of more Facebook apps. According to Facebook observers this week, a natural place to test such payments would be the social media company’s Messenger and WhatsApp tools.

A potential argument against Facebook using blockchain to set up digital currencies stems from its decision in January to reject ads for cyber currencies and similar products and services, with an executive saying at the time that the social network wanted to distance itself from “misleading or deceptive promotional practices.”

That doesn’t mean Facebook will maintain such an attitude as its explores blockchain with its in-house teams.

And the answer to Facebook’s new technological pursuit might involve the philosophical leanings of its founder as well.

“A lot of us got into technology because we believe it can be a decentralizing force that puts more power in people’s hands,” Mark Zuckerberg wrote in his New Year message to his Facebook followers, as noted in a recent Financial Times article. Pursuing products and features based on the decentralized distributed ledger that is blockchain could certainly lead Zuckerberg and his giant of a company closer to that ideal.