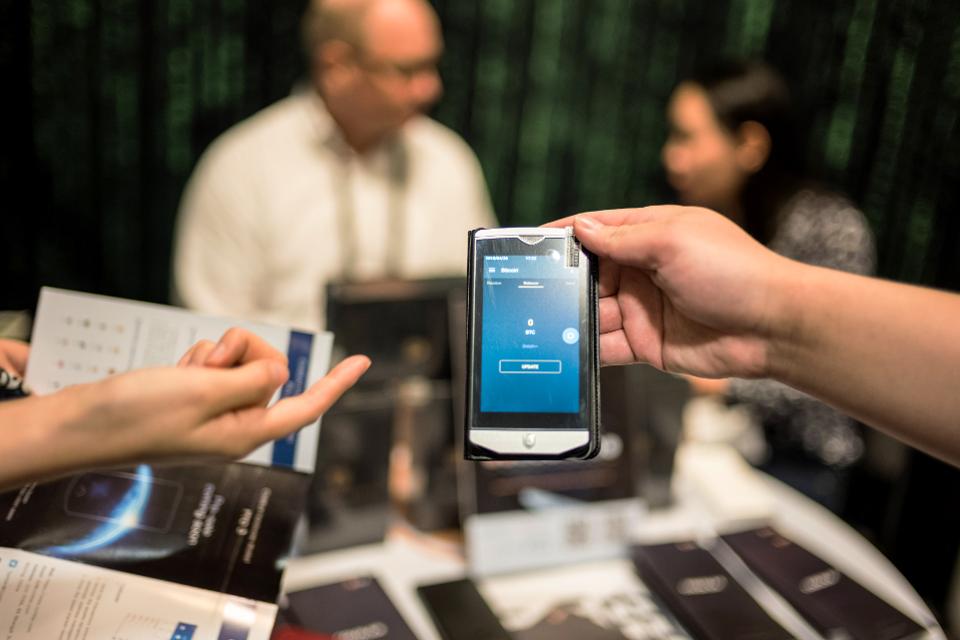 As the cryptocurrency conference Consensus heads into its second day, it’s clear that the buzz around blockchain will only continue to grow. The New York City event is welcoming 8,500 attendees and has raked in at least $17 million in ticket sales. These events tend to attract a lot of marijuana enthusiasts too, a friend in the cryptocurrency space recently told me.

Plenty of cryptocurrency startups are trying to enter the cannabis space, billing themselves as a way to help the industry’s cash problem: Thanks to marijuana’s Schedule I status, banks are wary of working with state-regulated businesses. Despite the U.S. Treasury Department’s FINCEN guidance to working with marijuana-related businesses, most major financial institutions are unwilling to take on the risk or the regulatory burdens. This leaves cannabis companies scrambling for the handful of credit unions and smaller institutions that are willing to serve the growing, multi-billion-dollar industry.

Blockchain payments platform Alt Thirty Six hopes to remedy this state of affairs by providing marijuana retailers a means to accept electronic payments. The company announced the hiring of Don Schroeder in April, whose work at First Data helped bring cashless payments to fast-food giants like McDonald’s. On Tuesday, the company is announcing a partnership with cannabis software company WebJoint.

“We’re thrilled to have the opportunity to partner with [WebJoint], providing more cannabis businesses with access to our platform and changing the way the industry as a whole handles payments,” Alt Thirty Six CEO Ken Ramirez said in a statement announcing the news.

WebJoint says it currently serves more than 200 retailers in California and is planning to expand to the Arizona and Nevada markets. The dispensaries that currently use WebJoint will be able to accept digital payments through Alt Thirty Six, which uses Dash, a type of cryptocurrency.

Dash is superior to alternatives like Bitcoin and Litecoin due to their long confirmation times. Bitcoin confirmation can take up to a few days, “which is not feasible for a point-of-sale environment,” said Ramirez in an email. Dash has one of the faster transaction times among cryptocurrencies and also has low network transaction costs.

So, can cryptocurrency truly take the cannabis industry cashless?

One of the most frequent criticisms I hear from financial experts in the cannabis space is that the anonymity of cryptocurrencies is exactly the opposite of what it needs. The marijuana industry needs more transparency–not less of it–and it certainly doesn’t need to use the same tools that have enabled dark-web drug marketplaces to flourish.

But Ramirez thinks that’s a misunderstanding of how cryptocurrencies work. While the original intent of cryptocurrency may have been anonymity, blockchain is “one of the most secure, transparent and immutable technologies in existence,” he said. “Banks could benefit from being friendly towards cryptocurrency transactions… Cryptocurrency could help provide faster domestic and international transactions, as well as more secure and accurate record keeping within the banking system.”

Meanwhile, the payment platform can make electronic payments at similar speeds to Visa or Mastercard “but at a fraction of the cost.”

Even if the federal government were to pass marijuana reform that would allow cannabis businesses to access banks, Ramirez says the platform could provide “additional withdraw options for our clients.”

But a true solution to marijuana businesses’ cash troubles would still have to come from Congress, something that Ramirez is not optimistic about. “There are too many unknowns around regulation, compliance requirements, security, in addition to costs,” he said. “Cannabis will keep moving with or without the banks.”