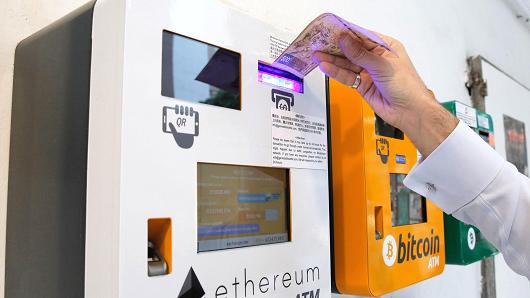 But the company said it has no plans right now for ethereum futures, although the structure of the indexes is very similar to the ones behind CME’s bitcoin futures.

“The focus right now is on the index itself,” said Tim McCourt, managing director and global head of equity products and alternative investments at CME.

CME launched bitcoin futures in mid-December, just over a year after launching bitcoin indexes. Many expected the futures to bring in more institutional investors, helping send bitcoin prices higher. However, the cryptocurrency traded near $8,700 Monday, less than half its record high of above $19,000 hit in December.

Ethereum traded near $730, down about 45 percent from its record hit earlier this year, according to Coinbase. The coin is the second-largest cryptocurrency by market capitalization.

Ethereum is “something that a few exchanges have expressed interest in listing derivatives on,” Brian Quintenz, a commissioner of the Commodity Futures Trading Commission, said Monday at the Consensus cryptocurrency conference. “The decision needs to be made carefully.”

Trading volume in CME’s bitcoin futures was initially sluggish but spiked in late April to a record high of more than 10,000 contracts. Composite volume Monday was about 5,000 contracts, about a tenth of the WTI crude futures volume, according to FactSet.