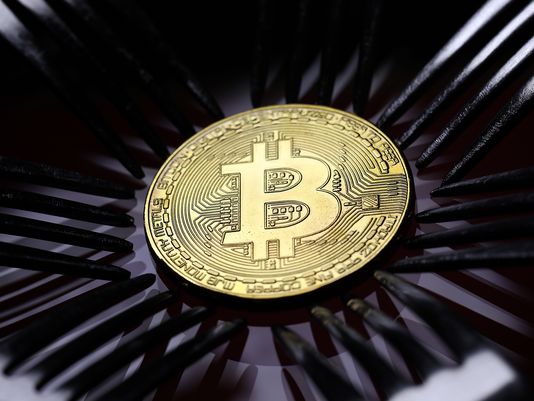 Back before Detroit began to get its act together, the city’s property records were a mess. With thousands of parcels in the city vacant, abandoned, foreclosed and often subject to mortgage or title fraud, it could prove frustrating, if not impossible, to even discover who owned a property.

A new technology called blockchain, best known as the underlying architecture for the digital currency bitcoin, can solve problems like messy land titles, plus a lot more. Industries from banking to the automotive world have been taking notice.

Last week, General Motors and Ford joined BMW and Renault and other firms to create the Mobility Open Blockchain Initiative (or MOBI) to explore how this new technology could operate in the automotive world. Banks are also paying attention; so are many other industries.

But the technology for blockchain is so new (about 10 years old at this point) and so little understood by the public that it’s worthwhile to take a few moments to understand it. And so:

A blockchain is a digital network for transactions that eliminates the need for a middleman or central regulator like a bank or a government. Parties to the network create records of their transactions that, once entered in the digital “ledger,” cannot be altered or changed without the approval of the broader network.

To use a simple example, say Mary lends John a sum of money. A year from now John plans to repay the loan, but disagrees with Mary on the amount. Each one kept a record of the loan but each disputes the other’s paperwork.

A blockchain, however, would record the amount of the original transaction — the amount of the debt — and this entry in the “ledger” would remain there for both to see. And because of the complex nature of the blockchain’s design, in which all parties to the network, not just Mary or John, must agree on changes to the stored data, the ledger is essentially unhackable.

As the Economist magazine put it a few years ago: “The blockchain lets people who have no particular confidence in each other collaborate without having to go through a neutral central authority. Simply put, it is a machine for creating trust.”

The term itself derives from “block” — the term for a batch of data in the system — and “chain,” meaning the broader network.

How does it work?

The blockchain is a digital network maintained not by a single command-and-control site but is open to all and maintained by users. Thus no one entity controls it, and there is no one central computer that manages it.

The blockchain is rather like the internet itself — a vast network in which millions of users interact freely. But because of its unique architecture, in which multiple points of the system must confirm the validity of any transaction or changes, the blockchain ledger of transactions is seen as immune to bad actors trying to hack it.

What would we use it for?

Keeping honest land records would be one use. Once a property sale is entered into the digital ledger, it would represent a true record of ownership. Events like mortgage fraud and tax foreclosure would no longer muddy the record. Some nations are already exploring how to use blockchain in this way.

Beyond that, any transaction that requires an honest record and trust on the part of all parties could benefit from blockchain technology.

What about automotive uses?

Once automakers start giving each vehicle a digital identity when it comes off the line, blockchain would allow the collection of data on vehicle use, location, maintenance records and much more. All that data, collected and safely stored in the blockchain ledger, could be used to offer new services to consumers.

Some have even suggested that the self-driving cars of the future may be self-owned, using blockchain technology to record the fees consumers pay for a lift and using that stored cash to buy gas or pay for repairs.

Isn’t this all rather SciFi stuff?

No question blockchain remains in the early stages of development. Some think the technology is overhyped. Among other challenges, it tends to be slower than more conventional means of handling transactions.

And the use of blockchain as the underlying technology for bitcoin — the digital currency said to be favored by money launderers and drug cartels — hasn’t helped its reputation.

But the promise of a tamper-proof recordkeeping system immune to digital attacks or fraud creates a powerful motive to explore blockchain’s possibilities.

Chances are consumers won’t need to worry about mastering yet another new technology anytime soon. But bankers, automakers, tech firms and other high-level players who design the world in which we live are paying serious attention.