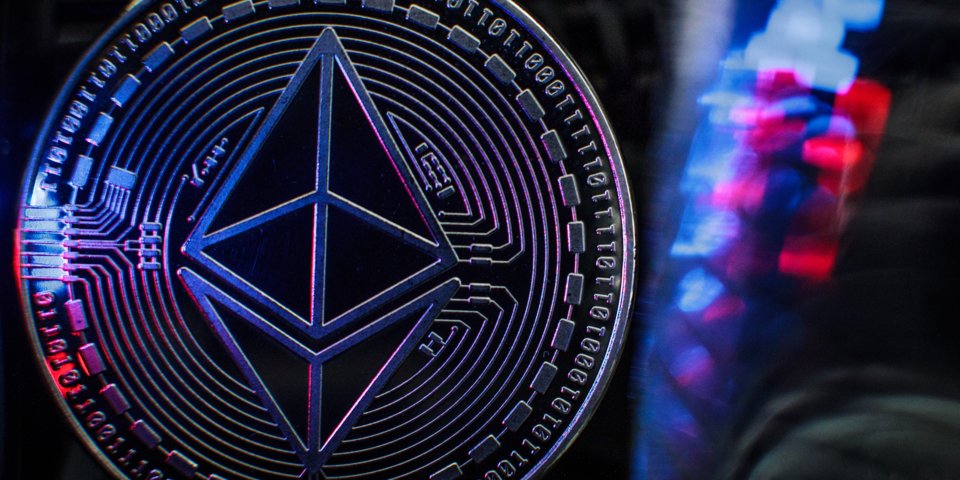 So far, the device of choice to mine the ethereum cryptocurrency has been the traditional computer graphics card.

That could soon change when specialized devices commonly known as “ASICs” are introduced later this year, which are much more efficient at mining cryptocurrencies than graphics cards.

Developers behind the ethereum cryptocurrency are worried about the introduction of ASIC devices, according to a story on Bloomberg. ASICs “could have a negative impact on the Ethereum community and therefore on Ethereum price,” said Sam Doctor, a managing director at Fundstrat Global Advisors who spoke with Bloomberg.

Check out what ASICs are, and why ethereum developers are concerned:

First of all, a quick recap of what cryptocurrency mining entails and why people do it.

When someone is mining for cryptocurrency, they’re making their computers verify digital cryptocurrency transactions, like a ledger. Verifying these transactions involves solving incredibly complex mathematical problems. The problems are so complex that your computer is most likely just a small contributor towards solving the problem – it’s a mere “node” among several other nodes.

The allure of tasking your computer to solve these problems and verify crypto transactions is getting rewarded with a small bit of the cryptocurrency itself. Built-up over time, that reward could be pretty tempting, especially when the price of a cryptocurrency skyrockets, like bitcoin did in early 2017.

A miner is rewarded because the process of verifying crypto transactions actually uses up a lot of electricity, which can run up your electricity bill quite considerably. Without some kind of incentive, there would be few reasons to pay higher electricity bills to mine cryptocurrency.

The best way to mine ether so far is to use computer-graphics cards. 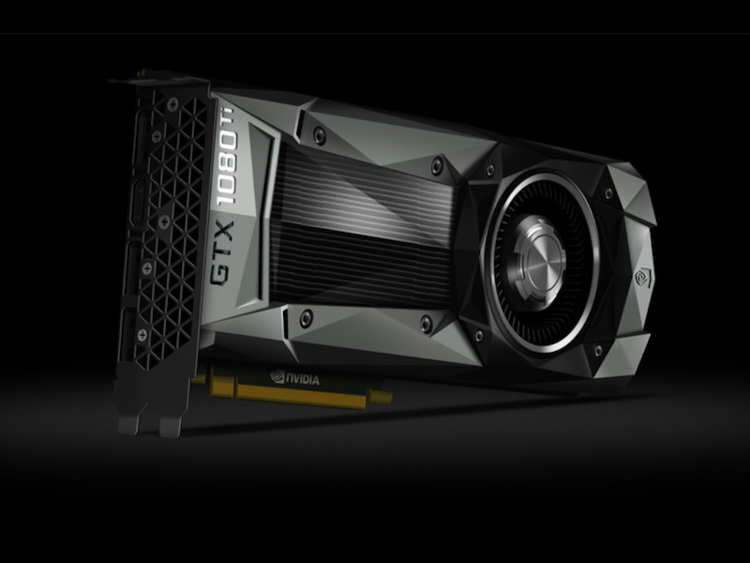 The standard graphics card is primarily designed to render the visuals and graphics of pretty much anything you see on your computer screen. That includes your operating system whether it’s Windows 10 or macOS, your apps, and video games. Graphics cards are also used by professionals for photo and video editing.

These graphics cards are widely available consumer products used by pretty much anyone with a need for one. They can be bought at regular tech stores like Best Buy or at online stores like Newegg.

It also turns out that graphics cards are good at solving the complex math problems to verify a crypto transaction. But they’re not as good as ASIC mining devices.

ASICs are basically devices that are designed to do one thing, and they’re really good at it. 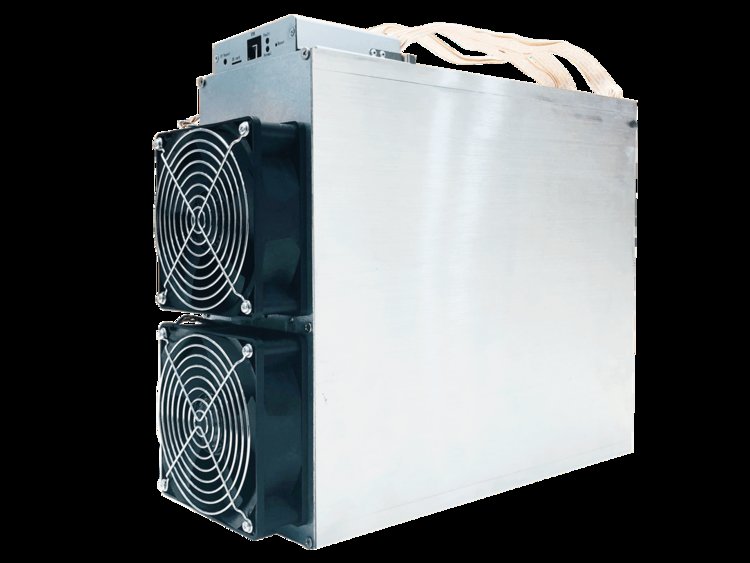 ASIC stands for “application-specific integrated circuit.” In other words, an ASIC is a device that’s designed for a specific purpose or use. By focusing on a single application, ASICs are often better than other devices that are designed around a broader set of applications.

With that in mind, an ASIC can actually be any electronic device with a specific application, not just a cryptocurrency-mining device. Still, dedicated devices used for mining cryptocurrency are generally known as ASICs.

ASIC-mining devices are generally rectangular devices with barely any styling. Inside the utilitarian metal chassis are components that are much more efficient than traditional graphics cards at solving the math problems to verify crypto transactions because they’re purely designed to mine cryptocurrencies. Traditional graphics cards have a much broader job description than ASIC devices, like rendering the graphics for visually intensive jobs like video games and video editing, and so they’re not as efficient at mining cryptocurrencies as mining ASICs. You can think of it like the difference between soccer cleats and regular sneakers. Sneakers are extremely versatile – you can wear them pretty much anywhere and even play soccer with them. Soccer cleats, on the other hand, wouldn’t be comfortable for taking a walk. They’re specifically designed to offer traction and control on the slick grass of a soccer field, and they’ll offer much better performance for playing soccer, if that’s your intention.

There are varying models of ASIC miners. Some are designed to mine specific cryptocurrencies like bitcoin itself, litecoin. Soon, models that can mine ether will emerge. 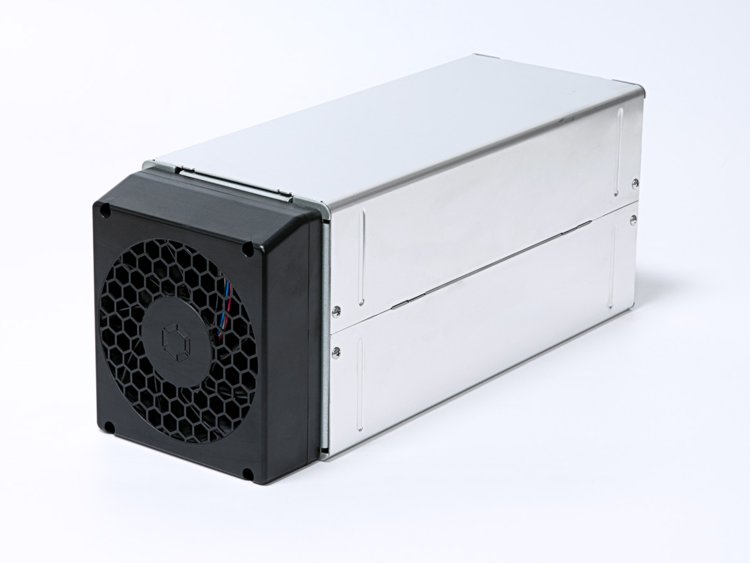 Different ASIC miners also come with varying price tags. Some cost as low as $150, and others can go for above $2,000. An ASIC miner’s price tag usually reflects how quickly they can process the complex problems that are used to verify digital cryptocurrency transactions.

For example, the $160 Antminer S9 from the company Bitmain promises to mine certain cryptocurrencies at 4 terahash per second (TH/s). Meanwhile, the $925 Antminer S9i promises speeds of 14 TH/s. The higher the number, the faster the problems can be solved.

Ethereum developers are worried about ASICs because they could be too good at mining ethereum. ASIC devices have been used to mine other cryptocurrencies like bitcoin and litecoin for some time now. And now they’re soon becoming available to mine ethereum.

Once ASIC devices become available for ethereum miners, ethereum developers are worried they’ll negatively impact the very essence of ether as a cryptocurrency.

In turn, fewer ethereum miners means the ethereum cryptocurrency would become less decentralized, and it could inch further and further into something that resembles the traditional centralized banking system.

The introduction of ASIC miners designed for ethereum “would not be in the economic best interests of any participant in a cryptocurrency ecosystem as it would weaken faith in the currency, causing its value to fall,” according to Susquehanna Investment Group’s Christopher Rolland, who spoke with Bloomberg. 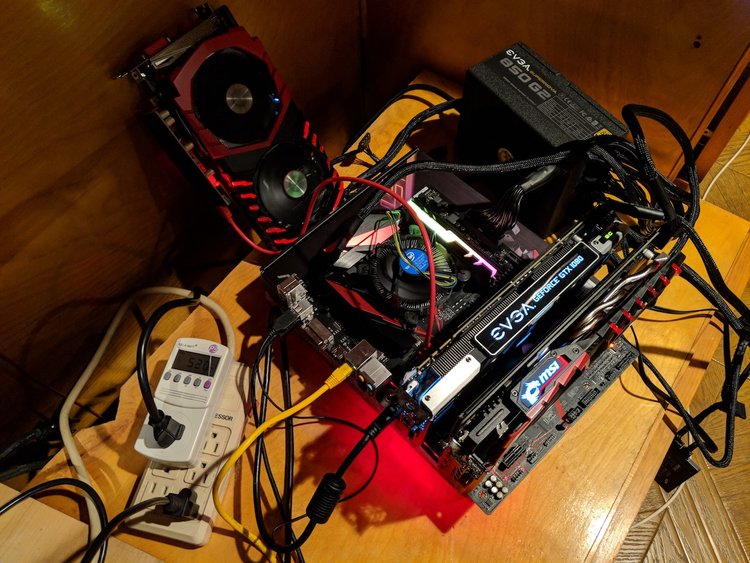 Indeed, anyone can buy an ASIC from companies like Bitmain or Canaan. But then again, remember that ASIC machines can only do one thing: Mine cryptocurrency. You’d have to willingly invest in an ASIC device that can only be used for crypto-mining. They have a limited value.

Meanwhile, a lot of people have graphics cards for their work or hobbies. They aren’t necessarily investments purely dedicated to cryptocurrency mining, and they have a less limited value than ASIC devices. Take me, for example. I have one of the most powerful graphics cards available in my PC designed to play video games. And while I have this graphics card, I might as well set it to mine for cryptocurrencies while I’m not playing a game to get the financial reward.

But if someone isn’t that interested in cryptocurrency mining, there’s less chance they’ll buy an ASIC device to mine because ASIC devices are extremely expensive.

Graphic cards fit in perfectly with ethereum developers’ vision where the project was run by a “world computer,” according to Bloomberg. Millions of people already have graphics cards that can contribute to the decentralized etherum ledger. Fewer people — at least the casual miners — are likely to buy dedicated ASIC mining devices, like the $2,150 Antminer E3 designed for etherum mining.