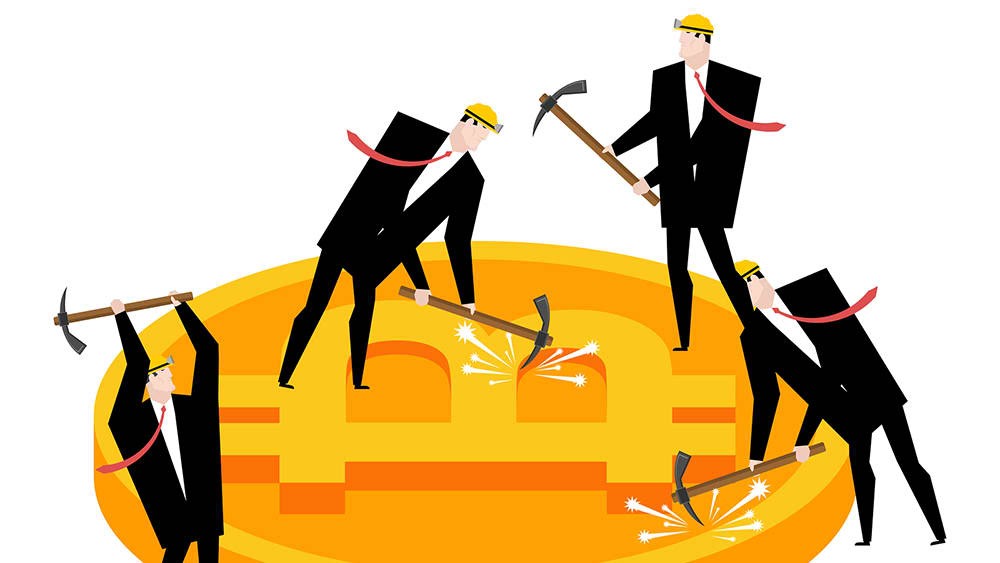 The growth of bitcoin “mining” activity could send the cryptocurrency’s price as high as $64,000, investment research firm Fundstrat said Thursday.

Bitcoin is created through an energy-intensive process known as mining, in which computers receive the cryptocurrency as reward for solving complex mathematical equations. Processing power to guess the solution is known as “hash power,” which Fundstrat predicts will grow 350 percent through 2019.

Performance of bitcoin over the last 12 months

Bitcoin traded near $9,300 midday Thursday. Last year, the cryptocurrency surged from less than $1,000 to above $19,000, helped by a flood of investor interest. Concerns about a regulatory crackdown have helped send prices lower so far this year.

However, the economics of bitcoin mining likely create a support level for the cryptocurrency, Doctor said. He said bitcoin miners are more likely to hold bitcoin as its price falls to breakeven for operating costs, and sell as its price rises, leading to greater profits.

“The primary net sellers, in our view, are bitcoin miners, and the rest are transactions between investors,” Doctor said during a conference call Thursday.

Mining depends on factors such as the cost of electricity, cooling equipment and specialized hardware, known as rigs.

As of May 6, Fundstrat estimates the cash break-even price for the older Antminer S7 model is $6,003 per bitcoin, and $2,368 for the newer Antminer S9. Both are made by Beijing-based Bitmain, which Bernstein analysts estimate had $3 billion to $4 billion in operating profits last year.

“The release of the next generation of rig hardware should trigger a new round of capex as well as hash power growth, which could accelerate if BTC price appreciates,” Doctor said.

Fundstrat co-founder Tom Lee is the only major Wall Street strategist to cover bitcoin. He issued his first formal report on the cryptocurrency last July, when bitcoin traded near $2,540. At the time, Lee predicted bitcoin could become a substitute for gold and reach $20,000 to $55,000 by 2022.