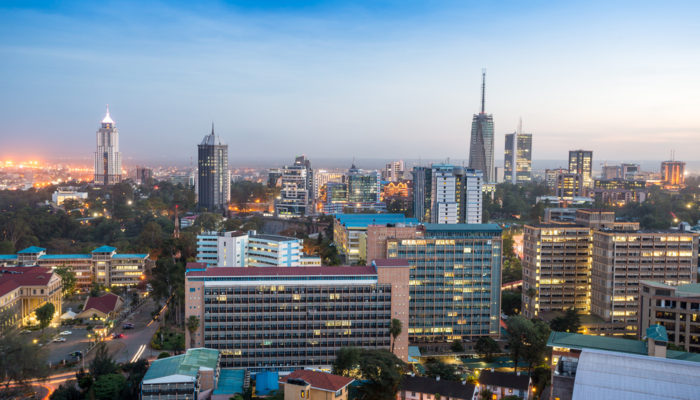 In many countries around the world proving ownership of land through title is a complicated business that lends itself to corruption but in Kenya, a team has been assembled to use blockchain technology to put an end to land grabbing.

Kenya Plans to Legitimize Land Ownership with Blockchain
Sometimes referred to as the ‘Silicon Savannah’ Kenya is considered to be a technological giant on the continent of Africa. Still, something that should be as straightforward as processing a land ownership title can be fraught with problems due to corruption throughout the bureaucracy.

Cases of ‘double ownership’ of land are common in many African and developing nations where property is an important store of wealth and officials can be easily paid to change documents. Kenyan Minister of information Joseph Mucheru has been charged with putting together a team to investigate how Blockchain and Artificial intelligence technology can put an end to the theft of land.

Proponents of creating a blockchain based title directory say establishing title on a decentralized distributed ledger network takes the need to trust officials out of the equation. Mr. Mucheru said that using a blockchain platform will provide “security, efficiency, and transparency”.

“We missed the internet wave, caught up with mobile technology… blockchain is the next wave – and we must be part of it,”

Kenya isn’t the only county in Africa to struggle with land ownership disputes. Most former colonial countries had land titles established under the colonial power which after independence became unclear especially where land was held communally. Peter Tole head of Land Layby Group, a Nairobi-based real estate firm is working with a parallel goal to that of the government team but with a commercial end in mind.

His company launched a private blockchain based land registry network in order to help clients buy property safely. Tole hopes to expand this network to other countries that face the same problems as Kenya like Tanzania, Ethiopia, Ghana and Papua New Guinea. He told Reuters “I see most African governments adopting this (blockchain) technology that will revolutionize land registries,”

Blockchain Powered Land Titles Could Benefit 70% of the World
Though most prevalent in poorer nations land title disputes are a problem all over the world. The World Bank estimates that 70% of the world’s population lack access to proper land titles. Sweden though one of the wealthiest and most advanced countries saw a way to improve their already highly digitized record keeping system with blockchain in 2107.

The Lantmäteriet, Sweden’s land registry authority completed a two-phase experiment to move land records onto a private blockchain network with a ready to work date in 2019 at which time other public bodies will begin the same process. Other countries like Hunderous and Georgia have also started testing on a similar network.