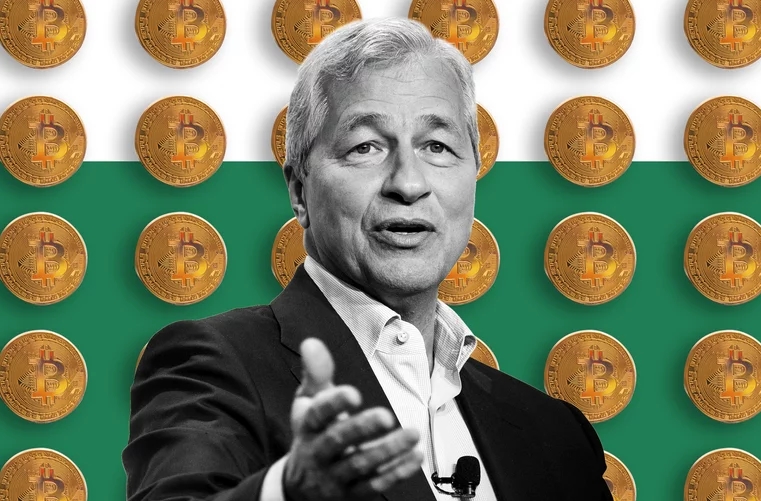 Here we go. J.P. Morgan Chase has applied for a patent to facilitate payments between banks using the blockchain.

The patent was originally submitted in October, but the application was made public by the U.S. Patent and Trademark Office on Thursday. It outlines a system that would essentially use distributed ledger technology, such as blockchain, to keep track of payments sent between financial institutions.

In the application, J.P. Morgan notes that cross-border payments require “a number of messages” that must be sent between the bank and clearing houses involved in the transaction. This often results in delays and a restricted availability to the funds. Rather, the transaction on the blockchain would eliminate high costs, provide a system for accurately logging the transactions, and process payments in real time with a verifiably true audit trail.

This may come as a surprise given J.P. Morgan CEO Jamie Dimon’s tirade about Bitcoin several months ago, suggesting the cryptocurrency is “a fraud” and that he would fire any employee trading Bitcoin for being “stupid.”

But Dimon was careful to distinguish between cryptocurrencies and the blockchain because, well, J.P. Morgan has actually built its own blockchain on top of Ethereum. The bank is also one of 86 corporate firms to play a role in forming The Enterprise Ethereum Alliance, an open-source blockchain initiative. The idea of the EEA is for big banks and tech companies to come together and build business-ready versions of the software behind Ethereum, a decentralized computing network based on digital currency.

The patent filed in October is reminiscent of another Bitcoin-style payment system J.P. Morgan tried to patent in 2013. Although the patent was reportedly rejected, it’s fascinating to see the bank lay out some of the problems with the existing payment structure. For instance, “Furthermore, to date, there is no efficient way for consumers to make payments to other consumers using the Internet. All traditional forms of person-to-person exchange include the physical exchange of cash or checks rather than a real-time digital exchange of value. In addition, the high cost of retail wire transfers (i.e., Western Union) is cost prohibitive to a significant portion of society.”

Let’s see what happens the second time around.