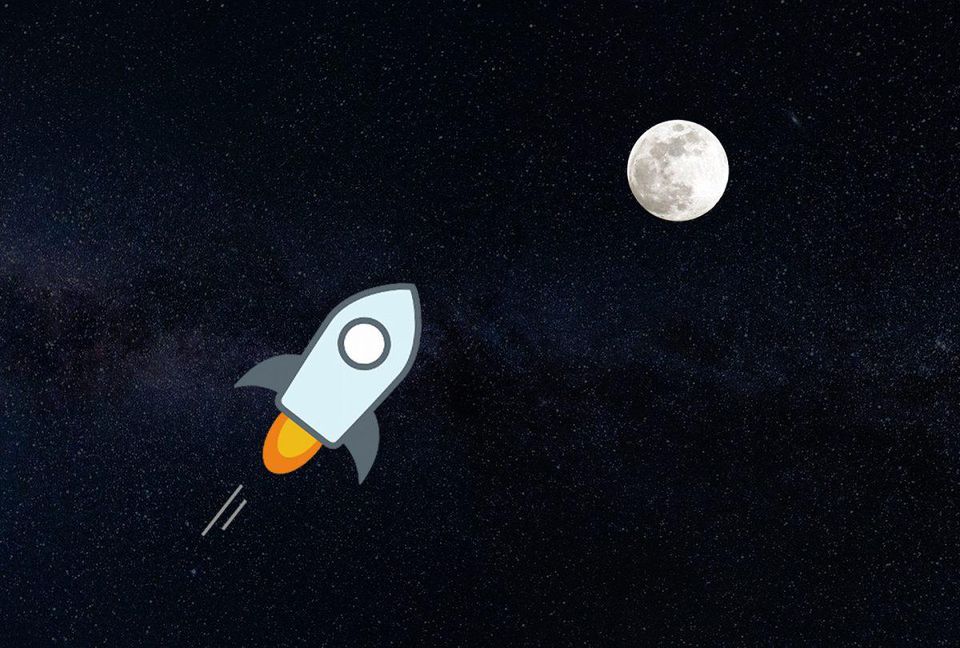 Stellar Lumen’s XLM has been enjoying great success lately. XLM’s blockchain makes money transfers efficient, quick, safe and reliable, so banks and financial institutions are jumping on the wagon, and creating demand and enthusiasts, investors, and traders are following suit. Currently valued at $0.443952, this coin has held a steady value throughout the recent altcoin crash, which means it’s just doing great. Here’s why.

XLM’s value has increased by double digits ever since the current year begun. This alone puts it in a different league than most other cryptocurrencies (most of them have gone a bit back this year), and makes a good investment option. XLM is showing the world how the Blockchain can transfer value quickly and cheaply for everybody.

Because it admits multi-currency transfers, this altcoin is famous internationally, and traders, speculators, and financial institutions look at it favorably. This reach and versatility make it likely for it to grow in value this year. But that’s not the only reason; there are several others, lucrative listing being the main one right now.

Hong Kong’s OKEx exchange recently listed this coin, and this is a big player. It is the world’s fifth largest as far as trading volume is concerned. They started last December 28th, and that made traders and investors pay attention. This helped raise the coin’s value as we can notice today.

After being listed by OKEx, more 1.4 million USD were traded using Stellar’s XLM just during the first day. Then the holiday season kicked in, but when business was back on track, mainstream business and financial firms were keen to join in the Stellar phenomenon.

Pundi X is a POS (Point-of-sale) solution for the cryptocurrencies, headed in Jakarta, Indonesia. It makes it easier for users and retailers to use altcoins for retail transactions. Late last year, Pundi X announced a strategic deal with Stellar.

This deal will allow Pundi X to use Lumen‘s Blockchain to make payments in Indonesian Rupiah faster and safer between parties. The funds will go through borders cheaply and safely and, besides, that, the Stellar Lumens XLM token will be included in the POS system, it will be available for all users.

In this way, Pundi X is becoming a credit arbiter for transactions that involve XLM and the Indonesian Rupiah or vice versa. The deal gained was a hit for XLM, so it’s been getting a lot of attention from the Asian markets, which has helped prop up its price to the current levels. Then IBM started to show some interest too which also helped things a great deal.

IBM’s attention has never hurt anybody. They chose to partner with Stellar to create a payment system tailored for South Pacific countries. This system works mainly in British Pounds and Fijian Dollars for now.

While the platform is still in diapers, it’s planned to grow to include seven different fiat currencies including New Zealand Dollar, Australian Dollar, and Tonga Pa’anga. Lumen’s coin will enable IBM to bring all these currencies together, reduce costs, and make exchanges among them incredibly fast. It will be intuitive and beneficial for every user alongside the companies who join it.

The news brought the coin’s value further up, and since IBM is in it for the long run, long-term edges can be expected from this partnership. If your e-Wallet includes XLM, needless to say, this is incredible news for you.

Wisdom is the point

It’s become clear to everybody watching the cryptocurrency market that Stellar is performing way above average. It’s been holding and increasing its value. It’s also been choosing the right strategic partnerships to keep ahead from everybody else’s game. And there’s every reason to expect there’s more to come. Did you get some Stellar Lumens already? Don’t sell just yet. Don’t have any? Get some!